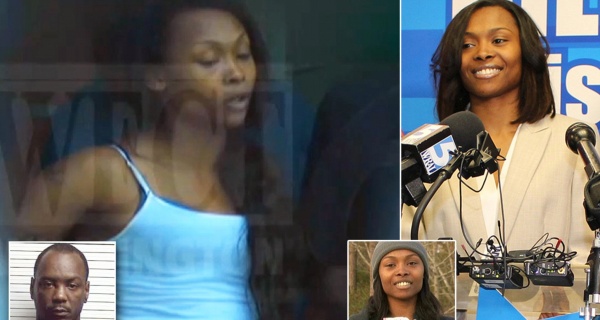 Marie Holmes went viral six years ago for spending her lottery money to bail him out of jail; now he's suing her

A North Carolina woman who made headlines after winning a $188 million Powerball jackpot and using some of her winnings to post bail for her fiancé is now being sued by the very same man for allegedly “giving away” over $1.4 million worth of gifts to him before their breakup.

As we previously reported back in 2015, Marie Holmes went viral after it was reported that she was using her lottery earnings to post bail multiple times for her then-fiancé Lamarr McDow.

According to the records, Holmes spent more than $600,000 of her earnings on McDow’s bail bonds alone.

“What Y’all need to be worried about is Y’all money and not how I spend mine this is benefitting Y’all how?” Holmes responded to her legions of critics on a North Carolina TV station’s Facebook page. “And no he’s no drug dealer or user but who are Y’all to judge anybody? I will definitely pray for Y’all because it’s much need…they talked about Jesus so I’m not surprised Y’all are talking about me but be blessed though.”

But six years after Holmes chose to take the lump-sum payment of $127 million, which comes out to $88 million after taxes, it appears things have soured between her and McDow, who has filed a federal lawsuit against her.

According to the lawsuit, the couple met in 2012 when Holmes “was working at McDonald’s and living with her mother and three kids in a single-wide mobile home.” During their relationship, they had two children together.

McDow concedes in the suit that Holmes was generous with her winnings at first, buying him a “$250,000 modified Chevrolet Stingray, $100,000 worth of clothes and jewelry, and a $600,000 auto restoration business, along with other large purchases.”

Despite posting his bail in February of 2015, by January 2017 McDow had been convicted of his 2014 drug trafficking charges and was preparing to spend seven years in jail. He claims that is why his fiancée was his agent through a power of attorney.

“Mr. McDow authorized Ms. Holmes to store, maintain, and protect his real and personal property during his incarceration,” the lawsuit states. He also claims that although the titles for the Corvette and business are in Holmes’ name, she purchased them all for him.

Holmes had the couple’s second child while McDow was behind bars but over time they became distant. When they finally ended their relationship in August of 2017, the lawsuit claims McDow learned through friends that Holmes had started dating someone else, gave his clothes away, sold his property, and then shut down his auto restoration business.

McDow is scheduled to be released from prison in 2023. He is now seeking compensation for the assets he alleges were his as well as punitive damages.