Motown Records Was A Hit Machine. Here Are The 50 Greatest Motown Hits From The Detroit Era 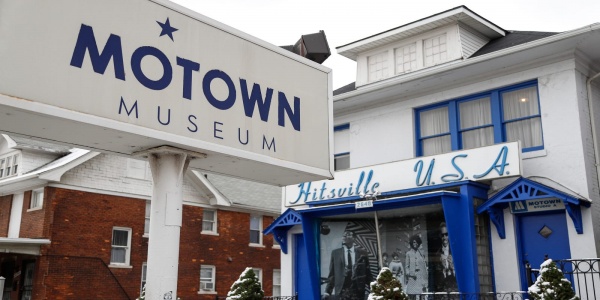 As the National Museum of African American Music opens its doors, journalists from the USA TODAY Network explore the stories, places, and people who helped make music what it is today in our expansive series, Hallowed Sound.

Motown Records’ creative ingenuity and commercial prowess made it a hit machine, one that’s still chugging along today — indeed, a list of Motown classics could fill a book. For now, here are 50 essential singles from Motown’s Detroit era, defined as 1959-1972, as selected by the Detroit Free Press and its readers to commemorate the label’s 50th anniversary.

Playlist: Click here to listen to these songs and more on Spotify

A piece of sweet soul bubblegum from Michael Jackson and his brothers gave them a second No. 1 hit.

Nickolas Ashford and Valerie Simpson’s composition proved versatile enough to soar in three very different sets of hands: first as an ebullient duet by Gaye and Terrell, then as a simmering epic, complete with spoken-word passages, from Ross three years later.

Yeah, so what man wouldn't beg if he could do it with David Ruffin's raspy tenor?

Almost operatic in scope, packed with strings and grand flourishes, this sophomore Four Tops hit is an anthem for the heartsick.

Recorded at 2 a.m. after a gig at Detroit's 20 Grand club, "Baby" made for one heck of a sleeper breakthrough.

The Supremes scored five consecutive No. 1 hits in '64-'65. This warm tribute to reunited love was the fifth.

The veteran R&B quartet scored again thanks to an iconic bass line from James Jamerson and reliably ear-grabbing lead vocal from Levi Stubbs.

In the heat of Motown’s pressure cooker, Lamont Dozier hurriedly but masterfully penned this mid-tempo classic under pressure to follow up the Supremes' first hit ("Where Did Our Love Go").

Hear that tambourine mixed high on the second and fourth beats? The horns, guitars, and piano congested in the middle? The limber bass bouncing around below like a pinball? That's the Motown sound.

Frat-party R&B, Motown style. The single peaked at No. 3 upon its initial release, and nearly cracked the Top 10 again when it was reissued as part of 1988’s “More Dirty Dancing” soundtrack.

Live and deliciously sloppy, this record was far removed from Motown's compressed studio sound. But then Wonder — little or big — never did quite fit the standard mold.

With its spare and simple instrumentation, this track leaves ample room for young Gaye to slip his supple vocals right into your ear.

Two studio takes were enough to capture what endures as one of pop's most blessed vocal performances: If Levi Stubbs' passionate pleading doesn't smolder in your chest, you might want to check for a heartbeat.

Motown's Christmas present to the world in 1968: Gaye's aching falsetto, Norman Whitfield's haunting arrangement, and — until Eminem’s “Lose Yourself” decades later — the most commercially successful single to emerge from Detroit.

With the Jacksons' vocals tucked onto an instrumental track originally cut for Gladys Knight & the Pips, this debut single practically drips with exuberance.

Stormy soul from the Tempts in one of David Ruffin’s last hurrahs with the group.

It was the biggest hit for one of the most successful groups of the emerging decade. With its shiny melody, echoed background vocals, quirky harpsichord, and slick production, it blended the best of the Detroit sound with the label's oncoming West Coast vibe.

All the exhilaration of blissful love gets packed right into the cathartic chorus of this buoyant duet.

The Holland-Dozier-Holland songwriting team found its legs on this ebullient summer smash. Note the repetitive swap of brief verse and chorus, a brand of song construction that would become a Motown trademark.

Cosmopolitan vocals, big beats, a jaunty air — and one of the only American tunes able to bust the Beatles' lock on the top spot in the spring of '64.

Some might say this blustery song — which turned out to be Motown's first Top 40 hit — set the tone for Berry Gordy Jr.'s musical empire: "Give me money / Lots of money ..."

Smokey Robinson’s tenderly rendered falsetto is the star in a lament over love lost.

Motown's first pop chart-topper — featuring a young Marvin Gaye on drums — had as much in common with New York's girl-group sound as Detroit's burgeoning soul-pop.

Dark, dramatic, gritty balladry. There are few more tension-filled moments in popular music than the one-bar break that sits between this song's verse and chorus.

Patent it, fellas, this one's the prototype: commercial R&B dance-pop, with Smokey's whimsical lyric and an infectious vocal hook.

In a year of elegantly arranged craftsmanship at Motown, Walker’s driving, rambunctious hit brought a different brand of heat.

Motown on 425 degrees of groove, deep-fried, and served with tangy sauce. As the song progresses, listen to Wonder gulping for breath between lines.

Someday, it turns out, they would not — at least not this incarnation of the Supremes. But this song did make for a poignant — if unintended — farewell just before Ross embarked on a career as a solo star.

A showcase track from Holland-Dozier-Holland's so-called classical period, drenched in strings, marked by theatrical shifts in dynamics, and grounded in the same dark key — B-flat minor — as Chopin's "Funeral March."

The little record that spurred teenage girls to sing and strut in front of their bedroom mirrors.

Stevie Wonder wrote the music for this calliope-touched track, recorded by the Miracles in 1967. It was released as a U.S. single three long years later — only after it had sneaked to No. 1 in England.

Miracles Bobby Rogers and Smokey Robinson penned this one driving back to Detroit from a New York gig; producer Robinson turned it into the Tempts' warm 'n' smooth breakthrough hit.

The Isleys’ Motown tenure ran just three years, but it produced one of the enduring pop-soul gems.

To understand why Gaye was among the best vocalists of his era, listen to his voice as he arrives at the last word of each verse. Most singers would emphasize the downbeat; Gaye eases up, letting his voice softly massage the note through the change, as if he's caressing a feather.

An ecstatic gush of overdriven sound, with a rock beat so brisk it threatens to trip over itself.

After initially recording it with The Temptations, Norman Whitfield took his socially conscious song to Starr, whose fiery delivery helped give Motown its most politically pointed No. 1 song to date.

44). ‘What Becomes of the Brokenhearted’

Considered by critics to be among the finest work not only from Motown, but from the last half-century of popular music. The rich, silky track was also one of the last significant songs cut at Detroit’s original Hitsville studio.

The inaugural No. 1 for the girls from the Brewster-Douglass housing projects.

Diana Ross may have been Motown's queen, but James Jamerson is boss here, driving the music with that familiar stuttering bass line.

This Holland-Dozier-Holland opus is one of Motown's most prolific cover songs: Rockers Vanilla Fudge took it to the Top 10 in (1968), and British pop star Kim Wilde carried it back to No. 1 in 1987.

One of the all-time classic duets, as Gaye and Terrell match each other note for passionate note.

Adolescent ache for the ages, brought to life again by the Motown-infatuated Beatles on their second album.