Watch The Trailer For Netflix’s Notorious B.I.G. Documentary, ‘Biggie: I Got A Story To Tell’ 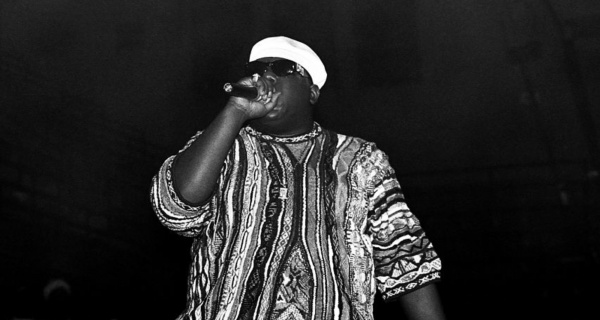 Netflix has shared the first trailer for its upcoming Notorious B.I.G. documentary, Biggie: I Got A Story To Tell. The streaming platform will premiere the film next month and gave fans a first glimpse of the project on Monday (Feb. 15).

According to the trailer, the forthcoming biopic will focus on Biggie’s origin story and who he was before becoming one of the world’s most influential rappers. The trailer offers a sneak peek at interviews with some of Biggie’s closest friends and family, including his mother Voletta Wallace and Diddy, both of whom served as executive producers on the project. Biggie: I Got A Story To Tell will also feature anecdotes and interviews with Faith Evans, Junior M.A.F.I.A.’s Lil’ Cease, and more.

“Every legend has an origin story,” a bio for the movie reads. “Christopher Wallace, a.k.a The Notorious B.I.G., remains one of hip hop’s icons, renowned for his distinctive flow and autobiographical lyrics. This documentary celebrates his life via rare behind-the-scenes footage and the testimonies of his closest friends and family.”

Netflix notes that Biggie: I Got A Story To Tell was made in collaboration with the rapper’s estate and features never-before-seen footage filmed by his close friend Damion “D-Roc” Butler. The streaming platform also teased that the documentary will show “a side of Wallace that the world never knew.”

Emmett Malloy directed the upcoming film and Mark Pitts, Stanley Buchthal and Brendan Malloy served as executive producers, along with Voletta and Diddy.

“Biggie blew up overnight. We have no origins from what rap planet this guy came from,” Diddy says in the trailer.

Biggie’s mother adds, “I was happy that he was making something with his life.”

Biggie: I Got A Story To Tell will premiere on Netflix on March 1. Watch the documentary’s first trailer and see its poster below.