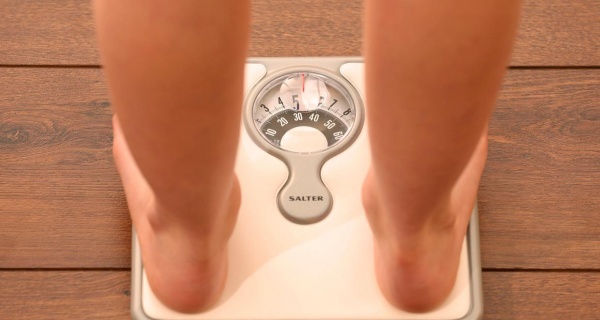 A drug that suppresses appetite has led to some people losing more than a fifth of their body weight, a major international trial shows.

A weekly injection of the drug, semaglutide, was given alongside advice on diet and fitness.

The study, conducted on almost 2,000 people, showed an average 15kg weight loss during the 15-month trial.

Scientists said the results could mark a "new era" in treating obesity with even more therapies on the horizon.

Jan, from Kent, lost 28kg (four stone), equivalent to more than a fifth of her body weight.

"The drug changed my life and completely altered my approach to food," she said.

She said dieting had made her "miserable" but taking the drug was completely different as she was less hungry.

However, now Jan has come off the trial her appetite has returned and she is putting weight back on.

She said: "It felt effortless losing weight while on the trial, but now it has gone back to feeling like a constant battle with food."

The drug works by hijacking the body's appetite levels and mimicking a hormone - called GLP1 - that is released after eating a filling meal.

The trial gave some people the drug and others a dummy injection, while both groups were given the lifestyle advice.

The results, published in the New England Journal of Medicine, showed people lost an average of 15kg on semaglutide compared with 2.6kg without.

However, 32% of people lost a fifth of their body weight with the drug, compared with fewer than 2% on the dummy treatment.

Prof Rachel Batterham, from UCL and one of the UK researchers, told the BBC News website: "This is a game-changer in the amount of weight loss it causes.

"I have spent the last 20 years doing obesity research, up until now we've not had an effective treatment for obesity apart from bariatric surgery."

She said losing weight would reduce the risk of heart disease, diabetes, and of severe Covid-19.

Semaglutide is being submitted to drug regulators so cannot be routinely prescribed. However, Prof Batterham expects the drug would be used initially by specialist weight loss clinics rather than being widely available.

There were side-effects to the treatment including nausea, diarrhea, vomiting, and constipation. And there are five-year studies taking place to see if weight loss can be sustained in the long term.

Prof Sir Stephen O'Rahilly, from the University of Cambridge, said: "The amount of weight loss achieved is greater than that seen with any licensed anti-obesity drug.

"This is the start of a new era for obesity drug development with the future direction being to achieve levels of weight loss comparable to semaglutide, while having fewer side-effects."

Dr. Duane Mellor, a dietitian and from Aston Medical School, said: "It is useful to have a potential option to help people lose weight, however, we need to acknowledge that weight loss will still need a lifestyle change, and that any medication or change in lifestyle can bring potential risks and side-effects.

"So, it is always wise to speak to a health professional before trying to lose weight."