86 Black History Month Quotes That Will Inspire And Motivate You 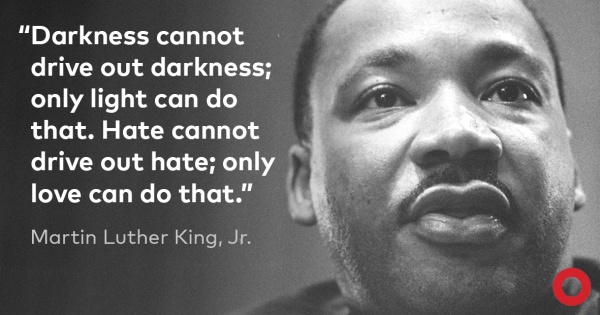 The contributions of Black people to American society and the world should be celebrated every day of the year. But February, a.k.a. Black History Month presents a unique opportunity to do so.

These quotes by notable Black people reflect their struggles, achievements, wisdom, and the mantras they used or still use to get by. They'll challenge you to do better, even when it seems like the world is against you. For some, the obstacles were enormous. But nevertheless, they persevered.

So, use these quotes to help challenge your thinking and motivate you to do better. From the mantras Muhammad Ali lived by to make him the greatest boxer of all time to Michelle Obama's thoughts on what it means to fail, here are 85 quotes you can use to reflect on Black history in February, and every other month of the year.

1). "Instead of letting your hardships and failures discourage or exhaust you, let them inspire you. Let them make you even hungrier to succeed." -Michelle Obama

2). “Every great dream begins with a dreamer. Always remember, you have within you the strength, the patience, and the passion to reach for the stars to change the world.” —Harriet Tubman

3). “Success is to be measured not so much by the position that one has reached in life as by the obstacles which he has overcome while trying to succeed.” —Booker T. Washington

5).“He who is not courageous enough to take risks will accomplish nothing in life.” —Muhammad Ali

7). “Did you know that the human voice is the only pure instrument? That it has notes no other instrument has? It’s like being between the keys of a piano.” —Nina Simone

9). “You can’t separate peace from freedom because no one can be at peace unless he has his freedom.” —Malcolm X

10). “For I am my mother’s daughter, and the drums of Africa still beat in my heart.” —Mary McLeod Bethune

11). “I’ve missed more than 9,000 shots in my career. I’ve lost almost 300 games. 26 times, I’ve been trusted to take the game winning shot and missed. I’ve failed over and over and over again in my life. And that is why I succeed.” —Michael Jordan

13). “The soul that is within me no man can degrade.” —Frederick Douglass

14). “Just don’t give up what you’re trying to do. Where there is love and inspiration, I don’t think you can go wrong.” —Ella Fitzgerald

16). “The one thing I feel is lacking in Hollywood today is an understanding of the beauty, the power, the sexuality, the uniqueness, the humor of being a regular Black woman.” —Viola Davis

18). “It was when I realized I needed to stop trying to be somebody else and be myself, I actually started to own, accept and love what I had.” —Tracee Ellis Ross

20). “Your willingness to look at your darkness is what empowers you to change.” —Iyanla Vanzant

21). “True peace is not merely the absence of tension; it is the presence of justice.” —Martin Luther King Jr.

22). “When we’re talking about diversity, it’s not a box to check. It is a reality that should be deeply felt and held and valued by all of us.” —Ava DuVernay

23). “I always believed that when you follow your heart or your gut, when you really follow the things that feel great to you, you can never lose, because settling is the worst feeling in the world.” —Rihanna

24). “Challenges are gifts that force us to search for a new center of gravity. Don’t fight them. Just find a new way to stand.” —Oprah Winfrey

25). “Belief in oneself and knowing who you are—I mean, that’s the foundation for everything great.” —Jay-Z

26). “Go to work in the morn of a new creation…until you have…reached the height of self-progress, and from that pinnacle bestow upon the world a civilization of your own.” —Marcus Garvey

28). “There have been so many people who have said to me, ‘You can’t do that,’ but I’ve had an innate belief that they were wrong. Be unwavering and relentless in your approach.” —Halle Berry

29). “We should emphasize not Negro History, but the Negro in history. What we need is not a history of selected races or nations, but the history of the world void of national bias, race hate, and religious prejudice.” —Carter Woodson

30). “For to be free is not merely to cast off one’s chains, but to live in a way that respects and enhances the freedom of others.” —Nelson Mandela

31). “The thing about Black history is that the truth is so much more complex than anything you could make up.” —Henry Louis Gates

35). “We will all, at some point, encounter hurdles to gaining access and entry, moving up and conquering self-doubt; but on the other side is the capacity to own opportunity and tell our own story.” —Stacey Abrams

36). “We’re bosses, and that’s what I consider feminism: female hustlers.” —Cardi B

37). “Success? I don’t know what that word means. I’m happy. But success, that goes back to what in somebody’s eyes success means. For me, success is inner peace. That’s a good day for me.” —Denzel Washington

38). “Somebody once said we never know what is enough until we know what’s more than enough.” —Billie Holiday

39). “My humanity is bound up in yours, for we can only be human together.” —Desmond Tutu

40). “If you prioritize yourself, you are going to save yourself.” —Gabrielle Union

41).“If you have a chance to accomplish something that will make things better for people coming behind you, and you don’t do that, you are wasting your time on this earth.” —Roberto Clemente

42). “I have standards I don’t plan on lowering for anybody, including myself.” —Zendaya

44). “Sometimes, I feel discriminated against, but it does not make me angry. It merely astonishes me. How can any deny themselves the pleasure of my company? It’s beyond me.” —Zora Neale Hurston

46).“Women make up more than half of the world’s population and potential. So it is neither just nor practical for their voices, for our voices, to go unheard at the highest levels of decision-making.” —Meghan Markle

47). “Embrace what makes you unique, even if it makes others uncomfortable. I didn’t have to become perfect because I’ve learned throughout my journey that perfection is the enemy of greatness.” —Janelle Monae

49). “Your story is what you have, what you will always have. It is something to own.” —Michelle Obama

50). “I feel safe in the midst of my enemies, for the truth is all powerful and will prevail.” —Sojourner Truth

51). “It’s important for young people to know that they are made the way they are made and they’re beautiful and that’s how they’re supposed to be.” —Raven Symone

52). “Whatever we believe about ourselves and our ability comes true for us.” —Susan L. Taylor

53). “I realized that beauty was not a thing that I could acquire or consume, it was something I just had to be.” —Lupita Nyong’o

56). “I use my platform for more than just myself. Art is a reflection of human emotions. To neglect the political is to neglect what essentially is your job of storytelling. I would rather be known for the content of my character than for the project that I did.”—Zendaya

57). “It is so liberating to really know what I want, what truly makes me happy, what I will not tolerate. I have learned that it is no one else’s job to take care of me but me.” —Beyoncé

59). “When you put love out in the world it travels, and it can touch people and reach people in ways that we never even expected.” —Laverne Cox

62). “I have a dream that my four little children will one day live in a nation where they will not be judged by the color of their skin, but by the content of their character.” —Martin Luther King, Jr.

63). “There is nothing like returning to a place that remains unchanged to find the ways in which you yourself have altered.” —Nelson Mandela

64). “Don’t try to lessen yourself for the world; let the world catch up to you.” —Beyoncé

65). “I’m not concerned with your liking or disliking me… all I ask is that you respect me as a human being.” —Jackie Robinson

66). “How far you go in life depends on your being tender with the young, compassionate with the aged, sympathetic with the striving, and tolerant of the weak and strong. Because someday in your life you will have been all of these. —George Washington Carver

67). “You should never discount anything. I think so many of us tend to be comfortable with what we’re not and complacent with what we’re not. You really don’t have to be. I didn’t solve world peace or anything — it’s not like that. But something that felt so small and intangible ended up being tangible. And that’s just the coolest thing in the world.” —Issa Rae

68). “If we can’t look at the good, bad and ugly of who we are, we are never going to progress as people— ever.” —Rosie Perez

70). “Black people have always been America’s wilderness in search of a promised land.” —Cornel West

71). “Hold fast to dreams, for if dreams die, life is a broken winged bird that cannot fly.””—Langston Hughes

72). “I don’t have any time to stay up all night worrying about what someone who doesn’t love me has to say about me.” —Viola Davis

73). Identity is a prison you can never escape, but the way to redeem your past is not to run from it, but to try to understand it, and use it as a foundation to grow.” —Jay-Z

74). “We all require and want respect, man or woman, black or white. It’s our basic human right.” —Aretha Franklin

75). “Never, ever, let them see you sweat, negra. Fight until you can’t breathe, & if you have to forfeit, you forfeit smiling, make them think you let them win.””?Elizabeth Acevedo, Clap When You Land

78). “I really don’t think life is about the I-could-have-beens. Life is only about the I-tried-to-do. I don’t mind the failure, but I can’t imagine that I’d forgive myself if I didn’t try.” —Nikki Giovanni

79). “If you have no confidence in self, you are twice defeated in the race of life.” —Marcus Garvey

80). “Don’t settle for average. Bring your best to the moment. Then, whether it fails or succeeds, at least you know you gave all you had. We need to live the best that’s in us.” —Angela Bassett

81). "I have learned over the years that when one's mind is made up, this diminishes fear; knowing what must be done away with fear." -Rosa Parks

82). "One of the hardest things in life to learn are which bridges to cross and which to burn." -Oprah Winfrey

83). "If they don't give you a seat at table, bring a folding chair." -Shirley Chisholm

85). "Your story is what you have, what you will always have. It is something to own." -Michelle Obama

86). "The most common way people give up their power is by thinking they don't have any." -Alice Walker