Report: Kim Kardashian and Kanye West Are Getting Divorced 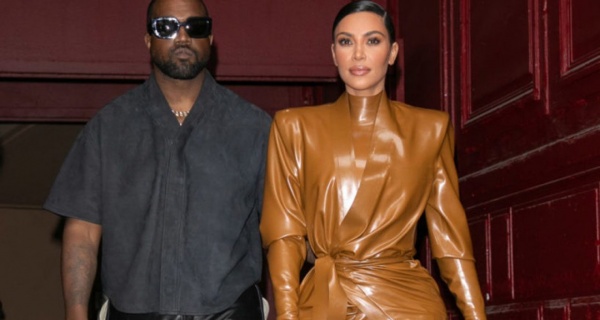 According to Page Six, multiple sources have confirmed that a “divorce is imminent,” and the outlet reports that Kardashian West has hired Laura Wasser, the powerful divorce attorney who has previously represented Angelina Jolie, Heidi Klum, and Kardashian West herself, during her 2011 divorce from Kris Humphries. West reportedly spent the holidays separate from Kardashian West and her family, at his lavish Wyoming ranch.

TMZ, however, cited its own multiple sources to report that the marriage was in “deep trouble” for the last half of 2020, but “they haven’t given up.” According to TMZ Kardashian West has had Wasser on retainer for “for various reasons,” but has not given the greenlight to file for divorce.

Recent reports have suggested their relationship was struggling, particularly during West’s ill-fated presidential campaign last year. After West sent a series of manic tweets in September, a source claimed, “It’s the same thing over and over and over again. He’s on very thin ice with her right now, and she’s truly trying to decide what to do to protect the kids, but also her own sanity.”

Though they have been one of the most famous couples in the world for their entire marriage, they have long endured their share of struggles, many of them linked to West’s own mental health battles. Divorce rumors swirled in 2016, after West was hospitalized for exhaustion—with reports from his doctor of “temporary psychosis due to sleep deprivation and dehydration.” Reports of trouble in their marriage, a passionless relationship, and her frustration with her husband’s actions ran rampant. When she then returned to social media in January, Kardashian West not-so-subtly combatted these rumors with a persistent theme of familial love and togetherness in her posts. Her first Instagram post after her silence was captioned just that: “Family.”

For years afterward the Wests most often put up a united front, even as their interests diverged. Though they both overlapped with the Trump presidency, the contexts could not have been more different: Kardashian West, who supported Joe Biden, worked with the Trump administration as part of her ongoing efforts for prison reform. West, who visited Trump Tower in the days after the 2016 election, made a highly publicized visit to the Oval Office that was ostensibly about prison reform but included quotes like “You better play 4-D chess with me like it’s Minority Report…It ain’t that simple. It’s complex.”

Kardashian West, who is studying to become a lawyer, may be eager to keep on the prison-reform message. “She is serious about taking the bar exam and becoming a lawyer, she is serious about her prison reform campaign,” a source told Page Six. “Meanwhile Kanye is talking about running for president and saying other crazy s--t, and she’s just had enough of it.”