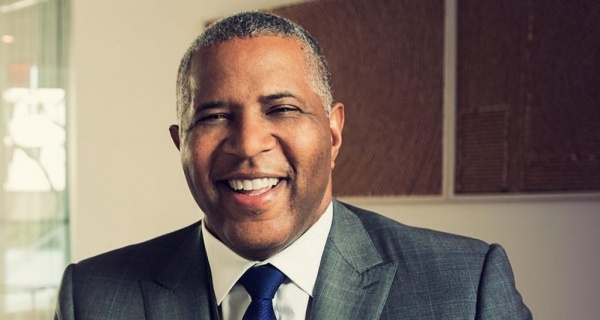 The Robert F. Smith STEAM Academy is slated to open in 2021.

Beyond his business acumen billionaire, Robert F. Smith is known for his philanthropy and he has been dedicated to empowering the next generation of leaders. His latest effort is focused on leveling the playing field when it comes to STEAM education. According to CBS Denver, Smith is launching a high school to inspire students of color to pursue careers in science, technology, engineering, the arts, and math.

The new school—dubbed the Robert F. Smith STEAM Academy—was created as a safe space where students from marginalized communities could be equipped with the skills, knowledge, and resources needed the thrive in the STEAM space. Cognizant of the importance of representation, Smith wanted to cultivate a learning environment where Black students could see themselves reflected. School officials say the institution—which is built on the pillars of “inclusion, Blackness and interdisciplinary focus”—was inspired by the sense of community and cultural richness of historically Black colleges and universities.

Shakira Abney-Wisdom, who will serve as the school’s principal, says she wants the Robert F. Smith STEAM Academy to be a space where Black students can feel seen and heard. “The demographics of people who make up the majority of the STEM professions are not people of color. HBCUs are the number one producers of black professionals in STEM fields. The hope is that the access piece would give students the opportunity to test out and see if they want to be an engineer, or researcher or scientist,” she said in a statement, according to the news outlet. “We get excited about the places where we belong. When we feel that we matter in the space and what we bring is valuable, we show up as our full selves. That’s the piece for me that’s so important.” The school will begin enrolling students in January and classes will start during the summer of 2021.