People Over 45 Are At Greater Risk Of STIs, New Study Finds 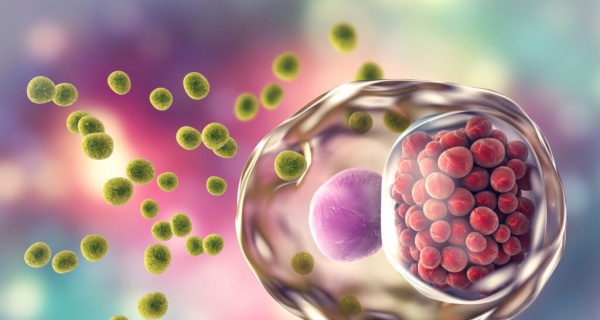 Middle-aged adults face a greater risk of catching sexually transmitted infections than ever before -- because society is unwilling to talk about older people having sex, a new study has found.

Negative attitudes toward sexual health and limited knowledge of the needs of over-45s mean some older people are unaware of the dangers of unprotected sex, researchers from the UK, Belgium, and the Netherlands have warned.

Experts associated with the SHIFT sexual health initiative surveyed 800 adults across the south coast of England and northern regions of Belgium and the Netherlands -- with some 200 respondents identified as facing socioeconomic disadvantage.

Almost 80% of respondents in the general population group were aged between 45 and 65, while 58% of those considered socioeconomically disadvantaged were aged 45-54.

The most cited reason for not using contraception was that participants deemed themselves to be monogamous, exclusive to one relationship, experts said, followed by participants believing they were not at risk of pregnancy.

"Over-45s at most risk are generally those entering new relationships after a period of monogamy, often post-menopause, when pregnancy is no longer a consideration, but give little thought to STIs," Ian Tyndall, senior lecturer at Britain's University of Chichester, one of the project's partner organizations, said in a statement.

Researchers found that more than 50% of respondents in both the general population and in the socioeconomically disadvantaged group had never been tested for a sexually transmitted infection.

Stigma and shame were identified as the greatest barriers to adults accessing sexual healthcare services, with many participants indicating that they felt that sexual health was a "dirty" term, discouraging people from seeking regular health checks.

"A big barrier to people accessing services is societal stigma, and assumptions that older people are asexual and that sex is no longer part of their lives. This really limits the awareness of sexual health services among this group," Tess Hartland, research assistant with the SHIFT project, told CNN.

A "significant number" of survey respondents were also unaware of the risks of sexually transmitted infections, researchers said, while 42% of general respondents in the UK and the Netherlands did not know where their nearest sexual health service was located.

"A lot of services and sexual health promotion is really tailored towards young people," Hartland told CNN, noting that some people in the over-45 age category may have received limited sexual health education at school, affecting their attitudes today.

"A lot of respondents preferred to go to their GP or their doctor rather than a specific sexual health service," Hartland explained. "This means these doctors don't necessarily have a specialism in sexual health.

"Of course, it's quite a sensitive subject and it can be quite difficult to raise, as a health professional, to someone who is over 45," she added.

Researchers found that over-45s living in socially and economically disadvantaged areas were at particular risk of catching sexually transmitted infections, and could have limited awareness of available healthcare services, and limited access to such services.

"It is clear from the numbers reporting fear of being judged by important others who know them and by health professionals that stigma remains a crucial barrier to address in any sexual health promotion intervention," Ruth Lowry, a researcher on the project from Britain's University of Essex, said in a statement.

"The findings have also shown that groups with one or more socio-economic disadvantages, such as homeless people, sex workers, non-native language speakers and migrants, are at even greater risk of being unaware of their sexual health and unable to access the appropriate services," she added.