Smokey Robinson Recalls The Moment He Knew 'My Girl' Was A Hit, Talks New Audible Memoir 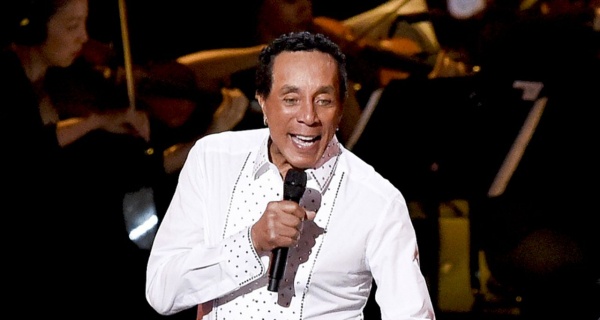 There's no one better to tell Smokey Robinson's story than the Motown legend himself.

On Thursday, the singer, songwriter, and producer will release new audio memoir "Smokey Robinson: Grateful and Blessed," available exclusively on Audible within the Audible Plus catalog. The 100-minute special features a mix of words and music, as Robinson recounts his humble beginnings in Detroit, growing up with future icons Aretha Franklin and Diana Ross. He recalls his early days as frontman of vocal group The Miracles, and work with Motown artists Stevie Wonder, Marvin Gaye, and The Temptations, writing the latter's enduring 1964 hit "My Girl."

Robinson, 80, calls up USA TODAY from quarantine, where he's been spending much-appreciated time with his wife, Frances Gladney, and their 5-year-old white lab, Shiloh.

Looking back at "My Girl," was there a specific moment when you realized just how big that song had become?

Smokey Robinson: Back in those days, (Motown founder) Berry Gordy had a policy with all the producers at Motown: If you produced a No. 1 record, you got a $1,000 bonus check. I had been on the road with the Miracles for two weeks and come back to Detroit, and Berry calls me to his office. He said, "Here's your check." And I said, "My check?" And he was like, "Yeah, you've got a No. 1 record (with) 'My Girl.' It's only been out two weeks but it's going to No. 1, so here's your check-in advance.' "

Why did you decide to give that song to David Ruffin and the Temptations instead of the Miracles?

Robinson: If it hadn't been for David Ruffin, I probably never would've even written "My Girl." The first hit I wrote for the Temptations was "The Way You Do the Things You Do" with Eddie Kendricks on vocals, but I knew if I could get David Ruffin to sing something sweet, that'd be a hit, too. I didn't know it'd become humungous around the world, but I knew it'd be a hit. I don't regret giving it to them whatsoever. The reason the song became alive was because of them.

You say that your favorite album of all time is Marvin Gaye’s “What’s Going On.” Why is that?

Robinson: It's profound. If you listen to 'What's Going On' right now, it's more poignant today than it was when it came out. Marvin and I were really, really close. I'd go to his house, and he'd sit at the piano. He looked at me one day and said, "Hey, man. God is writing this album. I'm just sitting here because God is writing this and it's just coming out." When you listen to it, I believe him because it's prophetic.

After 65 years in the business, what do you hope your legacy is?

Robinson: When I was a kid, I used to watch every musical variety show on TV, especially "Ed Sullivan." I would see Frank Sinatra, Dean Martin, and Sammy Davis Jr., and they'd all say, "We've been doing this for 25 years!" And I would look at them and say, "Damn, how could somebody be doing something like that for 25 years?" But 65 years, man. That's amazing to me. I'm very grateful and very blessed to be able to live a life that I love like this for these many years.

You just released “All Of My Love" with Charlie Wilson. How did that come about?

Robinson: Charlie called me! We've been friends for a long, long time and he's had such a great resurgence. He called me and said, "Smokey, I got this song." I went down and sang it, we did the video and it was so much fun.