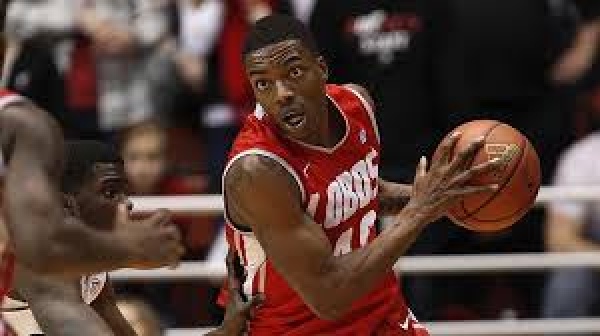 I saw Demetrius Walker play three or four times when he was a freshman and/or a sophomore at Fontana High School, about 50 miles east of Los Angeles.

I remember thinking “he’s OK, but not great”. He was good around the basket, he could leap, but he was only 6-foot-3 (later reduced to 6-2, in college) and he was trying to convert to guard, because he was not going to play in the post going forward, and his fine-motor skills (certainly his shooting form) were suspect.

I thought he had a chance to be somebody.

Turns out, he already had been somebody. And would never be that “somebody” again.

It was Demetrius Walker who had been on the cover of Sports Illustrated in a 2005 story beneath a subhed that read “The next LeBron?” and opening paragraphs that ended with: “It doesn’t seem possible, but deal with it: This kid is 14 going on LeBron. I shouldn’t be writing this. You shouldn’t be reading it.” A story that would torment Demetrius Walker for the rest of a career that may now be over.

Hey, I’ve been away.

I left the country for Abu Dhabi in 2009, the book Play Their Hearts Out appeared in 2010 and I still would not know about the book had I not come across a reference to it while looking for something else entirely.

In a way, coming to the book late was helpful, in that some of the questions left unanswered when the book went to press have been answered. And the idea that AAU-sanctioned basketball is a blight on the game seems to be picking up steam again.

First, some thoughts on the book.

–The author, George Dohrmann, put an astonishing amount of time into the book. He began following an Inland Empire-based AAU-sanctioned youth basketball team in 2002, when they were fifth- and sixth-graders. He had some contact with most of the kids right through their high school careers — eight years in total.

–The book is far too long. At least 100 pages could be lost if all the play-by-play of AAU games played by children were reduced to a paragraph. I jumped right over the quarterfinals of this or that AAU tournament.

–The book is depressing. Almost no one comes out of it unscathed. The AAU coaches are the villains, with the shoe companies Nike and Adidas a close second. But pushy parents and college basketball coaches are not far behind. The kids often behave badly, no surprise given that they are being presented as “future NBA players” at every opportunity. Keller, the coach of Demetrius Walker during most of his AAU career, comes off particularly badly, as does Pat Barrett, the sinister force behind Mater Dei High School basketball for decades. Former USC coach Tim Floyd makes a short appearance and is shown to be an abusive scoundrel.

–I wonder about some of the quotations in the book. Dohrmann spent lots and lots of time around that team, but was he sitting within earshot when one tormented kid and his mother were talking? Or was it given to him second-hand later on? (Not that these conversations, even if they were excised, would lessen the impact of the book.)

(Here is a more positive review of Dohrmann’s book, and a question-and-answer session with the author that gives a reader a sense of what his book is about.)

So. Dohrmann undertook this mega-project not knowing where the kids would go, whether any of them would have the golden futures that the feckless and uninformed Joe Keller insists to gullible parents that they will.

At the moment, if I can keep straight the blizzard of names associated with Demetrius Walker, Ed Keller and an ever-changing roster … only Darius Morris has played in the NBA, and at this writing he has bounced around the league for most of three seasons, making 17 starts. He will, however, have been paid over $2.4 million by the end of this season.

(Also, Roberto Nelson, one of the more grounded players from Walker’s AAU past, is Oregon State’s leading scorer, as a senior, and could have a chance at The League.)

Demetrius Walker was supposed to be a bigger star than Darius Morris. A much bigger star.

But his situation boiled down to a body that matured quickly: He dunked at age 11. He was able to dominate opponents right up to the eve of high school because he was generally taller and could jump. At age 12, he was done growing, and the dominating post player had no future at center.

One of the handful of people who comes off well is Gary Smith, former Fontana basketball coach, who the author credits with spending long hours turning Walker into a decent shooter, an attempt to make him a serviceable perimeter player, ahead of his sophomore high school season.

Walker was a good high school player. He led Fontana to a winning record as a sophomore, transferred to JSerra as a junior, in Orange County, and for St Mary’s, in Phoenix, as a senior, where he won a state title.

However, the enormous interest in him, fueled by the SI article in early 2005, created even more pressure on Walker to stand out, and as his contemporaries outgrew him and, often, outplayed him because they had been taught basketball fundamentals, Walker’s world began to implode.

Perhaps the most memorable episode in the book is the revelation that, at a particularly important summer camp for would-be stars, ahead of his freshman high school season, rather than risk being exposed as an increasingly average basketball player, Walker hid in a bathroom stall for the whole of a two-hour drill.

The author believes that the AAU experience, of being all or nothing, reinforces (or even creates) a tendency for players to quit or flee or make excuses for sitting out games when they perceive themselves to be sliding in the eyes of coaches and evaluators.

After an ugly scene with Tim Floyd, Walker chose to go to Arizona State, where he rarely played, leading to a transfer to New Mexico (which has a fairly detailed bio/stat record here). After sitting out a season, as per NCAA rules, he was New Mexico’s leading scorer off the bench in 2011-12, and was a starter when the 2012-13 season started began.

However, late in the season he was kicked off the team by coach Steve Alford for “breaking team rules” — and knowing what we know of Walker we do not suspect something dire … as much as skipping practice and missing meetings, especially after he was pushed down the bench.

He did get a degree, at New Mexico, in Mass Media Communications and Sociology.

Because he graduated from New Mexico, by NCAA rule he had a fourth year of eligibility remaining, and last summer he transferred to Grand Canyon, in its first year as a Division I program, and was the leading scorer there …

Until he was kicked off the team in late in December by coach Dan Majerle for reasons not made clear.

(And what is interesting is … a guy whose every move was once tracked by coaches and scouts, is off the grid. I cannot find a single mention of him since the days right after that December 27 announcement.)

So the can’t-miss prospect is not going to play in the NBA.

Of course, those who said he couldn’t miss, led by the AAU coach Ed Keller, were judging a kid 12, 13 or 14. When not even the whole of a high school career gives any real certainty that a kid projects into the NBA.

By coincidence, the same day I finished the book, a co-worker at The National, writing about the NBA, suggested the league needs to take over the process of player development — allowing high school graduates to go straight into the NBA’s Developmental League rather than forcing them to wait a year (usually in college, for which many are not prepared) before joining the NBA.

I told him that holding that opinion either made him a visionary or an anarchist bomb thrower, but just a day later I’m thinking that the whole AAU to high school to college basketball system is so rotten, it cannot be saved as it now exists.

Led the NBA develop its own talent, post high school, as Major League Baseball does. And let college basketball get along without the guys in the upper 1 percent.

It’s ugly out there, below the NBA, and the “Play Their Hearts Out” author suggests that some of the bad behavior in the league is a direct result of how aspiring players are treated.

It will be interesting to see where Demetrius Walker is, in a few years. Maybe he can find a place in some minor league overseas. (We have a half-dozen pro players here in the UAE.)

Or he may just be finished with it all. He may want to just disappear. No one could blame him.