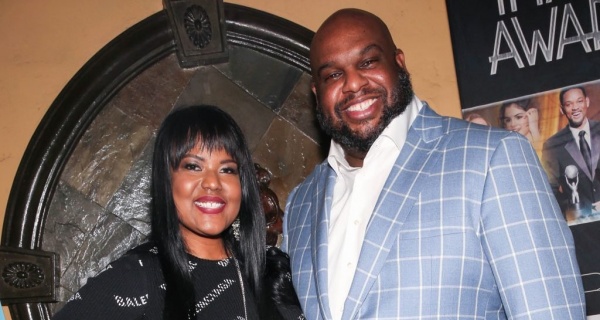 The Relentless church leader took to Instagram to show love to his wife Aventer Gray.

Pastor John Gray is making headlines again for allegedly cheating on his wife.

Pastor Gray took to Instagram on Friday to “honor” his wife, Aventer Gray, and says despite the fact that he has emotionally cheated, he has never slept with another woman.

“A few months ago I sat down from leading at Relentless. My life wasn’t in order. Church isn’t first. My wife is. This is my wife. She is from God. She is a life-giver. She is a kingdom builder. Her name is Aventer,” Gray captioned.

The popular South Carolina pastor of the Relentless Church has been accused of cheating as far back as 2019. In an interview on The Real in March 2019, Pastor Gray said his affair was emotional, not physical. He claims that when he and his wife were having problems he confided in someone other than a counselor or a pastoral leader and admitted that it was wrong.

Despite Gray’s insistence that he did not physically cheat on his wife, however, there remains speculation that the affair was in fact more than emotional.

“I never knew what consistent discipline, planning, leadership, manhood, or personal holiness in action from a man’s standpoint looked like. Living a shadow life, God was unwilling to let me die assuming I was whole. I failed to uphold the holy standard of God in my marriage,” he said.

“And I’m sorry. Although you are the only woman I’ve ever slept with, emotional unfaithfulness is just as wrong. Sin is sin. People want to minimize one sin over another, when it all can get you sent to hell…My wife deserves better…So since I was the cause of public embarrassment, let me be JUST AS LOUD ABOUT PUBLIC HONOR.”

Despite uplifting his wife in the Instagram post, a video of Gray speaking to his alleged mistress shows him bad mouthing his wife and complaining about her not cooking and that their son, therefore, had to eat pizza. It is unclear who the mistresses are or how long the relationships lasted.

The couple has been married for over 10 years and starred in the now-canceled OWN reality series, The Book of John Gray, as reported by theGrio.

And despite Gray’s seemingly sincere apology, folks on Twitter are having a field day with the news. Some are calling him the Offset of pastors and others wonder how he has time to be a pastor given his lengthy cheating allegations.

“John Gray is just OffSet in a Pulpit,” one Twitter user wrote. “When does John Gray actually have time to be a pastor?! He’s always announcing an affair,” another said.