Alabama Substitute Teacher, 32, Pleads Guilty And Gets Just Two Years In Prison For Performing Sex Acts With Two Of Her Male Students 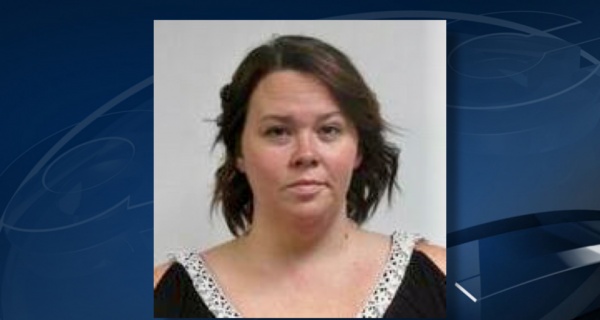 *Mizzell was sentenced to 10 years, eight of them suspended, and three years of supervised probation

*Mizzell was a substitute teacher in the St. Clair County School system when she had sexual encounters with two male students last year

A former Alabama substitute teacher has pleaded guilty to having sex with two of her male students and was sentenced to prison.

Whitley Mizzell, 32, entered guilty pleas on Monday to three counts of performing a sex act or deviant sex act with a student.

She was sentenced to what is known in Alabama as a 10-year split sentence, where she will have to serve two years in state prison, followed by three years of supervised probation.

If Mizzell violates the conditions of her release, she could be sent back to prison to serve the remaining eight years of her sentence, reported Anniston Star.

The 32-year-old woman also will be required to register as a sex offender.

Mizzell was arrested in July 2019 while she worked as a substitute teacher in the St. Clair County School system.

Schools Superintendent Mike Howard said at the time that Mizzell was hired through a third-party agency and was not and had never been a direct employee of the district.

It is unclear when or where the sex acts with the students younger than age 19 took place, or how they came to light.

Mizzell was taken into custody by the St. Clair County Sheriff’s Office after entering her pleas in court on Monday.

She had faced up to 20 years in prison for the to felony counts.