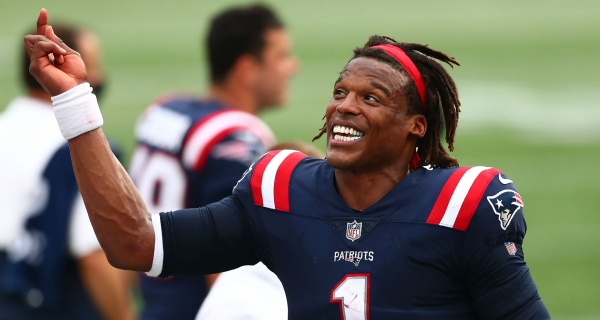 New England Patriots quarterback Cam Newton took a moment on Thursday to offer his thoughts on a grand jury opting not to charge any officers for shooting and killing Breonna Taylor.

“I mean .. it’s … I don’t know. You just have to — and I hate to, you know, be so bland or … like, you’ve just got to side-eye certain situations as an African-American sometimes.

“Well, a lot of times here recently at this country. I believe it was Lamar [Jackson] who just said is the land of the free, but in many than just once have I not felt that that statement applied to people that look like me.”

Newton didn’t stop there, though.

More than anything, Newton just wants to see things change.

“When the Breonna Taylor situation happens and you see the outcry of America just in disbelief, it’s … you’re speechless.

“But the sacrifices of the Colin Kaepernicks, the Eric Reids, so many different players who have been in essence boycotted or kind of blackballed or blackmailed from their specific sport, you know, it makes you kind of question or go back to what I just said — side-eye the whole situation. It’s like, Well, you know, what’s really going on here?

“I know that’s a lot that I just said, but at the end of the day, I just pray that we all find it in our heart to do better. And no matter what happens on that specific case — because it’s out of pretty much everybody’s hands, you know, outside of the necessary people — let this be like a situation that we all can empathize with,” he continued.

“So I think that’s pretty much how I feel that’s my stance and I just know that we all have a due diligence on this earth to do right by mankind, and I’m just one of those servants that wants to uphold my end of the bargain.”

Fans on Twitter had a wide assortment of reactions to Newton’s sentiments.

Newton, 31, has been immensely impressive so far in the early going of this season.