'I Love Lucy': Lucie Arnaz Says Her Mother, Lucille Ball, 'Wasn't Anything Like' Her Beloved Character at Home 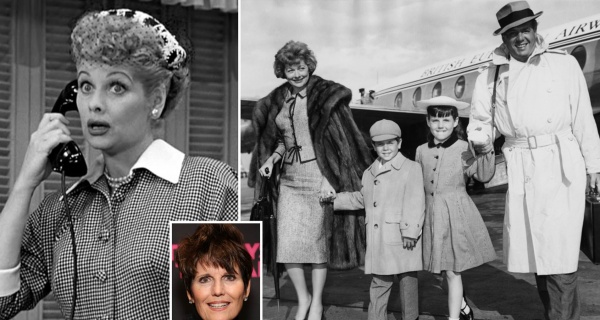 Lucille Ball’s portrayal of Lucy in I Love Lucy will go down as one of the greatest comedic performances of our time. Lucy was kooky, expressive, zany. There’s no other character quite like her.

But according to Ball’s daughter, Lucie Arnaz, the Lucy actor wasn’t anything like her character when it came to being a mother.

When Ball became a mother, she was about to embark on the highlight of her career.

“I was born six weeks before a big show called I Love Lucy went on the air and she was starring in that along with my father, of all people, who also was producing it,” Arnaz told the Television Academy Foundation. “So they were very busy. So I think up from birth through 7, they weren’t home a lot, I would say. Very late at night and weekends, and we were very fortunate to have some hiatus times, weekends off, and summers, summers off, when we had a house in Del Mar.”

Arnaz went on to say that she thinks her mother might have felt guilty because she wasn’t home more.

“She was a working mom and when she was home she was very business-like about running her house,” she said. “I think because she was a working mom in the 50s, there probably was a lot of guilt involved in not being home with the kids because you’re supposed to be, I guess.”

While Ball played a silly, larger-than-life character on TV, at home she was all business.

“She played a very funny person in her show, very crazy, outrageous person, and all my friends used to think my mother was really like that,” said Arnaz.” But, at home, of course, she wasn’t like that at all. She was very responsible, took care of business. She worried a lot about her household, whether the kids were being taken care of, if the garage was being cleaned out, homework was being done. She fashioned herself as a homemaker of sorts.”

Though Ball wasn’t home a ton during Aranz’s childhood, she relished in being a homemaker whenever she had the time.

“She really enjoyed when she could get in the kitchen and make chicken and dumplings or something, but there wasn’t a whole lot of time for that,” Arnaz said of her mother. “My earliest memory of my mother was that she worked.”

Looking back, Arnaz says her favorite memories of her mother were the “simple” moments.

“I sort of always come back to the idea that any memory where she’s just home and has time to just be with us, any of those simple, the simplest of dumbest of memories, you know, making a grilled cheese sandwich in the kitchen,” she said.