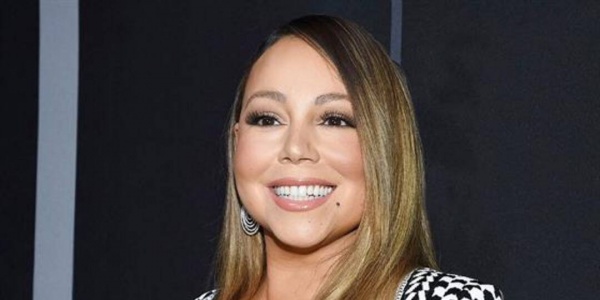 Mariah Carey is opening up about her troubled relationship with her family.

In an interview on Apple TV+’s The Oprah Conversation, the hitmaker discussed her memoir, The Meaning of Mariah Carey, and a lot of the conversation centered around her personal relationships with her immediate family — her mom, Patricia, and “ex-” siblings, brother Morgan and sister Alison. (Her dad, Alfred, died in 2002.)

“I would never have spoken a word about anybody in my life — and I tried to be very fair — but people have drawn first blood with me historically,” said 50-year-old Carey, whose siblings have been selling stories about her to tabloids for decades. “I know you understand this: When there are people that are in any way connected to you as a person that has achieved any success, you are a target. You’re vulnerable.”

From Carey’s side of things, she didn’t fit into her family from the get-go. She’s biracial, something that deeply impacted her life, with a white mother and Black father, and felt resentment from her older siblings — with whom she has a significant age gap — over having lighter skin and hair.

She said her early life was defined by “trauma” and “violence.” Her parents split when she was 3. She described her brother as “extremely violent” and her sister — whose woes have been documented — as “troubled” and “traumatized,” adding, “And I tried to be thoughtful about that [description] — although I don’t know that the same courtesy has been extended to me from anybody that caused certain traumatic events in my life.”

Winfrey read a passage from Carey’s book in which Mimi claimed Alison gave her cocaine, inflicted her with third-degree burns and tried to sell her out “to a pimp.”

“We don’t even know each other,” Carey told Winfrey of her siblings. “We didn’t grow up together,” as her brother is 10 years older, her sister eight years older. “By the time I got into the world, they had already been damaged” and Carey “literally felt like an outsider amongst my own family.” And when she became famous, she felt they viewed her as “a get rich quick scheme.”

As for Carey’s mom, whom she has a relationship, that is complicated too. As a child, she felt “neglected” by Patricia, whom she described in the book as “Beauty and the Beast” in one person. She always felt “dirty” as a child and said her mother left her with people who were “not safe.” And her mother was “not safe for me either — emotionally.”

Carey said that from the beginning, she always felt there was a “huge role reversal” in her relationship with her mother — who she calls “Patricia,” not “mom” — saying she would “always take care of her.” She said she’s always been the “matriarch for everyone, even as the youngest child in the family,” which was a lot of “pressure,” but it also caused a lot of “resentment” and “envy.”

She felt her family always had the mentality of, “What can we get from her?” And she also felt that she had “so many people living off” her. She said she “never felt safe” and was “in fight mode constantly.”

Carey also made rare comments about her forced hospitalization in July 2001 amid an emotional crisis. She hadn’t slept in six days and felt extreme career pressure, so she sought refuge at her mother’s Long Island home, which Carey had purchased. Carey had an emotional breakdown while washing dishes, her mother called 911 and police had her taken away.

“Rather than say: ‘We’re OK. I’m here and taking care of my daughter. She’s tired. Someone called the cops by mistake.’ It was: Oh no, because you defied me, this is what is going to happen,” she said of her mother’s motivation.

She still has a vivid memory of being in the backseat of the police car after being removed from her mom’s house. Carey said, “I have never spoken about it, but I just think it’s important to say that, in that moment, that seemed like a better alternative then where I was in that moment with her and my ex-brother.”

Carey felt they capitalized on her mental health woes, instead of being genuinely concerned about her being overworked, viewing it as another “scheme” in which they could profit. And she maintains that she didn’t actually need to be hospitalized, saying, “if they had given me even two days” to rest, she would have rebounded.

Carey describes her relationship with her mom today as a “work in progress.” She now knows what to expect from her, saying, “I can’t go to an ice cream stand looking for hot dogs. I have to know: Here is what you get from this person.”

Carey also spoke about first husband Tommy Mottola, then the head of her record company, with whom her relationship has been well documented. She met him at 18 and they had a 20-year age gap. She said she fell for him because “he totally believed in me,” but felt forced into getting married. Once they did, she lived an “extremely oppressive existence” being secluded, with armed security, in their Bedford, N.Y., home (which she infamously dubbed Sing Sing, like the nearby prison). In the book, she wrote that she was “held captive in that relationship.”

In a statement to Page Six, Mottola said, “I am deeply gratified to have played that role in Mariah’s well-deserved and remarkable success, and continue to wish her and her family only the very best.”

With Winfrey, Carey also spoke about her second failed marriage — to Nick Cannon. She said they had a “fun” relationship and as co-parents to their 9-year-old twins, Roe and Roc, they “laugh” a lot together. There is “no animosity.”

As for those kids, they “help to heal me every day” from the pain of childhood, during which she also experienced racism, telling a story about a group of girls calling her the “n” word. She said her twins have provided her with the “unconditional love” she’s always wanted.