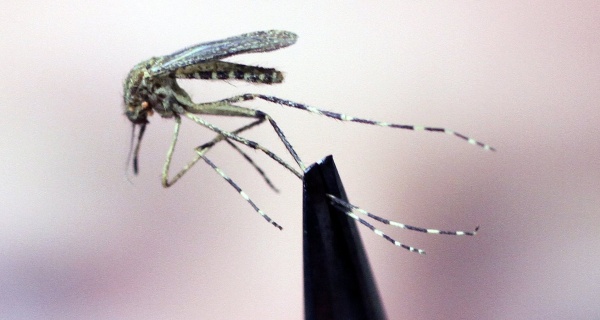 An adult from Barry County is suspected of having the rare and dangerous mosquito-borne virus Eastern equine encephalitis, health officials announced Tuesday.

The Michigan Department of Health and Human Services now urges people in 10 Michigan counties — Barry, Clare, Ionia, Isabella, Jackson, Kent, Mecosta, Montcalm, Newaygo and Oakland — to cancel or postpone outdoor events that take place at or after dusk to prevent more people from contracting the virus, which is spread through the bite of infected mosquitoes.

Also known as Triple E, the virus is one of the deadliest mosquito-borne diseases in the United States, with a 33% fatality rate in people who become ill. It leaves many survivors with physical and mental disabilities. It kills 90% of the horses sickened by the virus. So far this year, 22 horses in the 10 counties that are urged to cancel outdoor events have had confirmed cases of the virus.

“MDHHS continues to encourage local officials in the affected counties to consider postponing, rescheduling or canceling outdoor activities occurring at or after dusk, particularly those involving children, to reduce the potential for people to be bitten by mosquitoes," said Dr. Joneigh Khaldun, chief medical executive and chief deputy for health at MDHHS, in a statement.

If the suspected human case is confirmed through lab testing later this week, it would be the first person with EEE this year in Michigan.

Last year, EEE infected 38 people in the U.S. — more than in any previous year since it has been tracked by the U.S. Centers for Disease Control and Prevention. In a typical year, there are seven cases nationally.

In Michigan alone in 2019, six people died, and four others were hospitalized. Three of the four people who survived EEE infections in the state "have severe neurologic issues and continue to receive supportive care, either in rehab or at home with home care," said Lynn Sutfin, a spokeswoman for the Michigan Department of Health and Human Services, in a previous interview with the Free Press.

Signs of EEE infection include sudden onset of fever, chills, body and joint aches which can progress to a severe encephalitis, resulting in headache, disorientation, tremors, seizures and paralysis.

Children under age 15 and people older than age 50 are at greatest risk for developing severe illness from the EEE virus. There is no vaccine for EEE, no treatment and there's no cure. Doctors can only offer supportive therapy to help patients breathe, get fluids and nutrition and prevent other infections.

Anyone who thinks they may be experiencing these symptoms should seek medical care. Permanent brain damage, coma and death may also occur in some cases.

The MDHHS announced earlier this week that it would begin spraying pesticides in the 10 counties where EEE cases in horses have been identified to control mosquitoes and reduce the risk of infection.

“This suspected EEE case in a Michigan resident shows this is an ongoing threat to the health and safety of Michiganders and calls for continued actions to prevent exposure, including aerial treatment,” said Khaldun said.

Spraying is scheduled to begin Wednesday in the 10 impacted counties, and state health officials say more areas of the state may be treated if additional human or animal cases are identified.

Aerial treatment will be conducted by Clarke from St. Charles, Illinois, using specialized aircraft, beginning in the early evening and continuing up until the following dawn. Treatment will be conducted using Merus 3.0, the same product used in 2019 in Michigan to treat 557,000 acres. Merus 3.0 is registered with the U.S. Environmental Protection Agency and Michigan Department of Agricultural and Rural Development, and is labeled for public health use over residential areas.

*Use insect repellents containing DEET, or other U.S. Environmental Protection Agency-approved product to exposed skin or clothing, following the manufacturer’s directions for use.

*Maintain window and door screening to help keep mosquitoes outside.

*Empty water from mosquito breeding sites around the home, such as buckets, unused kiddie pools, old tires or similar sites where mosquitoes may lay eggs.

*Use nets and/or fans over outdoor eating areas.