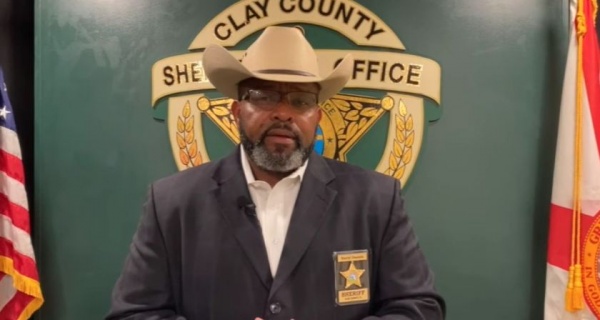 Daniels will be up for reelection in a few days and questions the timing of his arrest.

In May 2019, Darryl Daniels, a Florida sheriff called his deputy and said he was being followed by someone in a Jeep and believed he was in danger.

Daniels was being followed by Cierra Smith, a woman with whom he had been having an affair for six years. She was on her way to their regular meeting spot.

Daniels falsely accused Smith of stalking him. Although Smith was detained for hours, she was never charged, and Daniels ended up in jail.

The Washington Post reported that, following a year-long investigation, Florida authorities filed four charges against Daniels. He was then arrested.

Daniels will be up for reelection in a few days and questions the timing of his arrest. He refused to drop out of the race and insists the scandal doesn’t prevent him from doing his job.

Last month, Daniels endorsed President Donald Trump for reelection along with 47 other sheriffs, according to a press release from the Trump-Pence campaign.

“One thing I take ownership of as a man is my failure as a husband. That has nothing to do with me as a sheriff,” Daniels said in a video.

The Florida Times-Union reported that Daniels was charged with tampering with evidence, which is a felony. He was also charged with three misdemeanor counts of giving false information to other law enforcement officials.

As reported by theGrio, Daniels was in the news again last month when he threatened to deputize every gun-owner in the county if BLM protests were to turn violent.

Smith, who was a 21-year-old rookie corrections officer when she began her affair with Daniels, is planning to sue the beleaguered lawman, according to her attorney, Latoya Shelton Williams.

Smith called the wrongful arrest that took place in front of her 8-year-old daughter, “an abuse of power.”