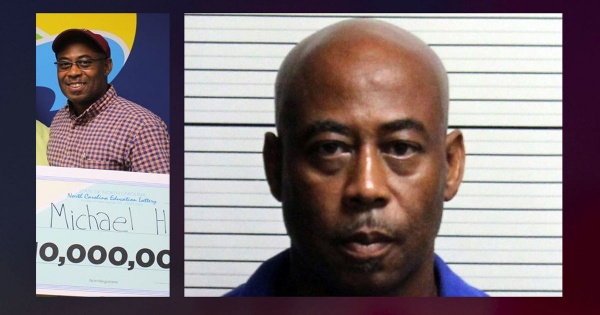 A Brunswick County man who won a $10 million lottery prize nearly three years ago is now behind bars after he was charged with murder.

Michael Todd Hill, 52, was taken into custody in Southport on Tuesday and charged with murder by the Shallotte Police Department after the body of Keonna Graham was discovered in a room at the Sure Stay Hotel around 11:30 a.m. Monday.

WECT spoke with the manager there. Vee Patel said Hill checked into the hotel, alone, on Sunday morning. Patel said none of the employees ever saw Graham. Checkout time at the hotel is 11 and once it had past the time to check out, housekeeping knocked on the room door several times. Patel said after no response, they went inside and found a girl. They shortly realized she was unconscious and called 911. Patel said there was blood in the room. Patel said they have never experienced anything like this at the hotel. The housekeeper who discovered Graham’s body is taking time off.

“I think it’s horrible,” said Wilson. “I mean, he just won the lottery. I heard he just got married and you go and kill a young girl? A beautiful girl? I don’t understand.”

Hill is currently in the Brunswick County Detention Center under no bond following his first court appearance yesterday. According to District Attorney Jon David, Hill was given a court-appointed attorney after filling out an affidavit of indigency.

No other details about the incident are known.

The SBI and the Brunswick County Sheriff’s Office assisted in the investigation.

In 2017, Hill won a $10 million lottery prize after purchasing an Ultimate Millions scratch-off ticket at a store on Maco Road, Maco Depot.

The employees of the gas station told WECT that Hill came in often. After winning the lottery, he came back and gave $2,000 to the woman who sold him the winning ticket. Employees say he seemed like a nice guy and would have never thought he would do something like this.

“All that money and you are seducing a young girl to go into a hotel?” said Wilson. “I don’t know what the situation is but you had no business being in a hotel with her.”