Al B. Sure Reveals He and Diddy's Ex, Kim Porter, Were Once Married 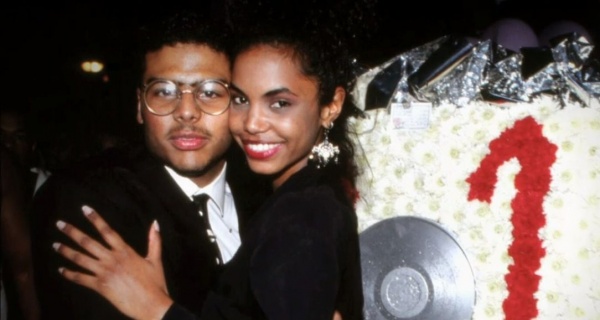 Friends and family of Kim Porter are still mourning the former model and beloved mother’s death. Porter’s longtime ex and close friend, Diddy, has been open about the emotional toll Porter’s death has taken on him. Porter and Diddy were together for 10 years and raised four children, one of which is Porter’s son from her relationship with Al B. Sure.

Sure recently shared how Porter’s death has impacted him as well, including the revelation that the two were married at one point.

Sure is a singer who reached success in the late ‘80s.

Sure’s debut album, In Effect Mode sold more than three million copies and maintained the No. 1 spot on the Billboard R&B chart for seven weeks. He expanded his music career as a writer and producer for other artists, including penning songs for Jodeci, Tevin Campbell, Faith Evans, and Usher.

Sure is lauded as an R&B sex symbol, known for his deep speaking voice and caramel skin. He’s also considered to be an electrifying performer. Sure is also the cousin of singer, Christopher Williams.

Al B. Sure and Kim Porter’s relationship

Sure and Porter began dating shortly before his career took off. According to Sure’s recent interview with Angela Yee, Sure moved Porter from her hometown in Columbus, Georgia to New York with him to help with her modeling career.

Andre Harrell, head of Sure’s label, introduced the two. Porter’s beauty lured Sure in. The attraction for Porter was mutual.

“He was sweet and kind and genuine. Those are the things that I fell in love with, besides his good looks,” Porter gushed in Sure’s TV One episode of Unsung.

“She was also very independent, modeling, she was in and out of Italy and so I would fly out to Italy to support her,” Sure said.

Sure wrote the song “Forever My Lady,” performed by Jodeci, as a tribute song to Porter during her pregnancy with their son Quincy.

“I started to write the song, Forever My Lady, and it was about Kimberly, the song was about Kim ‘So you’re havin’ my baby, and it means so much to me’” Sure said.

“And I remember they were working on the song and they couldn’t come up with the lyrics and Al looked at me and he was like, ‘So you’re havin’ my baby,’ and I was like ‘AHHHHHH,” she said.

Porter put her modeling career on hold with motherhood as a focus. She was supportive of Sure’s music career and by his side during his highest peak.

Sure was unfaithful during his relationship with Porter. Porter ended the relationship when she discovered Sure fathered a child with another woman. She later dated Diddy on-and-off for over a decade. Diddy also served as a surrogate father to Quincy.

Al B. Sure reveals he and Kim Porter were once married

Porter unexpectedly died of pneumonia in 2018. Sure has been devastated by Porter’s death, often posting tributes to her on his social media page. His latest post about Porter had fans concerned after he spoke of the belief that Porter did not die of illness and instead was murdered.

Sure became emotional during his interview with Yee when speaking of the recent post and also shocked many by revealing that he and Porter were once married.

Diddy and Porter never married but she remained close with him, as well as Sure, until her death.