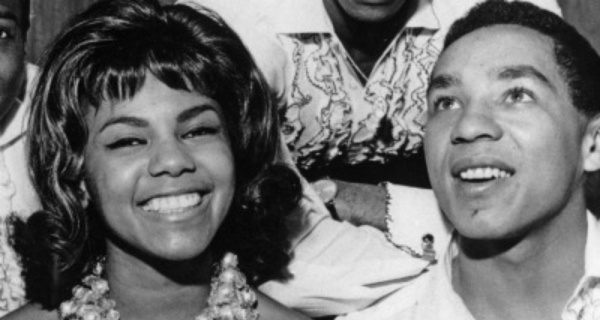 “The Miracles” former singer looks so great and glamorous at her age. In a post made by her daughter Tamla Robinson, the singer-songwriter looks smiling and glowing in happiness. Her new hairstyle makes her look even more radiant.

No matter how many years pass, Claudette Robinson looks even more beautiful as she ages. "The Miracles" former singer usually shares on her social media, many moments she spends with her children and grandchildren, in addition to other interests, such as writing children's books.

In a photo recently posted on Instagram by Claudette’s daughter, Tamla, she appears wearing a sweatshirt, with a print of The Miracles that displays the silhouette of the members from the famous musical group. In the post, the daughter wrote:

In the early 1950s, Claudette and her ex-husband, Smokey Robinson, were part of the famous vocal group The Miracles, which was previously known as "The Matador". The band later changed its name, when Claudette came in and took the place of Smokey’s cousin, Bobby Roger, when he left the group.

Since then, Claudette was known as the "First Lady of Motown" because she became the first woman to have a contract with the prestigious Motown label.

It was more than a decade that the band played together, earning the name they still hold today. Many of the songs they performed achieved worldwide fame and notoriety, such as "Shop Around", "You Really Got a Hold on Me" and "I Second That Emotion”.

Claudette and Smokey Robinson were married for 27 years and had two children, Berry William Borope Robinson and Tamla Claudette Robinson. In spite of the time they shared together, their relationship was unstable in many ways, especially due to Smokey’s out of wedlock relationships.

Smokey’s infidelity issues plus revealing that he had a son, Trey, with Kandi, in 1984, while still being married, were more than enough reasons for Claudette to end the relationship. The couple finally separated in 1985 and divorced in 1987.

But their split did not end there. Years after their divorce, Claudette and Smokey were involved in a lawsuit for the copyrights of some of the songs that Smokey wrote during the years they were married, and which were released by the "1976 Copyright Act".

Like other musicians, Smokey was able to recover the rights of the songs that were created at the beginning of his career. However, due to their divorce agreement, Claudette is entitled to 50% of the royalties of the songs composed by Smokey during the years they were married.

During the 80s decade, the singer had lots of difficult moments while he struggled to recover from addiction problems. After he managed to overcome his issues, he credited faith and religion for having saved him from death.

Claudette, meanwhile, has written her story on Motown and “The Miracles” on a children's book. That is how she shared her version of the group’s experiences. A similar story was written by Smokey when he published his autobiography: “Smokey: Inside My Life”.