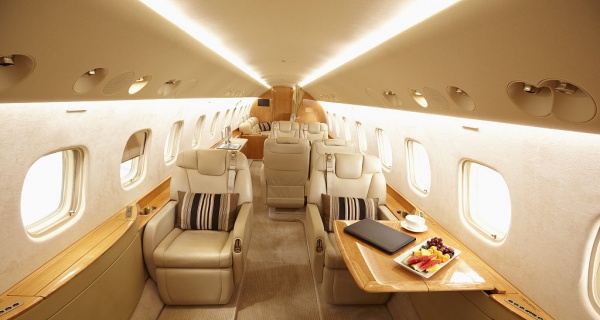 *While commercial airlines are having a slow recovery, private-jet companies are seeing a surge in business from new customers.

*Commercial traffic is running about 15% to 17% of last year’s totals, but private flights are running at up to 70% or more of normal, according to industry data and Private Jet Card Comparisons.

The private-jet industry is seeing a rapid rebound from the coronavirus crisis, as new customers who had never flown private splurge to avoid the crowds and lines of commercial flying.

While commercial traffic is running about 15% to 17% of last year’s totals, private flights are running at up to 70% or more of normal, according to industry data and Private Jet Card Comparisons. Some private-jet charter companies are even running above their year-ago numbers. The growth is being driven almost entirely by new customers drawn to flying private because of health concerns and lower jet prices.

New customer sign-ups with industry leader NetJets in May were more than double the typical May, according to Pat Gallagher, the company’s president of sales, marketing and service. May was the biggest month for new clients since December 2007, which had been the industry’s previous peak.

PrivateFly, the private-jet charter broker, saw an 85% rise in inquiries in the first two weeks of June compared with the same period last year. Sentient Jet, part of Directional Aviation, said that of the more than 5,000 jet hours the company has sold since the beginning of April, half came from new customers.

Vista Jet, the global charter company, is back to about 85% of its pre-pandemic traffic in the U.S., according to CEO Thomas Flohr. He said 71% of all new customers are people who never had private-jet programs or memberships before.

While business travel remains almost nonexistent, private-jet companies say personal travel by wealthy affluent fliers — many of them older — have more than taken up the slack. They say that while many families who could afford to fly private couldn’t justify the costs, they are willing to spend the extra money for greater health safety.

“What we are seeing today is predominantly personal travel with people traveling to see loved ones, moving between homes and otherwise looking for an escape from wherever they have been hunkered down through the pandemic,” NetJets’ Gallagher said.

Blade, a private-aviation company that runs choppers and planes, said its private-jet charter business is up over 600% from last year, and over 70% of the business is customers who had never chartered. The most popular routes for fliers are New York to South Florida, and New York or the Northeast to Los Angeles.

Blade says health concerns are the top concern of customers, and the company has created a vast array of special health and safety measures — including allowing passengers to drive right up to the plane on the tarmac where certain airports allow. Passengers are given temperature checks and oximeter checks, and jets are fumigated and decontaminated with special machines. Some passengers ask pilots not to exit the cockpit without first texting passengers — and many passengers are bringing their own food and beverages so they don’t have to interact with crew.

NetJets says it is spending over $1 million a month on keeping its aircraft interiors virus-free and is testing all of its crew members and is clustering its aircraft at base locations to enable crew to travel to their planes in their own cars rather than having to fly commercial. It is also treating its jet cabins with an “antimicrobial barrier” that provides long-term protection from bacteria germs and viruses.

Another reason for the increased interest in private jets is lower costs. Prices for certain flights are now 30% to 50% cheaper than they were a year ago, bringing private-jet flights closer in line with first-class or business-class seats. What’s more, as part of the stimulus plan, the government suspended the 7.5% excise tax charged for private-jet flights, so many fliers are loading up on jet cards that they can use for future flights without having to take them immediately.

Chartering a super midsize private jet one way from New York to Miami, for instance, cost about $20,000 last year. Today, it costs around $10,000, according to Avinode. Since super midsize planes — like a Challenger 300 or Citation X — can seat around eight to 10 passengers, the flight could cost a little more than $1,200 a person, not including other charges.

Because commercial airlines have also suspended flights out of certain smaller airports, private jets have become more attractive to fliers who don’t want to travel to larger airports.

“The load factors that the airlines need to operate profitably has destroyed that commercial infrastructure,” Flohr said. “That’s where business jets are coming in.”