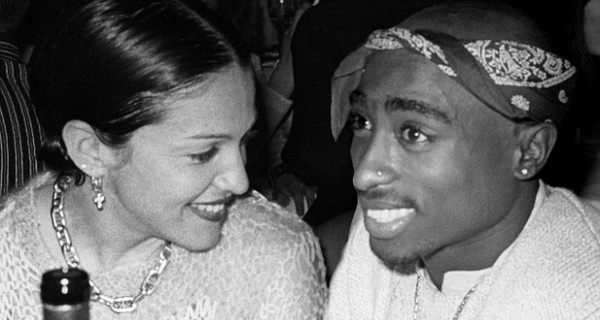 Nearly 24 years after his death, the idea that Tupac Shakur was an actual person feels surreal. Between his literal revolutionary upbringing, his charisma, and an irrepressible philosophical streak, Pac epitomized the notion of fact being stranger than fiction. His origin story is good enough to fit into an Avengers movie.

Forty-nine years ago on this day (June 16), the rapper was born in 1971 to Afeni Shakur, a Black Panther who was arrested in 1969, with 20 other Panthers after being accused of plotting multiple bombings. Facing 300 years in prison, she defended herself without the help of a lawyer before she was acquitted of all charges in May of 1971. Tupac, who was named after an Incan chief, was born just one month later. From that point on, his life was as eventful as any celebrity in American history.

Over the course of his career, ’Pac sold over 75 million records, shot two off-duty police officers for harassing a Black motorist, gave political speeches, co-starred in a movie with Janet Jackson, facilitated a national code of ethics for gang members, went to prison and came out bigger than ever before dying in a hail of gunfire at the age of 25. In between that time, he dated Madonna. After he died, he managed to drop more new music than he did while he was alive.

As a result of his eclectic experiences, his work ethic, and his knack for delivering infinitely quotable interviews, Tupac's legacy lives on through his music, interviews, and stories that sound more like hood fables than anything biographical. For ’Pac, it just so happened to be true.

Today, to celebrate Tupac's birthday, XXL takes a look at 25 facts about the rap icon, who was solidified as a modern-day folk hero even before his tragic death. Check out the facts and find out which ones you never knew yourself below.

1). At the end of his life, Tupac was extremely confident in his skills. In an August of 1996 interview, one that took place less than a month before he was fatally shot in Las Vegas that September, ’Pac said that if LL Cool J, Rakim or KRS-One were to come out with songs dissing him, he could destroy them because he mastered their styles.

2). Tupac Shakur’s first acting role was when he played the part of Travis in Raisin in the Sun as a member of Harlem's 127th Street Repertory Ensemble in 1984. He was 13. His first major acting role was as a character named Bishop in Juice in 1992.

3). Tupac's mother, Afeni Shakur, was one of 21 Black Panthers arrested in 1969, after being accused of plotting a series of bombings. She faced 300 years in prison and acted as her own defense for the case, which was dropped. She was acquitted in May of 1971, just about one month before Tupac was born on June 16, 1971.

4). Tupac thought his biological father was dead until after the rapper was shot for the first time on Nov. 30, 1994. That’s when a man named Billy Garland visited him in the hospital and told him the truth.

5). Considering that he was only out of prison for about 11 months before he died in 1996, fans have wondered how is it that three movies starring Tupac managed to come out after his death. The secret is a lot of multi-tasking. The movies ’Pac completed were filmed over three separate periods as he was working on new music. He filmed the straight-to-video 1996 flick Bullet as he completed his Me Against the World album in the fall of 1994. He filmed the 1997 movies Gridlock’d and Gang Related one after the other during the spring and summer of 1996.

6). Tupac’s mother, the late Afeni Shakur, was known to be a Black Panther, but what people didn’t always know was that his father, Billy Garland was also a Black Panther. That’s actually how he met Afeni.

7). Despite being considered a West Coast artist, Tupac spent the majority of his life on the East Coast. He was born in New York City, and at age 15 he moved to Baltimore, Md. In 1988, at the age of 17, he moved to Marin City, Calif.

8 ). Apparently, Tupac once auditioned for the role of Bubba Gump for the 1994 movie Forrest Gump. His ex-wife, Keisha Morris, claimed as much in a 2004 interview.

10). Tupac was originally going to title his fourth studio album, Euphanasia, and he expected the album to be out by Christmas of 1995. Instead, he called the album All Eyez on Me and he dropped it on Feb. 13, 1996.

11). “Ghetto Gospel,” which was the lead single for Tupac’s posthumously released 2004 album Loyal to the Game, was originally recorded for MTV’s A Very Special Christmas 2, which was a 1992 compilation album created to benefit that year’s Special Olympics. The song was cut because Tupac, just a little over a year into his solo career, was already involved with a lot of legal issues.

12). In July of 2014, more than 18 years after its release, All Eyez on Me was certified diamond after selling 10 million copies.

14). Thug Life was more than a lifestyle, rap group, album title, and a tattoo; it was a literal code. Back in 1992, Tupac teamed up with his incarcerated stepfather, Mutulu Shakur, to create the Code of Thug Life, a 26-part code of conduct they both wanted gangs to follow. The goal was to discourage senseless violence and protect kids in the areas of gang activity.

15). Tupac hadn’t originally planned on auditioning for Juice. According to Digital Underground’s Money-B, Tupac decided to audition for the movie after he helped Money read through lines for the movie audition. ’Pac read Bishop’s lines, and Money-B eventually recommended that Tupac come to the audition. The rest is history.

16). A little over a year into his career as a solo rapper, Tupac got his iconic Thug Life tattoo at Houston’s Dago's Tattoo and Piercing Studio in 1992. The first time most fans saw this tattoo was in the video for MC Breed's Tupac-assisted 1993 single, "Gotta Get Mine."

17). At The Source Awards in April of 1994, Tupac took the stage to perform the original version of “Out on Bail” for the first time. Unfortunately for A Tribe Called Quest, ’Pac and his whole squad began performing as the group was accepting their award and giving a speech.

18). According to his then-manager, Watani Tyehimba, Tupac hugged Watani during his last visit to Clinton Correctional Facility and told him that by signing to Death Row Records, ’Pac knew he was selling his soul to the devil.

19). In 1996, Tupac recorded a song called “Troublesome ’96,” and when he first performed the song, the beat for which sounds a lot like a faster version of Nas’ song, “If I Ruled the World.” Tupac said he was going to whoop Nas on his own beat.

20). Throughout his lifetime, ’Pac had been involved in some potentially deadly altercations. In a 1997 interview, the late Big Syke, who rapped with Tupac as both a member of Thug Life and the Outlawz, recalled a time Tupac got into a fight at a comedy store and had two Rollin’ 60’s Crips after him. From there, sometime later, Tupac apparently threw on a bulletproof vest, grabbed all of his guns and met the Crips at their place to ask if they had a problem. Syke said the gang was impressed. However, Watani Tyehimba, who worked as ’Pac’s manager at the time of the incident, said that it was he and ’Pac’s stepfather, Mutulu Shakur, that reached out to the gang leadership and told them not to harm Tupac.

21). Despite what was reported at the time, Jimmy Iovine has claimed that it wasn’t Suge Knight and Death Row Records that bailed Tupac out of prison; it was Interscope Records.

22). At some point in 1994, Tupac was romantically involved with Madonna. However, in a 1995 letter he wrote her from prison, ’Pac explained that he'd broken up with her because he felt that by dating a White woman he was letting his fans down.

23). Before he released the song "Hit Em Up" in June of 1996, Tupac apparently played it for Goodie Mob in the studio. In a 2014 interview, Edi Mean said Goodie Mob arrived at the studio at the moment ’Pac and the Outlawz were finishing up the song.

24). The verse for the posthumously released Tupac and 50 Cent song “Realest Killaz” was originally part of a still-unreleased song called “Let’s Fight.” That song was one ’Pac recorded for his One Nation album, which was a project he began recording with East Coast artists in an attempt to show unity between the East and the West. Boot Camp Clik, The Outlawz, Luniz and Capital LS.

25). In one of the last interviews he gave before his death, Tupac said he planned to sign East Coast rapper Graig Nice to his new label Makaveli Records.