Why Mikey Williams Is Considering An HBCU, A Move That Could Shake Up College Basketball 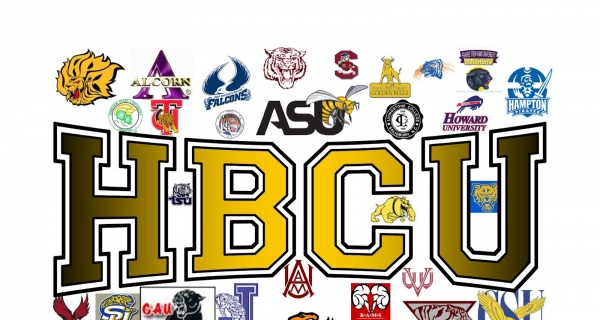 At 10:21 a.m. on Tuesday morning, the nation’s best 15-year-old basketball player sent out an eight-word tweet with potentially seismic implications.

“Going to an HBCU wouldn’t be too bad…” Mikey Williams wrote.

Instead of turning pro after high school or spending one year at a perennial college powerhouse, Williams signaled that he’s interested in an unexplored path. He plans to consider historically black colleges and universities that are never destinations for one-and-done prospects like him.

While it would be unprecedented for a player to snub the likes of Kansas or UCLA for an HBCU, Williams argues that name-brand college programs aren’t the only stepping stones to the NBA. “If you’re a pro, [then] you’re a pro no matter what college you go to,” Williams wrote Wednesday in an Instagram post elaborating on his interest in HBCUs.

What makes going to an HBCU appealing to Williams is that the revenue he generates during his college career would stay within the black community. He says multiple HBCUs will make the cut next time he narrows the list of colleges he is considering.

“I AM RIDING FOR MY PEOPLE!” Williams wrote. “I’M 10 TOES BEHIND THE BLACK COMMUNITY! Any way I can help or make a change in the black community, best believe I am going to do that.”

Interest from the nation’s top-ranked rising sophomore came as a welcome surprise to HBCU coaches across the country. Within minutes, coaches who previously viewed Williams as unattainable suddenly began bombarding his AAU coach with calls and texts.

Tennessee State offered Williams a scholarship on Tuesday without seeing him play in person. Norfolk State and Texas Southern did the same. By Wednesday afternoon, the dynamic 6-foot-2 guard had piled up offers from about a dozen HBCU programs.

“I don't think any schools thought seriously about offering him until he posted that tweet,” Etop Udo-Uma, the coach of the talent-rich Compton Magic AAU team, told Yahoo Sports. “Within two hours he had more HBCU offers than any kid I've ever coached.”

While a talent like Williams would instantly elevate whatever college he chooses, some HBCU coaches insist they would be happy if he picks any of their schools. They’re hoping to find a trailblazer whose bold choice to come to an HBCU could inspire other elite prospects to buck conventional wisdom and do the same.

For decades, predominantly white institutions have raked in revenue in part because of the achievements of black athletes. Someone like Williams could demonstrate that black athletes can generate money and exposure for HBCUs without sacrificing their pursuit of a pro career to do it.

“Honestly, all that it would take is one top-25 kid coming to an HBCU, being successful and going on to play in the NBA,” Norfolk State coach Robert Jones told Yahoo Sports. “Then a lot of other kids would follow. It would change everything.”

The history of HBCUs

Before the desegregation of college sports in the South, it once was common for top black athletes to attend predominantly black colleges. HBCUs produced many of the nation’s best-known athletes, from Tennessee State’s Wilma Rudolph, to Florida A&M’s Bob Hayes, to Grambling State’s Willis Reed, to Winston-Salem State’s Earl “the Pearl” Monroe.

By the end of the civil rights movement, even the most stubborn Deep South coaches knew they needed to integrate to remain competitive. Majority-white institutions began siphoning away much of the South’s top black talent, positioning those schools to cash in when college sports evolved into a big-dollar business and pushing HBCUs further and further behind.

Consider Grambling State, home of maybe the most storied HBCU football program. In 2013 players staged a boycott and forfeited a game in protest of the school’s crumbling facilities, long bus trips to road games and frequent coaching changes.

Or take Mississippi Valley State, which often can’t afford to play a single non-league basketball game at home. To aid their cash-strapped athletic department, the Delta Devils crisscross the country playing nothing but road games and collecting tens of thousands of dollars in appearance fees from each opponent.

The disparity in resources is only part of the reason why most blue-chip recruits don’t consider picking North Carolina A&T over North Carolina or Florida A&M over Florida. Power-conference programs can typically also offer bigger crowds, stronger competition, more proven coaching and a better chance to win.

Whereas HBCU coaches once resisted wasting time and money recruiting against high-major programs with deeper pockets, that has recently begun to change. HBCU coaches recognize an opportunity with the Black Lives Matter movement inspiring black teens to show more pride in their culture and strengthen their communities.

Last October, two of the nation’s top high school players took official visits to Howard University on back-to-back weekends. The visits were a jolt of positive publicity for Howard even though Makur Maker has moved on to other schools and Josh Christopher has chosen Arizona State.

“Howard was seriously considered,” said Laron Christopher, Josh’s father. “The courage it took Josh to take the visit was powerful to me because it said that he was different. He was standing for something bigger than basketball.”

Because their recruiting budgets are so meager, HBCU coaches try to be selective about which Rivals 150 prospects they pursue. The primary factor is whether a coach already has a strong relationship with someone close to the player. Coaches may also look for elite prospects who have a parent who attended an HBCU or who appear unusually comfortable taking a different path than their peers.

There are two schools of thought for how an HBCU can win a recruiting battle against prestigious power-conference programs.

The first is exemplified by a tweet sent earlier this week by Mo Williams, a 14-year NBA veteran and newly hired Alabama State coach. He portrayed choosing an HBCU over a predominantly white institution as a way of strengthening the black community and protesting racial inequality.

At the other end of the spectrum is Tennessee State coach Brian “Penny” Collins. The third-year coach will not trivialize the movement demanding justice for George Floyd and an end to police brutality by using it to help him recruit.

“For me personally, I don’t take any joy in trying to get rich off what was probably one of the most horrific moments of my life, seeing George Floyd murdered,” Collins said.

“What’s going on in the world has sparked interest in trying to make sure the African-American community is stronger, so naturally you’re going to have people talk about going to HBCUs as part of that. That’s fine, but you’re not going to see me use that to my advantage. You’re not going to see me say that’s why you should come play for me. You’re going to come play for us because if your dream is to become a doctor or a lawyer, we can make that happen. Or if your dream is to play in the NBA, we can make that happen.”

Ask sports marketing experts whether Mikey Williams would benefit more from picking a college basketball blue blood or an HBCU, and the answer may come as a surprise.

They say the novelty of a marquee player making such an unprecedented decision would surpass the heavy media exposure he’d receive elsewhere.

At Duke, Kansas, or Kentucky, he’d just be the next man up. At an HBCU, he’d have the chance to leave a lasting impression.

“An elite athlete blazing a path there would be a unique move, garnering significant attention, making him a standout, and building a huge following,” said Bob Dorfman, executive director of San Francisco-based Baker Street Advertising. “Which, assuming the athlete lives up to his potential, would lead to major marketing and endorsement dollars.”

That fact is surely not lost on Williams, who might be even more savvy as a marketer than he is explosive with a basketball in his hands.

He already had more than one million Instagram followers before he played his first game at San Ysidro High School in San Diego. He now has a following of more than two million, including the likes of Drake, LeBron James, and Dwyane Wade.

“Mikey is changing the narrative on his recruitment,” Udo-Uma said. “Small schools and big schools all have a chance. He knows he can play basketball anywhere.”

In many ways, Williams checks all the boxes for the type of elite prospect who might consider an HBCU.

His mom attended Hampton University. His family has been talking about him possibly going to an HBCU for years. And above all else, he views himself as a trendsetter, one who might prefer to lead an HBCU renaissance than go to a name-brand college program.

“Why does it always have to be the big names?” Williams wrote Wednesday on Instagram. “Have you ever thought about helping your own people out?? WE ARE THE REASON THAT THESE SCHOOLS HAVE SUCH BIG NAMES AND SUCH GOOD HISTORY..But in the end what do we get out of it??”