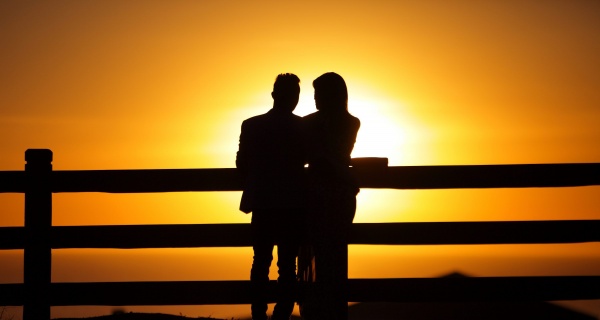 “Since Proverbs 31 paints a picture of an excellent wife, does that mean there’s such a thing as a non-excellent wife?”

I’d never considered the question before, but it was a good one. It made me think.

Essentially, my friend wondered if there are certain types of women that are, or would be, “bad” wives.

So… what type of woman makes a “less-than-excellent” wife?

Years ago JP and I adopted this saying. I’m not sure whether we heard it or if we made it up ourselves, but it’s kept us in tune with each other over three decades of marriage.

Honestly, though, having an attitude of prioritizing one another’s needs, preferences, and opinions didn’t come naturally. Frankly, it can be easier to dismiss your partner’s needs than to deal with them.

A dismissive woman devalues or diminishes her spouse’s preferences, opinions, or desires. Sometimes you’ll hear a dismissive woman turning the conversation back to herself, (“Yes, but what about my needs?”) or failing to really consider the desire (“That’s just not practical/realistic/happening in this lifetime.”) or even shaming the need (“Oh, for heaven’s sake, you’re not one of the children! Grow up.”).

Sometimes though, a dismissive woman is more subtle. She won’t tell her partner she’s dismissing his need or preference; she’ll simply ignore it. Or she’ll become unavailable physically, sexually, or emotionally.

Why is this “bad”? When a woman unilaterally dismisses her partner’s need or preference, her husband feels rejected, unloved, and unimportant. He may not say it, but he feels it. Plain and simple, it hurts.

Anything that hurts a marriage partner hurts the marriage. Period.

Does this mean a wife should be at her husband’s beck and call, ready to fulfill every desire? Absolutely not! It does mean, though, that she genuinely cares about her partner’s feelings and wants to meet his needs when she can.

Really, this attitude is the mandate for all Christ-followers, in every relationship. “Let each of you look not only to his own interests, but also to the interests of others.” (Phil 2:4)

The first description of an excellent wife in Proverbs 31—the very first one—is this: “Her husband can trust her, and she will greatly enrich his life.” (Proverbs 31:11, NLT). The NIV says “Her husband has full confidence in her.”

You don’t have to be a rocket scientist to figure out that if a good wife is trustworthy, a bad wife isn’t.

If you’re considering marrying a woman whose integrity you question, let me offer you a friendly piece of advice: run.

A dependable woman can be trusted to be faithful to her man, responsible in her decisions, and wise with their children. She’ll hang on with you through the tough times and hold on to you in the good.

She’s honest and she’s honorable. She doesn’t withhold the truth; she upholds the truth. Even in small matters.

This type of woman enriches the life of everyone around her—most of all, her husband.

“How many kids do you have?” I asked. “Three. Four, if you count my husband.” Everyone laughed… sort of. But her answer was no laughing matter. Comments like this—though they sound innocent on the surface—indicate something underneath: a lack of respect for one’s partner.

Disrespect doesn’t always come in the form of words. It can come with a look: eye-rolling, a shaking head, or a deep sigh. It can be an attempt to control, to mother or to demean a husband. These actions send the same message: You’re an idiot. I don’t respect you.

God gives only one command directed to wives: “Wives see to it that you respect your husbands” (Ephesians 5:33). In healthy, life-giving marriages, wives respect their husbands, and husbands love their wives. God’s plan is a win for both sides.

Are some men are easier to respect than others? You bet. But every healthy relationship, both inside and outside of marriage—every single one—is built on the foundation of respect. Without respect relationships crumble.

All healthy relationships have a level of both dependence and independence, but when the pendulum swings too far on either side, something is amiss.

The overly dependent woman looks to her partner to meet most, if not all, of her emotional needs. She often has a hard time encouraging his independent interests. She frequently manipulates through tears, emotional outbursts, withdrawal, or demands. She can even be dramatic, if necessary. Why does she behave this way? She’s prone to see romantic relationships as her savior and feels lost without one. Even in unhealthy scenarios, an overly dependent woman has difficulty severing ties.

Conversely, the overly independent woman has difficulty cementing ties. She may fear commitment. She may fear being controlled. She may be so used to doing things her way, partnering with another person seems foreign.

In relationships neither over-dependence or over-independence is healthy. Marriage is a team sport, meant for two equal partners.

There are two relational truths many women fail to understand:

Truth 1: At the heart of every good man is the desire to please his wife.

Truth 2: It’s hard to stay emotionally, physically, and spiritually connected to a person who consistently makes you feel discouraged… even if that person is your wife.

This is why the discouraging wife can be so lethal to a life-giving marriage. The discouraging woman makes her man feel like he can’t do anything right, no matter how hard he tries. In the inner recess of her mind she thinks I would like him more if he… Her unspoken goal is change him. She might use criticism (not the healthy, constructive type). She may complain incessantly. She may name call, nitpick, or control. No matter how her discouragement manifests itself, the outcome is the same: Her husband usually feels worse in her presence than better.

This isn’t to say a wife can’t disagree or express disappointment. It doesn’t mean wives can’t have hard conversations. It does mean, though, that we learn the art of having hard conversations without being hard-hearted.

The Bible speaks to this issue: “Let everything you say be good and helpful, so that your words will be an encouragement to those who hear them.” (Ephesians 4:29)

Good wives encourage the best by raising the bar, not discouraging the worst by lowering it.

None of us has to be a “bad” spouse—or marry one—if we follow His plan.