On-Duty Cop 'Took Two Women On Joy Ride In His Car With Lights Flashing, Then Raped Them' 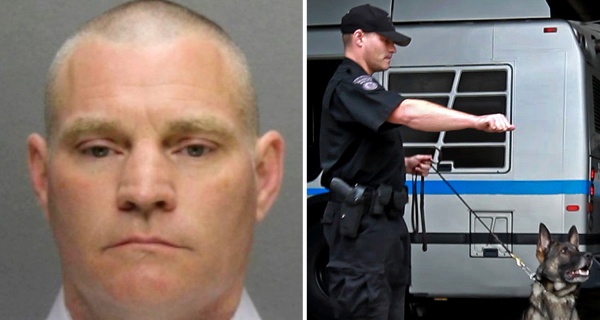 An on-duty police officer took two female friends for a joy ride in his cruiser with its lights flashing – then raped them, a court heard. Shawn McCarthy, 46, reportedly attacked the women in July 2012 while working for Boston Transit Police.

McCarthy, who was arraigned on rape charges Thursday, is said to have picked the two women, who were in their 20s, up outside the city’s Aquarium subway station. Both of his alleged victims had been drinking. The alleged rapist is then said to have offered the woman a ride in his car, despite being advised not to by a colleague who was with him.

McCarthy allegedly drove the woman around the area in the cruiser with its blue lights flashing, before stopping in a vacant parking lot so they could relieve themselves, WCVB reported. T

The cop is then said to have turned nasty, telling the women that he hadn’t risked his job ‘for nothing’ and demanding something in return for the ride he’d taken them on. McCarthy is said to have raped one woman up against the side of his cruiser, and the other in the back seat of his car.

After reporting the alleged sex attacks, the women told investigators they’d gone along with McCarty’s demands for fear he’d get them in trouble if they refused.

McCarthy is then said to have driven the women back into town and warned them not to tell anyone what had happened.

His alleged crimes came to light in August 2019, when one of the two women applied for a job with a separate law enforcement department and disclosed what she said had happened to her.

That triggered an investigation which saw McCarthy identified and put on administrative leave. The veteran cop, who had 19 years experience, resigned from his job last December.

Suffolk County District Attorney Rachel Rollins, who is prosecuting the case, said: ‘When a member of any law enforcement agency commits such a horrendous act, it erodes the community’s confidence in law enforcement as a whole.

‘When law enforcement asks for the community’s help in solving crime, we and the police must be trusted. My office intends to hold this individual accountable as part of our efforts to rebuild the community’s trust in this noble profession.’

McCarthy has been freed on bail ahead of his next court appearance.