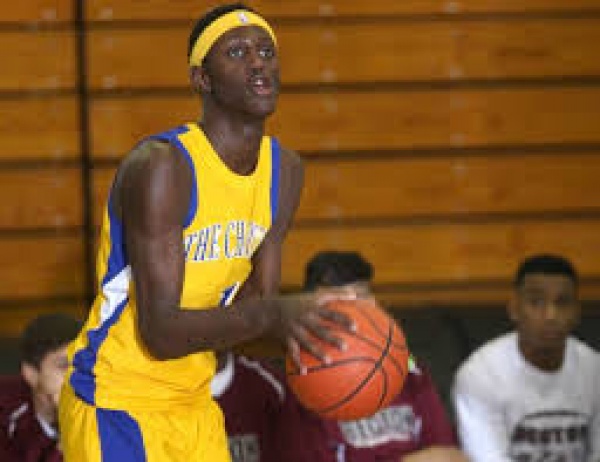 Date Posted: Sunday, April 19th, 2015
A 15-year-old high school basketball star was killed and three others were wounded on Saturday night in the city’s 4th Ward – yet another chilling reminder of similar shootings that that have occurred in the city over the last year.

Officials and friends at the scene identified the teenager as Armoni Sexton, a freshman at Paterson Charter School for Science and Technology and a star varsity basketball player who dreamed of using his talents as a way out of the city’s violent 4th Ward.

Police said they responded to a call of shots fired near a liquor store located at 230 Rosa Parks Boulevard, close to the corner of Godwin Avenue, at approximately 8:37 p.m. on Saturday night.

Sexton was one of four people who were struck by bullets that sprayed out of a car that was passing by. The victims were transported to St. Joseph’s Hospital, but Sexton was later pronounced dead at 11:55 a.m. on Sunday.

Authorities did not release the names of the other victims – two are male and one is female – but Detective Capt. Heriberto Rodriguez of the Paterson Police Department said they were expected to survive their injuries.

Mecca Williams, 15, said she was with Sexton moments before the shooting.

Williams was walking along Rosa Parks Boulevard around 8:30 p.m. when she spotted Sexton, whom she has known for more than four years, near a chain-link fence next to 230 Liquors and crossed the street to talk to him.

Williams said he asked her “how she was doing,” before the two parted ways. Nothing seemed out of the ordinary, she said, and the last words she said Sexton said to her were: “I’ll see you soon. Be safe.”

Almost immediately, gunshots rang through the air and Williams darted into the nearby liquor store, seeking cover. Moments later she slowly walked out of the store and found Sexton lying on the ground.

“I saw him laying there and just started screaming,” she said. “It was devastating to see my friend gone. Thank God the liquor store’s windows are bulletproof, or I would have been dead, too.”

Jenell Best, a 63-year-old who lives in an apartment across the street from the liquor store, said that after the shots rang out, police arrived on the scene in “full force.”

“There were lights and sirens everywhere, the police were very responsive,” Best said. “But in my heart I knew it was someone young who had died.”

Authorities have not released details on the type of vehicle used in the shooting or how many weapons were used.

Sexton and his family lived on Harrison Street, only a few blocks away from the site of the shooting. A family member standing outside of the home on Sunday afternoon said the family did not wish to comment.

The shooting took place near a large scrawl of graffiti on Godwin Avenue that spelled out “Welcome to Death Ave” – a grizzly reminder of the notorious violent history of blocks surrounding the street.

The drive-by attack on Saturday night was Paterson’s seventh shooting in the past nine days, an outbreak of violence that followed a three-week period in which there were no gun attacks. Paterson has had 25 shootings this year in which four people have been killed and 27 wounded.

Police Director Jerry Speziale said while overall the city’s violent crime rates are trending lower, the department had overtime detail of extra police officers and extra detectives on Saturday night to address a recent increase in problems in the city’s crime hot spots – like Godwin Avenue.

Despite this, Speziale said, it is nearly “impossible” to stop someone when they “decide to commit such a heinous crime.”

“Even if statistically numbers of crimes, gun-related crime and violent crime are down, regardless of all that we just lost a young man,” Speziale said. “Unless it is all down 100 percent and no one loses a life, it is not acceptable. We are not going to give up, we are going to do what we have to do to make a safer city.”

Speziale has a personal connection with the 15-year-old. The director said his son played on a travel league basketball team with the boy about four or five years ago. Speziale said he didn’t know that until he went to visit the victim’s mother at about 3 a.m.

“When I was talking with his mother, it really hit home,” Speziale said. “It’s heart wrenching to see young adults taking the lives of other young adults.”

Speziale said the department will continue to come up with programs – such as the Paterson Safe City Initiative – to educate young Paterson residents about violent crimes and “make people understand the precious aspect of life.”

“You can’t arrest your way out of these problems,” he said. “We have to have other programs to educate our youth. It’s been proven to work in other cities, but the process takes time.”

Sexton’s death is a chilling parallel to other teenagers who have been gunned down by drive-by shootings in Paterson over the last year.

Ten months ago 12-year-old Genesis Rincon was shot in the head by a gunman as she rode her scooter down Rosa Parks Boulevard coming back from a local bodega.

In September of last year 14-year-old Nazerah Bugg died in the arms of a friend after walking along Clinton Street, less than a block from the basketball court she practiced at to achieve her dream of using her talents as a way to escape the violent streets of Paterson.

Friends of Sexton said on Sunday that he, much like Nazerah, hoped that his talent in basketball would be the key to escaping Paterson’s violent 4th Ward.

“All he did was play basketball and go to school,” Shonte Johnson, an 18-year-old who knew Sexton said across the street from the shooting. “He was always out on the courts.”

Johnson said he had dreams of playing in the NBA and was relentless in practicing his skills.

Councilwoman Ruby Cotton, who represents the 4th Ward, said her grandson played basketball with Sexton and that “something has to give” with the rash of teenager deaths in Paterson.

“I feel awful,” she said standing across the street from where Sexton was shot. “When something like this happens to one of us, it really happened to all of us. Hopefully we will be able to get to the bottom of this and implement more things to help solve the problems that lead to this.”