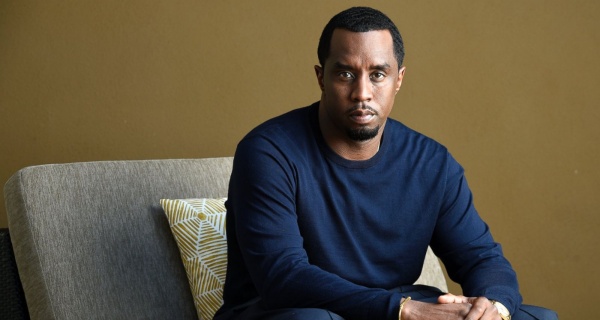 This man knows how to hustle. According to Forbes, Diddy’s net worth has jumped from a massive $740 million in 2019 to $885 million in 2020 - putting him on track to becoming the second rapper billionaire. Jay-Z is the first, and like Jay-Z, Diddy earns cash from much more than a few hit hip-hop tracks from the early 2000s.

It isn’t actually Diddy’s music that makes him the most money these days. While he’s currently signed to Epic Records, the last time he released an album of his own was in 2006. He’s raking in the cash through literally dozens of other business ventures, some of which have been running for over 20 years. According to him, his lifelong commitment to giving customers his best is the reason for his success.

“I started my business career at age 12, delivering newspapers,” Diddy explained in Forbes’ ‘Greatest Business Minds’ issue. “Since then, I’ve always understood that if I give the customers my best and service them differently, whether music, clothing or vodka, I’ll get a return on my hard work.”

Read on to find out just which products and services make Diddy his millions today.

For this bottled water company, Diddy partnered with A-list actor, Mark Wahlberg, and marketed the product as a sort of fitness drink. It’s advertised as having twice the amount of electrolytes of other bottled waters and an “elevated alkaline pH level”.

A marketing claim on the packaging indicates that the bottled water can “restore hydration levels during performance without any sugar or calories.” Water that’s hydrating? Revolutionary.

If you want to smell like you also have millions upon millions of dollars in the bank, try Diddy's own personal fragrance brands. His main fragrance is a men’s cologne called ‘Unforgivable’, which was a number-one bestseller in the United States upon its release in 2006.

Since then, he’s put out ‘Unforgivable Woman,’ ‘Unforgivable Night,’ ‘I Am King,’ and ‘3AM’. These scents are stocked at fragrance stores everywhere.

15
Royalties From The Notorious B.I.G.

Diddy makes a substantial amount of his fortune from his late business partner and friend, Biggie. Diddy's label produced two posthumous Biggie albums, and each one put some profits into Diddy’s pockets. Diddy’s faced major criticism for these moves.

"Biggie's name should never have become Diddy's Black Card,” Tweeted 50 Cent in 2011. “When was the last time Diddy really was biggin up his brother, not biggin up his bank?”

In 1998, Diddy launched Sean John, his own fashion line and clothing company. It’s been turning a profit ever since, with a high point in 2004, when it earned Diddy the prestigious Council of Fashion Designers of America (CFDA) award for Menswear Designer of the Year.

Sean John’s latest release is a 2020 T-shirt collection with bold slogans like “Own The Future” and “Never Surrender.”

Since 2013, Diddy has owned Combs Wine and Spirits, a liquor company that manages his branded alcoholic products. As Beverage Media Group reports, Diddy launched it so that he could take full advantage of his “access to influencers” and we totally get it.

Celebrities like to pop bottles, so why not be the person who makes those bottles? Diddy’s partied enough to know how much money’s in the liquor game.

Ciroc wasn’t always Diddy’s, but since he bought a 50 percent stake in the company, The Financial Times reports that Cîroc has grown from selling 50,000 cases per year to 2 million cases per year!

Yet another alcohol brand part-owned by Mr. Combs is DeLeón. It’s a so-called “luxury tequila brand”...with the prices to prove it. The brand has six different products, ranging from the relatively affordable DeLeón Diamante ($150 per bottle) to the ultra-luxe DeLeón Leóna ($850 per bottle). All tequilas in the collection are made from Blue Weber agave from the highlands of Jalisco.

By creating his own cable network, Diddy has access to more than 50 million viewers (according to his own company’s stats at CombsEnterprises.com). His station, called REVOLT TV, has Diddy-curated music videos, music news. recording artist interviews, exclusive performances, and even its own original programming.

You can watch it all from the US, the Bahamas, the Cayman Islands, Jamaica, and Trinidad - it’s THAT international.

Diddy’s film production company is no joke. It’s got more than ten feature films under its belt, including one (Lawless) that was nominated for a Palme D’Or at Cannes and won big at the Hollywood Film Awards.

If that’s not impressive enough, another REVOLT film (Undefeated) actually won the Academy Award for Best Documentary Feature in 2012. That’s right - Diddy has an Oscar.

In 2016, Diddy opened a charter school in Harlem, NYC. "I want Harlem to have the best schools," he explained in the school’s opening ceremonies. "The best of everything. Instead of me complaining about education, I want to do something about it. So that's why I'm starting this school.”

He doesn’t make much money from it but launching the school was one of his many business ventures.

Way back in 1993, Diddy founded Bad Boy Records, a label imprint under Sony Music Media. Over the years, Bad Boy has backed the top artists in rap and R&B, from Faith Evans and Boyz N Da Hood to Mase and Machine Gun Kelly.

Fun fact: Diddy launched this label after working as an intern at Uptown Records, where he actually helped to develop Mary J. Blige’s first album.

The Bad Boy label’s tour activity is managed by Bad Boy Touring, which is obviously also owned by Diddy.

The company's biggest event was the Bad Boy Family Reunion Tour in 2016. It featured performances by Bad Boy artists, such as Diddy himself and Lil Kim, plus guest artists, including Kanye West, ASAP Rocky, Rick Ross, Jay-Z, Gucci Mane, Kodak Black, and more. That tour alone earned Diddy $17.5 million, according to Rolling Stone.

If you haven’t noticed yet, we’ll tell you - Diddy is into giving back to the communities that raised him. He acknowledges that the urban East Coast community that fostered his talents is to thank for launching his career, and wants others to have similar opportunities.

The Combs Foundation has given funds to budding entrepreneurs and hard-working students, through initiatives like the Urban Entrepreneurs Foundation and donations to his alma mater, Howard University.

This is a pretty genius move on Diddy’s part since his own media networks make up a lot of Janice Combs Music Publishing’s client base.

Yet another clothing brand that generates profits which boost Diddy’s bank balance is ENYCE, a company he started in 1996. It’s marketed as a “hip-hop/streetwear line” with products ranging from nostalgia-inducing sneakers to reprints of slogan tees that artists like Jay-Z wore in the 90s.

Hit ENYCE up for styles that make you look like you featured on a Bad Boy Records-produced album from 1999.

Zac Posen’s clothing brand is way different from every other one of Diddy’s fashion ventures. It’s super preppy and buttoned-up when compared to Sean John and ENYCE, but Diddy is an equal partner in the Zac Posen fashion empire. This means 50 percent of all Zac Posen clothing profits since 2004 have gone right into Diddy’s own bank account, according to a deal reported by the fashion news website, WWD.

With a client base like that, can anyone be surprised that Diddy’s pushing billionaire status?