Where Do Tornadoes Hit The Most In The US? Here Are The Top 5 States 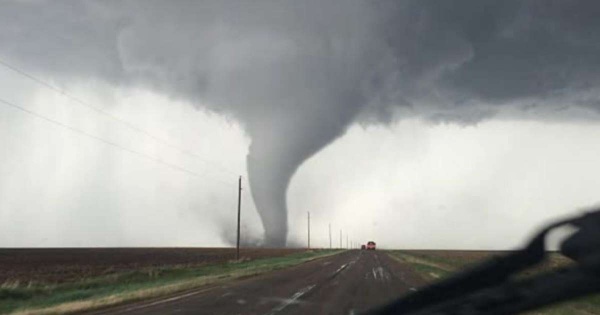 Born from thunderstorms, tornadoes can cause immense devastation, ripping apart homes and tossing cars like toys.

Tornadoes can happen any time of the year, but there are distinct seasons for twisters in different parts of the country, according to the National Oceanic and Atmospheric Administration's Storm Prediction Center (SPC). On average, around 1,200 tornadoes are reported in the U.S. every year, more than any country in the world.

"There is a general northward shift in 'tornado season' in the U.S. from late winter through midsummer," the SPC says. "The peak period for tornadoes in the Southern Plains, for example, is during May into early June. On the Gulf Coast, it is earlier during the spring; in the Northern Plains and upper Midwest, it is June or July."

According to NOAA, some parts of the world are much more prone to tornadoes than others. The middle latitudes, particularly between about 30 degrees and 50 degrees North or South, provide the most favorable environment for "tornadogenesis."

"This is the region where cold, polar air meets against warmer, subtropical air, often generating convective precipitation along the collision boundaries," according to the agency. "In addition, air in the midlatitudes often flows at different speeds and directions at different levels of the troposphere, facilitating the development of rotation within a storm cell."

So what are the states that see the most tornadoes? Here are the top five states with the highest average annual number of tornadoes between 1991 and 2010.

On average, tornadoes kill about 60 people per year, mostly from flying or falling debris. But the actual number can vary from single digits to hundreds, according to the SPC.