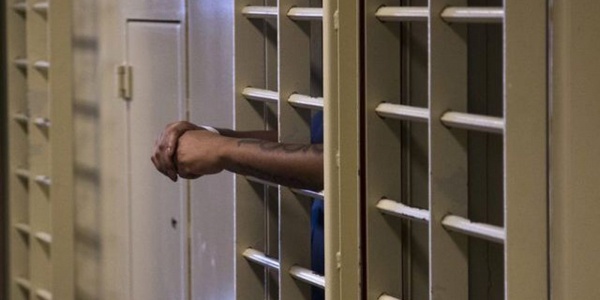 Black men, women, and minors have been wrongly accused, imprisoned, then exonerated – typically many years later. The story isn’t an unfamiliar one and it happens rather often. Clifford Williams and his nephew Nathan Myers spent 43 years in prison for a murder that they did not commit. According to the Florida Phoenix, the uncle and nephew were convicted of fatally shooting a woman named Janette Williams, who was not related to either of the men, in her bedroom in 1976. Williams and Myers’ convictions were found to be based on one witness’s account, the victim’s partner. There was also no forensic evidence to corroborate the witness’ testimony. A man named Nathaniel Lawson later confessed to killing Williams in a drug dispute. It was later discovered that the bullets that killed Williams came from outside of her window, not inside of her home, according to the report.

Attorneys from the Innocence Project of Florida represented the men and led them to freedom in March of 2019.

On Wednesday, the Florida House committee approved of the compensation bill (HB 6507) sponsored by state Rep. Kimberly Daniels, D-Jacksonville, which will award Williams with $2.15 million – $50,000 for each year he spent in prison, according to the Destin Log.

A man named Calvin Bright walked free after serving 25 years in a Washington, DC prison for a double murder that he did not commit. According to a report from the Associated Press, Bright was convicted of first-degree murder in 1994 for the shooting deaths of Tammy Peay and William Ramsey. However, Bright’s lawyers had no knowledge of a letter from DC police, which named another man as a suspect in the murders, and according to his legal counsel could have changed the entire trajectory of his case. The report says Bright maintained his innocence and recently passed a polygraph test, which questioned if he committed the murders.

Bright was originally sentenced to 65 years to life but reached a settlement with the U.S. State’s Attorney’s Office and his sentence is now “time served,” according to WUSA9. Per the agreement, he also cannot sue for his wrongful conviction.

A case was recently dropped against two New Jersey men serving life sentences for a double murder after an appeals court discovered new evidence that “powerfully undermines” the testimony given by a lone witness in the case, according to a report from NJ.com. Kevin Baker and Sean Washington have spent 25 years in prison for a 1995 double murder at a housing complex in Camden, New Jersey that they both have maintained their innocence on. Baker and Washington were convicted after being on trial for only two days. A woman named Denise Rand, who testified in the case, told jurors that she was high on crack cocaine when she witnessed Baker and Washington approach Rodney Turner and Margaret Wilson, shooting them both in the head.

A three-judge appellate dropped the case in December, stating that the witness “vacillated on many aspects of her narrative.”

Baker said he was not near the scene when the incident took place. Washington said he discovered the bodies and called 911. The 911 call surfaced years later.

The evidence also proved the men’s innocence as “ballistics and forensics testing that showed the victims were killed by a single shooter while lying in the courtyard — not by two shooters while standing upright, as Rand had testified,” according to NJ.com.

The appeals court also determined that the evidence, in addition to Washington’s 911 call, would result in a different verdict from the jury.

Camden County Prosecutor’s Office said on Tuesday that neither Baker nor Washington will be retried for the crime. The office additionally said that the notice of reinstating their convictions will be retracted.

Last month, Theophalis Wilson was freed from prison after serving 28 years for a triple murder that he did not commit. The Philadelphia Court of Common Pleas exonerated the 48-year-old and ordered for his immediate release following a judge tossing his conviction due to “serious misconduct by the prosecution, an ineffective defense and a witness who supplied false testimony,” according to a Philadelphia ABC affiliate.

In November 2019, Alfred Chestnut, Ransom Watkins, and Andrew Stewart from Baltimore were freed from prison after 36 years for a wrongful murder conviction. They were accused of shooting and killing 14-year-old DeWitt Duckett after allegedly trying to rob him of his Georgetown University Starter jacket in 1983. Police arrested the three teens on Thanksgiving Day that year, and they were later convicted of murder and sentenced to life in prison. Prosecutors later admitted that the case “encouraged false witness testimony and ignored evidence of another assailant.”

Deandre Charles, who was 15 years old at the time, was accused of gunning down Rabbi Joseph Raksin in August 2014. Evidence in the case used by prosecutors included a faulty suspect sketch, which looked like it could have been the work of a middle schooler. The police claimed that Charles’ DNA was on the murder weapon and the getaway vehicle. Investigators also said cellphone records indicated that the teenager was near the crime scene. However, the circuit judge presiding over the case criticized the prosecutor for its circumstantial evidence that fell apart. He ordered the prosecutor to release Charles on bail in March 2016. The district attorney dropped the charges in January 2017.

In 2002, the now-Exonerated Five, Raymond Santana, Kevin Richardson, Antron McCray, Yusef Salaam, and Korey Wise were released from prison after being wrongfully convicted of crimes related to the rape of a white woman, Trisha Meili, in Central Park in 1989. The men, who were teens between the ages of 14 and 16 at the time, became labeled the Central Park Five. The prosecution of the teens was based on confessions they made after being interrogated by police, with neither counsel nor parents present. Their convictions were vacated after Matias Reyes, a convicted murderer and serial rapist serving a life sentence in prison, confessed to the crime in 2001.

They were exonerated in 2002. Following their release, the five men filed a lawsuit against the City of New York for malicious prosecution, racial discrimination, and emotional distress, and received a $41 million settlement. They also sued New York State for additional damages. The lawsuit was settled in 2016 for $3.9 million.

The list of Black men, women and teens who have faced wrongful convictions from prosecutors after being unjustly arrested and accused by corrupt police officers is far too long. The stripping of their freedom and taking them away from their families, while also embedding a deeply rooted trauma is something they will likely never forget.

See below for more.

Clifford Williams and his nephew Nathan Myers spent 43 years in prison for a murder that neither of the men committed. Their conviction was based on one witness, the victim’s partner. Williams was 33 and Myers was 18 when they were convicted.

Calvin Bright served 25 years in prison for a 1994 double murder that he did not commit. Evidence was recently uncovered, which proved the innocence that he has maintained since his conviction.

The two men were wrongfully accused of a double murder in Camden, New Jersey in 1995. They spent 25 years behind bars,

The Philadelphia man was falsely accused of a triple homicide in 1989. He spent 28 years in prison.

These Baltimore men were wrongfully accused of killing 14-year-old DeWitt Duckett for his Starter Jacket in 1983. They were released after 36 years.

The then-15-year-old was arrested for the killing of Rabbi Joseph Raksin in August 2014. Prosecutors used a faulty sketch when wrongfully convicting him. He was released in March 2016.

These five teens were between the ages of 14 and 16 when they were falsely accused of raping a white woman in Central Park in 1989. They were exonerated in 2002 after Matias Reyes, a convicted murderer and serial rapist serving a life sentence in prison, confessed to the crime in 2001.

Hinton was wrongly convicted of two murders that took place in Jefferson County, Alabama in 1985. Despite having no witnesses and no fingerprint evidence, the State convicted him by saying the murder weapon, a gun, was at his mother’s home. He spent nearly 30 years in prison for a murder he didn’t commit. He was exonerated in 2015. The movie, ‘Just Mercy,’ is based on his life.

After more than 13 years in prison, a judge tossed the wrongful conviction of Lamar Johnson after three new witnesses came forward to say he was not the gunman who killed Carlos Sawyer in 2004.

Jones spent 45 years in prison for a rape he did not commit. He was given a life sentence without parole after allegedly abducting a nurse outside of Baton Rouge hospital. Baton Rouge Judge Richard Anderson released Jones on a $2,000 bond, claiming that there wasn’t enough evidence to show that he committed the crime.

Davis was jailed for months in 2018 for alleged sexual assault that he did not commit. Davis was cleared of wrongdoing through DNA evidence. He told NewsOne at the time, “I lost everything by going to jail. I lost my job and was homeless when I got out of jail.”

In 1991, Burton was arrested at age 16 for killing of his mother. His confession was coerced by detectives, and after spending nearly 20 years behind bars and another 10 on parole, he was exonerated in 2019.