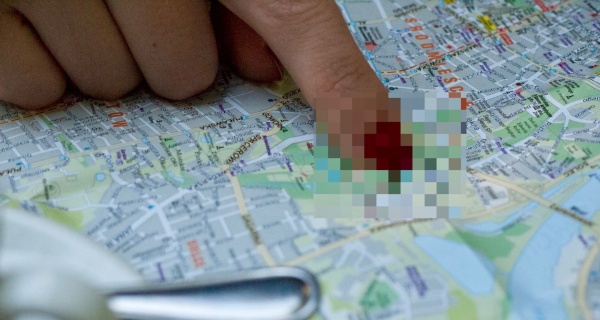 The Department of Homeland Security has bought a commercial database that tracks movements of "millions" of cellphones in America, and is using it to curb undocumented immigrants, The Wall Street Journal reported Friday, citing people familiar with the matter and documents it has seen.

Such databases are legal in the U.S. and are typically used for commercial purposes, for example serving ads. But this is the first discovery of the U.S. government purchasing and using bulk data to detect illegal border crossings and undocumented immigrants.

The Department of Homeland Security admitted to buying access to this data, but would not comment on how it's been used, the WSJ says.

But according to the report, the U.S. Immigration and Customs Enforcement agency (ICE) has actually made arrests after using this data to help identify movements of alleged undocumented immigrants. And the U.S. Customs and Border Protection agency (CBP) is using the data to find cellphone activity in "unusual places, such as remote stretches of desert that straddle the Mexican border," sources told the WSJ.

The data is gathered from smartphone apps in which the users have granted permission for location tracking. Though anonymized, a recent report from The New York Times showed how easy it is to connect this data to identities of people in the real world.

“While CBP is being provided access to location information, it is important to note that such information doesn’t include cellular phone tower data, is not ingested in bulk and doesn’t include the individual user’s identity,” a CBP spokesman told the WSJ.

An ICE spokesman said the agency "does not discuss specific law-enforcement tactics or techniques."

The report says that the DHS agencies have been buying the location data from a company called Venntel, which also declined to comment. But the fact that the government is purchasing this data from a commercial provider — just like any company could — makes it easy to circumvent court-set limitations for this type of surveillance.

Among other issues the use of this data raises is possible misuse; it's not hard to imagine a slippery slope from tracking undocumented immigrants to registered citizens.

And it's hardly ICE's first entanglement with a tech company. The government entity has previously generated headlines (and heated criticism) for partnering with Peter Thiel's Palantir and iPhone hacking tool creator Grayshift, all in the name of tracking undocumented immigrants.