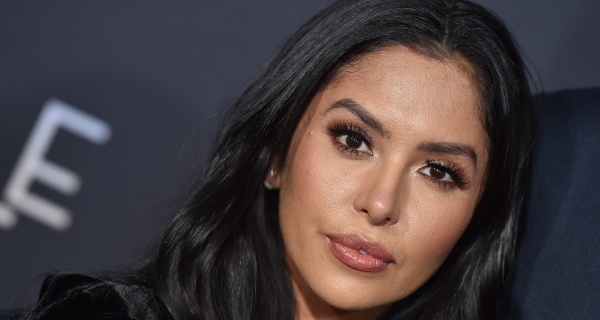 *Vanessa Bryant was the "Queen Mamba" to Kobe's "Black Mamba," and they were married for nearly 20 years.

*When Kobe and the couple's 13-year-old daughter, Gianna, were killed in a helicopter crash on Sunday, fans, athletes, and journalists shared their memories of Kobe as a devoted husband and father.

*He and Vanessa met when she was in high school and he was a young NBA star.

*The couple weathered infidelity and almost got divorced but ultimately stayed together until the end.

*In a statement Wednesday, Vanessa said she was "devastated" by the loss of her husband and daughter, and that "there aren't enough words to describe our pain right now."

The basketball icon Kobe Bryant, his 13-year-old daughter, Gianna, and seven others died in a helicopter crash in Calabasas, California, on January 26.

In the days after the crash, fans and athletes remembered not only Kobe's incredible legacy as a basketball player but also his reputation as a loving family man who was devoted to his wife, Vanessa, and their four daughters.

In a statement posted to Instagram on the third day since the crash, Vanessa wrote a pained tribute to Kobe and Gianna, describing them as "beautiful blessings taken from us too soon."

Vanessa and Kobe Bryant were married for 19 years before the basketball star's sudden death.

The couple met when Vanessa was a senior in high school. Her classmates were stunned when she caught the eye of then-20-year-old Los Angeles Lakers star Kobe Bryant.

Though many know the Black Mamba as one of the greatest players of all time, not as many know the woman who was by his side since the first years of his career.

This is how the Bryants weathered drama on and off the court while growing their family and cementing themselves as one of the most well-known couples in basketball.

Vanessa Urbieta Cornejo Laine was born on May 5, 1982, in Los Angeles.

Her parents were protective and didn't let her date much, the Los Angeles Times reported.

During the summer before her senior year of high school in 1999, Vanessa was spotted at a concert and asked to appear in a music video.

Vanessa was called to appear in a music video alongside rappers Snoop Dogg and Tha Eastsidaz for their song "G'd Up" and wore a metallic bikini for her debut as a music-video model.

Shortly after the shoot, the 17-year-old was called to appear in another music video. That's when she met 20-year-old Los Angeles Laker Kobe Bryant.

The basketball phenom later wrote on Instagram that he asked Vanessa for her number on November 28, 1999, and the pair went to Disneyland on their first date. Bodyguards trailed them at the park.

Vanessa soon became widely known as Kobe's other half, and their relationship caused a stir while she was attending her senior year at Marina High School in Huntington Beach, California.

"She'd bring pictures of Kobe to school, and we'd all be like 'Omygod!' " Vanessa's former classmate Monica Squadrilli told the Los Angeles Times. "I remember there was one of him playing with her puppies, and she would only let us look at it, we couldn't touch it."

Other classmates told the LA Times they remembered Kobe sending roses to the school office and picking her up from class in his Mercedes.

Vanessa became a fixture at Kobe's side in appearances at games and on red carpets before the Lakers star proposed at her 18th birthday party six months after they met.

The couple famously did not sign a prenuptial agreement. Vanessa's stepfather, Stephen Laine, later told the Los Angeles Times that "she just came home one day and said something to the effect that Kobe didn't want a prenup — that he loved her too much."

The young couple got married in April 2001, but the wedding was at the center of family drama.

Fewer than two years after they first met, the couple got married at St. Edward the Confessor Catholic Church in Southern California's Dana Point.

The ceremony was intimate and had only about 12 attendants, partially because neither Kobe's parents nor his sisters went because they disapproved of him getting married so young and to someone who was not African American, the LA Times reported.

Kobe later told the Orlando Sentinel that his relationship with Vanessa had sparked a large rift between him and his father. His father, Joe, denied holding any hostility toward his daughter-in-law, saying they were "cool." He acknowledged a rift with his son but said he respected Kobe's life.

As Kobe's star continued to rise, Vanessa was by his side. The couple thrilled fans when they announced in September 2002 that they were expecting a daughter.

When they went out in public, bodyguards went too.

Her middle name was a nod to Vanessa's love of diamonds, according to the LA Times.

Later that year, a 19-year-old woman accused Kobe of sexually assaulting her on a June 2003 trip to Denver.

In a statement released after the allegation surfaced, Vanessa stood by Kobe and said she trusted he would make amends in their marriage.

"I know that my husband has made a mistake, the mistake of adultery," she said in the statement. "He and I will have to deal with that within our marriage, and we will do so. He is not a criminal."

The Lakers guard held a July 2003 press conference in the Staples Center, where he acknowledged his infidelity but said the sexual encounter was consensual. As he spoke, Vanessa was at his side holding his hand.

"I sit here in front of you guys furious at myself, disgusted at myself for making the mistake of adultery," he said. "I love my wife with all my heart. She's my backbone."

The accuser didn't testify, and prosecutors dropped the case in September 2004. The two parties settled a civil suit out of court for an undisclosed amount on March 2, 2005.

The couple's appearance during the scandal became an iconic image, even sparking a mocking nod from "Saturday Night Live."

In the months after the scandal, all eyes were on Vanessa's hand. An opulent ring was rumored to be Kobe's penance.

It was initially rumored that the couple was headed for divorce after the scandal, but a $4 million 8-carat purple diamond ring was rumored to be a token of apology from the basketball star to his wife.

The star also showed off a fresh tattoo he got to honor her.

It included her name and angel wings on his right bicep.

Kobe later said in a 2015 documentary that it was around this time Vanessa had a miscarriage, which he blamed on himself.

Kobe said in the 2015 Showtime documentary "Muse" that Vanessa had a miscarriage while expecting the couple's second child.

He said he blamed himself and had wondered if the stress she experienced during his cheating scandal and sexual-assault charge led to the miscarriage.

Three years after the birth of their first child, Gianna Bryant was born on May 1, 2006.

"The arrival of our daughter early this morning is an incredible blessing for me and my family," Kobe said in a statement. "We are all full of beautiful emotions after what has been such an incredible day."

As Kobe continued to dominate the court, the couple turned to philanthropic efforts to give back to Los Angeles.

In 2007, the couple expanded their philanthropic reach when they established the Vivo Foundation, which would later become known as the Kobe and Vanessa Bryant Foundation.

The organization's mission statement says it is dedicated to helping children and families in need with financial and educational resources and "encouraging young people to stay active through sports."

The Bryants would later double their efforts in 2011 by founding a charitable organization that sought to fight homelessness and support homeless youth in Los Angeles.

In addition to their groups, the Bryants supported various other charities, including Stand Up to Cancer and the Make-A-Wish Foundation.

The couple appeared to be on the rocks again in December 2011, when after 10 years together, Vanessa filed for divorce in Orange County Superior Court.

But after the filing, which cited "irreconcilable differences," rumors swirled for months that the couple wouldn't go through with it.

In January 2013, the couple posted on social media to make their reconciliation official, the LA Times reported.

"We are looking forward to our future together," Vanessa said on Instagram. And Kobe wrote on Facebook that "when the show ends and the music stops, the journey is made beautiful by having that someone to share it with."

After their reconciliation, Vanessa and the couple's daughters were a fixture in the audience at Kobe's games.

Sitting courtside was one of the many perks the family had access to when Kobe was the highest-paid player in the NBA.

The license plate on Vanessa's Mercedes-Benz said "ICE QN," according to the LA Times.

In 2016, Kobe and Vanessa welcomed their third daughter, Bianka Bryant, shortly before the basketball star announced his retirement.

Vanessa is famously a private person and rarely grants interviews.

She did release a statement after her husband's retirement: "I'm so excited to see what God has in store for us as a family now that one chapter is closing and new ones are opening."

Vanessa and her daughters were a focal point of Kobe's growing image as a family man as the retired player focused on working with charities and women's sports.

The new chapter of Kobe's career expanded on the family's existing efforts to encourage young athletes, and the father of four initially pulled away from basketball but became more involved in it as his daughter Gianna showed a flourishing interest in the sport.

Kobe coached his daughter's team, the Mambas, and established the Mamba Sports Academy, which hosts a wide variety of athletes for holistic training, practices, and tournaments alongside NBA and WNBA players.

The Bryant family was thrust into the spotlight again when Kobe and 13-year-old Gianna were killed in a shocking helicopter crash on January 26.

Kobe and Gianna were among the nine victims who were traveling to the Thousand Oaks, California, Mamba training facility when their helicopter crashed.

Fans, athletes, and sports journalists mourned the losses of one of basketball's greatest icons and one of its most promising future athletes.

The singer Jessica Simpson shared an Instagram post after the accident that included a photo of the area where the helicopter crashed and a touching caption that paid tribute to Vanessa and Kobe's relationship.

"My heart is completely broken for all the families and loved ones left behind trying to make sense of things in this tragic moment," Simpson wrote. "Vanessa, you are the woman and wife that championed your husband to greatness."

On Wednesday, Vanessa changed her Instagram profile picture to a photo of Kobe and Gianna hugging and smiling.

It was her first public social-media activity since their deaths on Sunday.

A few hours later, Vanessa posted a tribute to Gianna and Kobe, from herself and their three surviving daughters.

Vanessa said that she and her family were "devastated" by the sudden loss of Kobe and Gianna.

She described them as "our beautiful blessings taken from us too soon."

Vanessa vowed they would continue despite their pain. She said: "But we wake up each day, trying to keep pushing because Kobe, and our baby girl, Gigi, are shining on us to light the way."

As part of the tribute, she announced a fund to support the families of the other seven people killed in the helicopter crash.