Things To Know About Intermittent Fasting 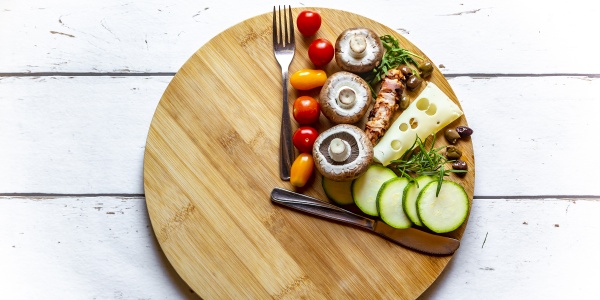 Many patients ask their doctors about intermittent fasting, but the physicians themselves are often not up on the science.

The evidence just keeps growing in favor of intermittent fasting — and not just for weight loss.

Studies and clinical trials have shown the eating regimen has “broad-spectrum benefits” for health problems including obesity, diabetes, heart disease, cancer and neurologic disorders, researchers wrote in a new review of research in humans and animals.

The paper was published Wednesday in the New England Journal of Medicine.

The powerful health effects appear to come from the body flipping a “metabolic switch” during fasting — or shifting away from using sugar as its main source of energy and instead converting fat for fuel when a person’s stomach is empty.

But most people still eat all throughout the day and miss out on the health benefits, said lead author Mark Mattson, adjunct professor of neuroscience at the Johns Hopkins University School of Medicine.

“The evidence is accumulating that this metabolic switch triggers a lot of signaling pathways in cells and various organs that improve their stress resistance and resilience,” Mattson, who has been practicing intermittent fasting for 30 years, told TODAY.

“If you eat three meals a day plus snacks spaced out… you may never have that metabolic switch occurring.”

Many patients ask their doctors about intermittent fasting, but the physicians themselves are often not up on the science, which has rapidly progressed, he added. Medical schools still aren’t teaching future doctors about the benefits, but Mattson is hopeful that will change with time.

What the science shows:

When a person depletes his or her sugar energy stores during fasting, fats are released from fat cells and converted to ketone bodies by the liver.

Ketone bodies aren’t just an energy source, but also have a “potent signaling” function. The body responds by activating certain pathways that boost beneficial processes like autophagy, a mechanism that helps to regenerate cells. These pathways are untapped or suppressed in people who overeat and are sedentary, the review noted.

When a person switches between a fed and fasted state, it stimulates responses that boost mental and physical performance, plus disease resistance, the authors wrote.

“We’re adapted through millions of years of evolution to respond to reduced food availability in ways that one, enable us to get food, but two, increase our ability to resist various types of environmental stress,” Mattson said.

No studies have yet determined whether intermittent fasting affects cancer recurrence in humans, but research in animals has shown it reduces the number of spontaneous tumors during aging.

The weight-loss factor is also a major draw: Intermittent fasting can help people slim down without having to count calories, “so psychologically it seems a little easier,” Mattson said.

How to adopt intermittent fasting in your life:

There are three most-widely studied types of intermittent fasting:

*daily time-restricted feeding, where you fast for a certain amount of hours a day, often 16, but are free to eat whatever you want the rest of the time. This is the easiest for most people to adopt, Mattson said. It’s the regimen he follows: He skips breakfast, exercises mid-day, then eats all his food between 1 p.m. and 7 p.m.

*the 5:2 plan, which means incorporating two non-consecutive fast days into your week, then eating normally during the other days.

*alternate day fasting, which means eating nothing or very little one day, then eating whatever you want the next, and then repeating that process.

“A lot of people who try to switch to intermittent fasting don’t realize it takes a while to adapt,” Mattson noted. They may experience hunger and irritability at first, but those side effects usually disappear within a month.

Ease into it, the review advised. For daily time-restricted feeding, start with an eating window of 12 hours, then gradually reduce it to ten, eight or even six hours over several months.

For the 5:2 plan, start by eating about 1,000 calories one day a week for the first month, then try it for two days a week for the second month. Limit those two fasting days to 750 calories each for the third month and, ultimately, 500 calories for the fourth month.

Always check with your doctor and a nutritionist before starting an intermittent fasting regimen.

Companies are now working on a wrist device that would let people monitor their ketones and know in real-time whether the metabolic switch has occurred, Mattson said. Once people try intermittent fasting, many see a host of benefits and never go back to three meals a day — just like him.

“A lot of people I know have tried it and like it and have stuck with it,” he noted.