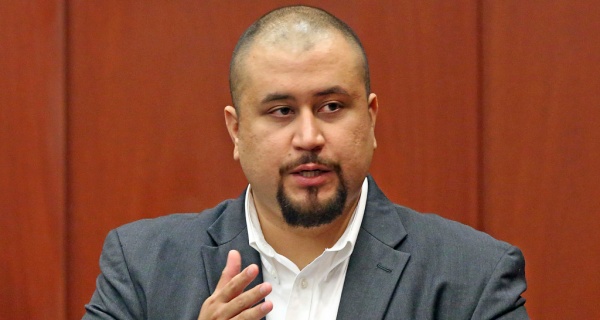 George Zimmerman, the man acquitted of killing unarmed black teen Trayvon Martin in 2012, is now suing the boy’s family, their attorneys and the prosecutors for damages in excess of $100 million.

Zimmerman, a former neighborhood watch volunteer, has said he was defending himself while being attacked when he shot and killed Martin, 17, in a gated community in the central Florida city of Sanford in February 2012.

Martin, who lived in Miami Gardens, was visiting his father at the time.

Zimmerman’s trial and acquittal sparked protests and a national debate about race relations. The Justice Department later decided not to bring a civil rights case against Zimmerman.

The lawsuit alleges “malicious prosecution” by prosecutors, defamation by both Martin’s defense attorney and a book publishing company, and “civil conspiracy” by Martin’s family and lawyer “to put on a false witness with a made-to-order false storyline to try to fraudulently create probable cause to” get a conviction.

"I have every confidence that this unfounded and reckless lawsuit will be revealed for what it is — another failed attempt to defend the indefensible and a shameless attempt to profit off the lives and grief of others,” Crump said.

Zimmerman’s attorney, Boca Raton-based Larry Klayman, a former federal prosecutor, said the lawsuit was filed Wednesday in Polk County. He alleges that the prosecution’s key witness in his 2013 murder trial, Rachel Jeantel, was an “imposter and fake witness.”

Klayman said the suit’s allegations are the result of what’s been published in a book and film by film director Joel Gilbert, called “The Trayvon Hoax: Unmasking the Witness Fraud that Divided America.”

The complaint alleges that in March 2012, the Sanford Police Department closed the case as self-defense. But a week later, Crump produced an audio recording of “Diamond Eugene,” who was Martin’s 16-year-old girlfriend who had been on the phone with Martin just before the altercation with Zimmerman, the complaint said.

The complaint alleges two weeks later, 18-year-old Rachel Jeantel told prosecutors she was Diamond Eugene “and provided false statements to incriminate Zimmerman based on coaching from others.”

The lawyers argue that based on Martin’s cellphone records, Rachel Jeantel was not Martin’s girlfriend, was not on the phone with him before the altercation, and that “she lied repeatedly to cause Zimmerman’s arrest and to try to send him to prison for life."

During the trial, Rachel Jeantel told the court she signed her name as Diamond Eugene in a letter to Martin’s mother about the shooting.

According to the lawsuit, "Defendant Jeantel lied repeatedly about having a relationship with Trayvon, about being on the phone with Trayvon in the days and minutes up to his death, and lied about everything she claimed to have heard over the phone in the hours and minutes prior to Trayvon’s death. Defendant Jeantel also lied about her identity, falsely claiming her nickname to be 'Diamond Eugene.’ "

Klayman said Wednesday that the allegations didn’t come out at trial, and it was “the fraud that was perpetrated on the court.”

“It was a complete travesty of justice which destroyed my client’s life,” Klayman said. "People are destroyed and smeared and they have to start fighting back.”

The lawsuit said Zimmerman dropped out of school after the charges, has received death threats and has suffered “great mental anguish, resulting in Zimmerman requiring professional treatment by psychologists for anxiety, depression, insomnia, and weight gain."

Zimmerman is also suing civil rights attorney Crump and HarperCollins Publishers, accusing them of defaming him in Crump’s book published in October called “Open Season: Legalized Genocide of Colored People,” “with actual malice knowing the untruth or at a minimum a reckless disregard for the truth,” according to the lawsuit.

Crump on Wednesday responded in an email sent by his office, saying it was on behalf of himself, Fulton, and Tracy Martin, Trayvon Martin’s father: “This plaintiff continues to display a callous disregard for everyone but himself, revictimizing individuals whose lives were shattered by his own misguided actions.

"He would have us believe that he is the innocent victim of a deep conspiracy, despite the complete lack of any credible evidence to support his outlandish claims,” Crump wrote. "This tale defies all logic, and it’s time to close the door on these baseless imaginings.”

A spokeswoman for New York-based HarperCollins said she could not immediately comment Wednesday. Sybrina Fulton, Martin’s mother, couldn’t be reached for comment Wednesday, through her foundation, The Trayvon Martin Foundation.

Fulton is currently running as a 2020 Democrat candidate for the Miami-Dade County Commission, District 1 seat.