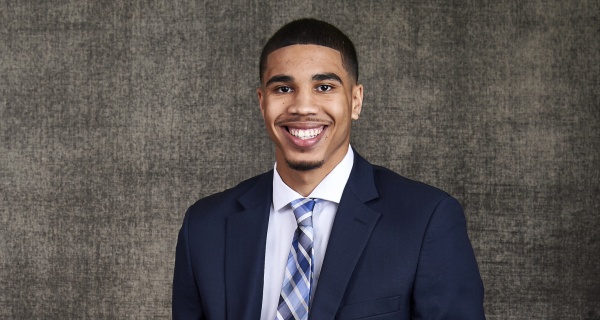 Boston Celtics swingman Jayson Tatum is not playing around with his money.

The 21-year-old is putting all $7.83 million of his 2019-20 salary into his savings account, instead making a living off a number of endorsement deals.

“All the money I get from the Celtics, I put it in a savings account,” he told Maverick Carter on an episode of “Kneading Dough.” To this day, he hasn’t touched a dime of his NBA money and lives off endorsement deals, which have included Gatorade, Imo’s Pizza and Honey Dew Donuts.

“When I picked my agent, I told him I want to do as much off-the-court stuff as I can,” Tatum told the Boston Globe. “Right now I’m young, so I try to do everything as much as possible. … Tomorrow is not promised. You’re not promised the next contract. You want to save all the money you can.”

Tatum has been vocal about the adjustment of entering the NBA as a teenager. He has said that fellow St. Louis native and friend Bradley Beal told him not to be careless with his money, with Beal also suggesting to Tatum that bigger paydays are ahead.

There is no question that Tatum has all the makings of a star. He is averaging 20.5 points, 7.0 rebounds and 2.5 assists through his first 15 games while also shooting over 37 percent from beyond the arc. He has also been one of the most improved individual defenders on the roster.

Despite the high profile, however, Tatum is not letting the money or fame get to his head. Instead, he is investing for the future.