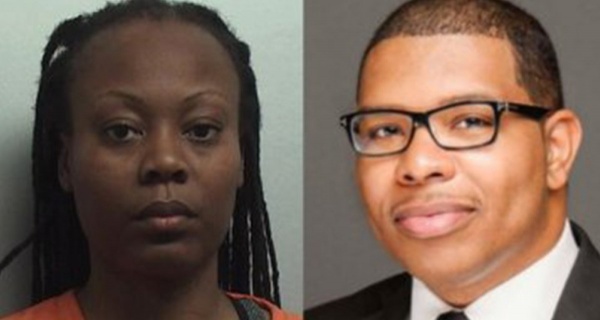 A woman opened fire on a pastor and his wife at their home outside of Memphis, killing Brodes Perry and injuring Tabatha Perry, the Commercial Appeal reports.

The woman yelled, “You broke my heart” as she shot at the couple, police say, according to the newspaper.

Daniels, 39, went to the Perry home that night and Tabatha Perry, 42, let her in “because she was an acquaintance that the couple knew while they were living in Little Rock, Arkansas,” according to the TV station.

When the pastor got home, the three spoke for about 10 minutes, but as the couple was walking Daniels to the door, she pulled out a gun and started shooting, police said, according to WHBQ.

When Tabitha Perry knelt beside her injured husband, police said, “Daniels told her to get out of the way, then shot her in the left shoulder,” according to WREG.

“Perry’s wife told police she didn’t know of any affair taking place between the two but Daniels actions made that seem to be a possibility,” the TV station said.

Perry was the executive pastor at the Mississippi Boulevard Christian Church, according to the Daily Memphian. He previously worked as a pastor at St. Mark Baptist in Little Rock, Arkansas, where Daniels is from, the newspaper reports.

She pleaded not guilty to the charges this week, WREG reports.

According to the Daily Memphian, Daniels is certified as an anger management specialist and “is a clinical social worker who received her doctorate degree in social work last year from Walden University, an online school, according to social media.”