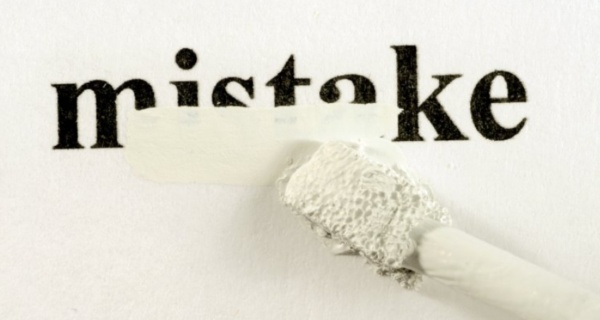 *A 2012 study from the Society for Human Resources and Management showed that 45% of employers planned to increase training for grammar and other language skills.

*We've compiled a list of the top mistakes people make when writing, whether drafting an office memo or just chatting with coworkers around the water cooler.

*Common grammar mistakes stem from confusion over usage: fewer vs. less, it's vs. its, and then vs. than.

You might consider grammar an annoying technicality, a minuscule detail of speech and writing not worth much effort.

But a 2012 study from the Society for Human Resources and Management showed that 45% of employers planned to increase training for grammar and other language skills (meaning they were unhappy with the levels.)

In other words: What you say matters as much as how you say it, especially in a professional environment.

We've compiled a list of 12 common grammatical mistakes people make, whether drafting an office memo or just chatting with coworkers around the water cooler.

Use "fewer" when discussing countable objects. For example, "He ate five fewer chocolates than the other guy," or "fewer than 20 employees attended the meeting."

Use "less" for intangible concepts, like time. For example, "I spent less than one hour finishing this report."

Normally, an apostrophe symbolizes possession. As in, "I took the dog's bone." But because apostrophes also usually replace omitted letters — like "don't" — the "it's" vs. "its" decision gets complicated.

Use "its" as the possessive pronoun: "I took its bone." For the shortened version of "it is" use the version with the apostrophe. As in, "it's raining."

These are ambiguous, adjectival clauses at the beginning or end of sentences that often don't modify the right word or phrase.

Make sure to place the modifying clause right next to the word or phrase it intends to describe. The correct version reads, "Our office manager threw the fruit, rotting in the refrigerator, in the garbage."

"The New Republic" published a review of Mark Leibovich's "This Town." Regardless of his opinions, the author deserves praise. The title reads, "Careful Whom You Call A Hypocrite, Washington." Yes, Alec MacGillis. Just yes.

When considering whether to use "who" or "whom," you have to rearrange the sentence in your own head. In the aforementioned case, "whom you call a hypocrite" changes to "you call whom a hypocrite." "Whom" suits the sentence instead of "who" because the word functions as the object of the sentence, not the subject.

It's not always easy to tell subjects from objects but to use an over-simplified yet good, general rule: subjects start sentences (or clauses), and objects end them.

For reference, "who is a hypocrite?" would be a perfectly grammatically correct question to ask.

Deciding when to use me, myself, or I also falls under the subject/object discussion. "Me" always functions as the object (except in that case); "I" is always the subject. And you only use "myself" when you've referred to yourself earlier in the sentence. It's called a reflexive pronoun — it corresponds to a pronoun previously in the sentence. For example, "I made myself breakfast" not "my friend and myself made lunch."

To decide usage in "someone else and me/I" situations, take the other person out of the sentence. "My coworker and I went to lunch." Is "I went to lunch" correct? You're good, then.

Dear everyone, stop saying: "I'm going to go lay down."

The word "lay" must have an object. Someone lays something somewhere. You lie. Unless you lay, which means lie but in the past tense.

The English language has quite a few surprises. We can't list all the irregular verbs, but be aware that they do exist. For example, no past tense exists for the word "broadcast." "Broadcasted" isn't a word. You'd say, "Yesterday, CNN broadcast a show."

Use "nor" before the second or farther of two alternatives when "neither" introduces the first. Think of it as "or" for negative sentences, and it's not optional. For example, "Neither my boss nor I understand the new program."

You can also use nor with a negative first clause or sentence including "not." For example, "My boss didn't understand the program, nor did I."

There's a simple distinction between these two words. Use "then" when discussing time. As in, "We had a meeting, and then we went to lunch." Include "than" in comparisons. "This meeting was more productive than the last one."

First of all, don't do it — usually. Second, for those who don't know, prepositions are any words that a squirrel can "run" with a tree (i.e. The squirrel ran around, by, through, up, down, around, etc. the tree).

This rule seems a bit counterintuitive, but most plural subjects take verbs without an "s." For example, "she types," but "they type." The pronoun agreement comes into play when you add a possessive element to these sentences. "She types on her computer," and "they type on their computers."

Merriam-Webster announced in September that its definition of "they" would include its usage as a singular pronoun for gender-nonbinary people.

"They" should be used when an individual identifies "they/them/their" as their pronouns.