Warning: Chemicals Found In U.S Water Could Cause 100,000 Cases Of Cancer In U.S. 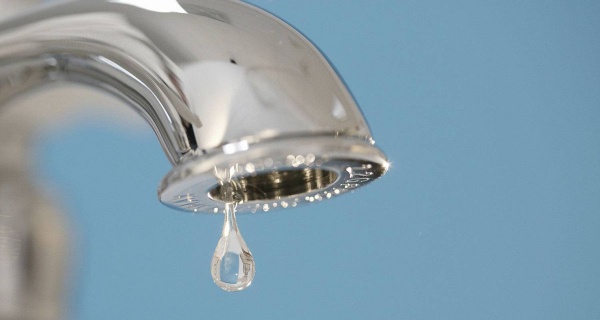 Chemicals in the nation's drinking water could result in 100,000 cases of cancer in the U.S. over a lifetime, according to a study released Thursday by the Environmental Working Group. The findings may bolster the argument for investing in protections for U.S. source water, as well as for consumers to use water filters at home, the nonprofit environmental advocacy group said.

The vast majority, or 87%, of the more than 100,000 estimated cancer cases linked to drinking tap water are due to byproducts of chemicals used to disinfect water and naturally occurring arsenic, according to the findings, published in the peer-reviewed journal Heylion. The remaining cancer cases were attributed to radioactive chemicals in drinking water.

Water filters recommended by the Environmental Working Group range from relatively inexpensive filters like Brita pour-through filters that can cost as a little as $16 to more expensive gadgets that can screen out specific contaminants like arsenic, but which can set you back by as much as $5,000.

Americans spend billions fighting cancer, whether on researching a cure or on treating a disease that kills more than 600,000 annually. The cost of treating cancer in the U.S. came to $80.2 billion in 2015, according to the American Cancer Society, which cited estimates from the Agency for Healthcare Research and Quality.

At least 42% of newly diagnosed cancers in the U.S. — about 740,000 cases in 2019 — are potentially avoidable, according to a recent study by the American Cancer Society.

Billed as the first study to examine the cumulative cancer risks stemming from 22 carcinogenic contaminants found in the nation's drinking water, the analysis is based on water-quality profiles for more than 48,000 community water systems across the U.S.

"Drinking water contains complex mixtures of contaminants, yet government agencies currently assess the health hazards of tap water pollutants one by one," Sydney Evans, lead author of the paper and a science analyst at EWG, said in a statement. "In the real world, people are exposed to combinations of chemicals, so it is important that we start to assess health impacts by looking at the combined effects of multiple pollutants."

Most of the systems examined by the researchers were not violating any health laws, the researchers said. By comparison, water crises in cities such as Newark, New Jersey, and Flint, Michigan, have been caused by a complicated mix of mismanagement, old lead pipes and a lack of investment.

"It is important to highlight that the vast majority of the community water systems analyzed in this study were in compliance with U.S. national drinking water standards," the study's authors noted.

The researchers advise that individuals take a look at water reports from their own locality and pick an appropriate filter, something that can be done with help from a database and guide at the EWG.

On a broader scale, the findings highlight that "investing in measures for source water protections" would serve to protect public health and reduce health issues due to environmental pollution, Evans and the study's other authors wrote.

"We don't want to discourage people from drinking the water they need, and we don't want people switching to bottled water either, as in most cases it's not the answer," Evans told CBS MoneyWatch. "It's incredibly expensive compared to tap water and there's no guarantee that it's any less contaminated."

EWG advocates for buffers and cover crops to keep industrial runoff and farm fertilizer and manure from getting into water systems, as opposed to addressing the added waste at water treatment plants.

"Preventing it from getting in there is a lot better and a lot cheaper" than treating it after the fact, Evans said.