A Look At The Biggest Source Of Debt For Millennials 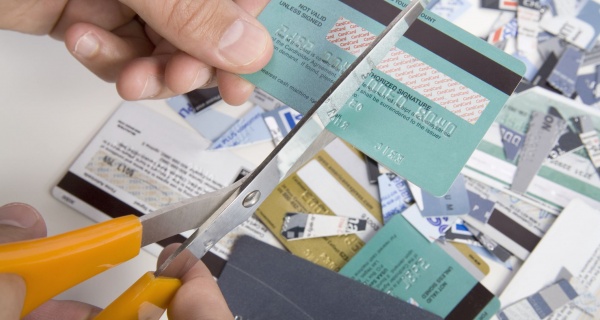 It may seem like student loans and millennials are inextricably linked. But a new survey shows that education bills are not the leading source of debt among this generation.

Millennials (defined here as ages 23 to 38) have racked up an average of $27,900 in personal debt, excluding mortgages, according to Northwestern Mutual’s 2019 Planning & Progress Study. The findings are based on a survey conducted by The Harris Poll of over 2,000 U.S. adults.

“One issue that a lot of millennials have is that they have not wanted to sacrifice their lifestyle, even though they have student loans or lower incomes,” Bonneau says. “That has left us in this spot where they’ve accumulated a significant amount of credit card debt.”

That’s especially concerning because it’s important to save for future financial goals, such as buying a home or building a retirement fund, when you’re young and have time to let compound interest grow your money.

But because millennials are balancing both student loans and credit card debt, “the likelihood that millennials are prioritizing retirement in any meaningful way as an overall generation seems unlikely,” Bonneau says.

Yet for many millennials, the slide into debt goes beyond just lifestyle creep. Wages are not keeping up as day-to-day costs continue to soar, according to Alissa Quart, executive director of the Economic Hardship Reporting Project and author of “Squeezed: Why Our Families Can’t Afford America.”

The average paycheck only has the same purchasing power it did 40 years ago, a Pew Research report found. Almost two-thirds of millennials say they’re living paycheck to paycheck and only 38% feel financially stable, according to Schwab’s 2019 Modern Wealth report.

Student loans are also a factor. The number of households with student loan debt doubled from 1998 to 2016, Pew Research Center found. The median amount of loan debt millennials carried was $19,000, significantly higher than Gen Xers’ balance of $12,800 at the same age.

While it may be easy to criticize millennials for simply spending too much, it’s important to remember that there are other issues at play, Terri Kallsen, Schwab’s executive vice president of investor services, tells CNBC Make It. “Spending is not the enemy that we might think that it is,” she says.