Unchecked: Labels Pay Big Bucks To Get Songs On The Radio 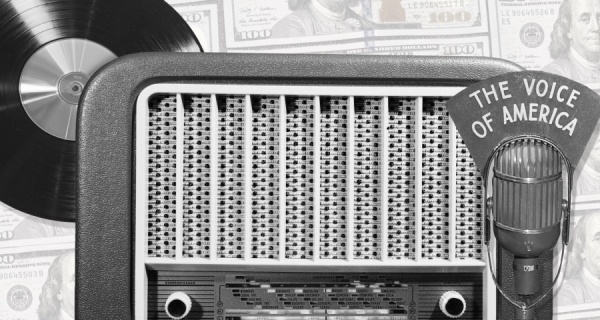 Last year, “Luke,” a music-industry veteran who oversees label radio campaigns, received a dispiriting message: A onetime “starter station” — a radio outlet willing to give a song a chance before it’s a proven hit — was now working with an independent promoter. The new relationship meant that the independent promoter controlled access to the radio station, and Luke had to pay to get one of his artists added to the station’s playlist.

As detailed last month in Rolling Stone, pay-for-play continues to be a common practice in the radio business, with money or goods passing from the record labels to the radio stations to influence airplay. The pay-for-play transactions are primarily funneled through intermediaries known as independent promoters (or “indies”). The indies form relationships with stations to administer the pay-for-play programs and enable the labels to engage in pay-for-play without direct transfer of funds or goods to the stations, thus blurring or concealing the actual nature of the transaction.

In the aftermath of Rolling Stone‘s previous investigation, several radio-industry veterans reached out to report that over the past year, the number of indie promoters demanding pay-for-play is growing. “Enough time has passed [since the last payola lawsuits, in the mid-2000s], nobody’s gotten in trouble for a while, and nobody is scrutinizing this as tightly as they used to be,” says “Matthew,” a longtime alternative radio promoter. “Things are getting a little more lax.”

“Indies, in my perspective, have too much clout,” adds “Mark,” another program director with more than two decades of experience in radio.

Independent promoters have been around for decades. The New York attorney general’s investigation of payola in the mid-2000s found that indie promoters often “help perpetuate the fiction that this [promotional] support is not actually being delivered by the labels in exchange for airplay.”

There are different kinds of indie promoters, but some establish exclusive relationships with specific stations. “If you want to get anything done at that station, the program director will say, ‘You have to go talk to [the indie],’ ” Luke says. “Then you end up getting an invoice — I’ve seen some total bullshit invoices — like, ‘This is $800 in water bottles, this is $1,500 in T-shirts.’ ” Luke believes these goods “are never actually made” — the invoices just serve to conceal the pay-for-play.

Stations that operate this way are sometimes called ” ‘put’ stations,” Matthew says. As in, “You can just put them on a record whenever you want.”

Two promoters are known for operating put stations in the pop space. “I don’t even know if they listen to [the] music [they promote],” Matthew says of the pair. “It’s just a transaction.” One of the two promoters, according to Matthew, “has an arrangement with some stations where they just have a category for him in their overnight slot, and he can put whatever he wants in there.”

Mark describes a slightly different transaction between the stations, the indie promoters, and the record labels. “[The indie] goes to the record company and says, ‘Hey, this station is moving an artist from a light rotation to a [heavier rotation], but unless you pay me, it won’t happen,’ ” the program director says. “They try to disguise [the transaction] as research” expenses, he adds.

While Rolling Stone‘s previous article focused on pay-for-play in the Top 40 and “urban” formats, insiders say that this type of promotional activity is common across radio. Luke estimates that “probably a quarter” of the stations that report to the alternative chart “have a dedicated indie,” rattling off five names that allegedly control stations in that space.

The Triple-A format also has a promoter who allegedly controls “quite a few stations that will give you an add just for promotional support that comes in the way of an invoice for some random item that I’ve never seen,” according to Luke.

As the restrictions loosen in radio, the winners are the independent promoters with exclusive relationships — and the stations under their control. “That is a six-figures-a-year deal [between them],” Mark says.

The benefit to artists is much harder to determine. Mark says most paid spins come overnight, when hardly anyone is awake. Luke agrees. “There’s some stations if you pay the toll, you’re getting spins at two in the morning,” he notes. “It’s not even moving the needle.”

But according to radio veterans, a rising spin count can be a sign of commercial vitality when pushing a song to other radio stations, even if airplay comes late at night. “When you have that budget to play with at the majors, it doesn’t matter if people actually hear [your song on the radio], as long as you can say you got the ‘most added’ [record that week] or whatever you need for a marketing push,” Luke says. So spins that are paid for at night might — eventually — translate into plays during daylight hours when people actually listen.

Some of the major radio chains, like iHeartMedia, claim they rarely interact with indie promoters, theoretically consigning this seamy promotional behavior to the margins of the heavily consolidated radio industry. (iHeartMedia previously told Rolling Stone that “we don’t typically work with indie promoters because we have so many other opportunities to work directly with labels and independent artists.”) But insiders suggest those statements don’t align with the reality on the ground.

Although there’s no indication that any iHeartMedia station is currently involved in pay-for-play, “I’m starting to see the pendulum swing that way where some of these guys who aren’t supposed to have indies are working with them again under the radar,” Matthew says. “You’ll hear [one program director] only talks to this [indie promoter] now. And you say, ‘But that’s an iHeart guy.’ Well, it’s happening now — there are definitely indies claiming stations from big radio companies.” iHeartMedia declined to comment and directed Rolling Stone to its previous statement.

Programmers like Matthew are frustrated by the pay-for-play system, but they often remain sympathetic toward the stations that make these exclusive deals. After all, they tend to be small-market outlets struggling against a massive wave of consolidation in radio — a few Davids fighting to stay alive among large media Goliaths.

“If you’re a small company and you have a dozen stations, all of a sudden you’re adding a million [dollars] to your bottom line” if you make one of these deals with an independent promoter, Matthew says. “You’re like, ‘Hell, yes, we’re doing this.’ You just tell your program directors, ‘This is the deal, I don’t care what the records are, you add five a week.’

“I don’t think that helps anybody,” Matthew adds. “But having said that, we all want to be one of those five records.”