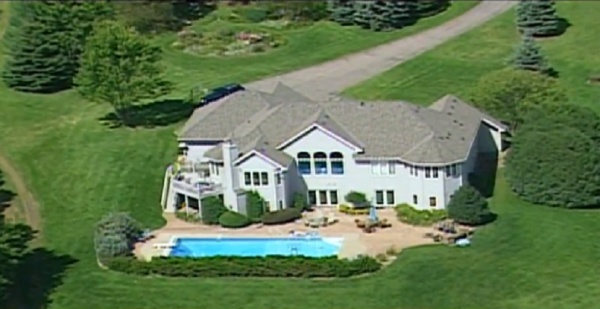 A husband and wife team of pastors from Eden Prairie, Minnesota, are now facing tough questions after selling their longtime church to developers then splurging on a million-dollar luxury lakefront mansion while telling their members that God now wants them to worship in “micro churches” held in their homes.

Bill and Sharon Predovich, senior pastors of the Resurrection Life Church and World Ministry Center they founded 30 years ago, were not immediately available to discuss their new vision with The Christian Post on Monday, but insisted in an ABC 5 report that the real estate transactions were appropriate.

“Nothing is secretive about what we’re doing,” Bill Predovich told ABC 5.

Real estate records cited by ABC 5 show that the pastors, who are both in their 70s, bought their luxury home located on Reitz Lake in Waconia with cash on Sept. 28, 2018. That same day, the Resurrection Life Church and World Ministry Center received $1 million from a developer who was buying the church’s land.

The five-bedroom, three-bathroom mansion, which covers 4,200 square feet, sits on a more than 10-acre lot, according to realtor.com. The private yard of the mansion also contains an in-ground pool, a sand volleyball court, as well as an insulated three-car garage.

“The appearance of impropriety is very bad,” attorney Jennifer Urban, who teaches the Nonprofit Law Clinic at the University of St. Thomas, argued to ABC 5.

Since the transactions, the pastors have deeded the home to their church and it is now listed as a “church resident” in public records.

Speaking to their former congregation in a message posted on the church’s website in July, Sharon Predovich assured them that they weren’t “quitting.”

“We’re not quitting, we’re repositioning. We’ll no longer be your pastors, we’ll be your apostles over smaller works,” she said after explaining how they ended up without a church building and a mansion.

“What happened is we began to sell the property over there and all of a sudden they wanted to buy this property and before you know it they’re buying it all. Which leaves us without a building. Well then you know when you don’t have a building what do you do? You look for another building. And so we began to look for more buildings more locations and nothing was available,” she said.

“When nothing is available … you go back to the Lord and say ‘hey God what are you saying?’ And so then we began to believe that maybe God had a new vision a new way, some other ideas and so Bill and I prayed. We probably prayed now for two years over all of this and decided in the end that we’re not closing a church, we’re just repositioning the church.”

She further told the congregation that she learned on the internet that micro churches are now a big movement.

Micro churches, according to Outreach Magazine, typically exist as spiritual communities of five to 35 people. They usually meet in a home, a restaurant or another neutral place. And Dove International explains that they come with benefits.

Sharon Predovich explained that July 28 was their last day in their old building and she understood that not everyone would like their new mission but worshiping in other people’s homes was the only way they could “solve our issue right now of losing our building.”

Longtime member Jeff Proctor told ABC 5 that he and his wife declined a request to host a micro church at their home and raised concern about how the church’s finances would be managed.

“We were all really disappointed … They kept us all in the dark about the sale of the church,” Proctor said. “As long as the money is being used to spread the gospel – if they’re spending it on personal things, I have a problem,” he said.

On the church’s website, a speaker named the Rev. Chris Harken told the congregation speaking of the purchase of the mansion in a sermon in July, “This is God’s plan! It’s not Pastor Sharon, Pastor Bill’s plan. It’s God’s plan. And that’s what we have to remember.”

Saying that “God is changing the face of the church” with micro churches, Harken, who has been with the church for 28 years, said, “We have to embrace the change; you can’t stop it. It’s God and so we might as well yield and embrace what God has in store,” adding, “when you fight or when you murmur or when you don’t yield to it, you’re really coming against God.”