American Crisis: Despite Thousands Of Lives Lost To Drug Addiction, The Treatment Methods Remain The Same 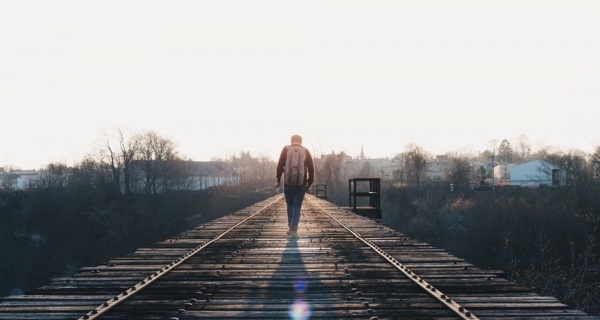 About 70,000 Americans are dying annually from drug overdoses, the vast majority of them from opioids. But they are actually just a fraction of the estimated 2 million Americans who misuse prescription opioids or heroin every year. For many of those Americans, they are living with a dependence disorder, a struggle that often includes seeking rehabilitation.

Yet, the treatment they find is too often poorly supported by scientific evidence, exorbitantly expensive, or — worst-case scenario — both. That's why Vox's German Lopez is launching a new reporting project to collect bills from rehab facilities.

German has already found heartbreaking stories, like that of Kim Blake, who spent $110,000 on rehabilitation programs and still lost a son to an overdose. She certainly isn't alone:

American rehab is dominated by a 12-step approach, modeled after Alcoholics Anonymous, that only works for some patients and doesn’t have strong evidence of effectiveness outside of alcohol addiction treatment.

That’s often coupled with approaches that have even less evidence behind them. There’s wilderness therapy, focused largely on outdoor activities. There’s equine therapy, in which people are supposed to connect with horses. There’s a confrontational approach, which is built around punishments and “tough love.” The research for all these is weak at best, and with the confrontational approach, the evidence suggests it can even make things worse.

“It is a scam,” Carol Beyer, founder of Families for Sensible Drug Policy and a mom in New Jersey, told me. She estimates she spent well over $100,000 on treatment — including 12-step and “tough love” programs — and still lost her two sons to drug overdoses.

The public and official accounting of the opioid crisis continued over the summer with Johnson & Johnson being ordered last month to pay $570 million for its culpability in Oklahoma's opioid addiction epidemic. Purdue Pharma, the creator of Oxycontin, was hit earlier this year with a $270 million fine for restitution to Oklahoma. It's not just pharma either: Retailers are also the targets of some of the 2,000 ongoing lawsuits over the crisis.

But, when the opioid crisis is paired with the public anger over drug prices, pharma has taken a serious reputational hit in recent years. The drug industry ranked at the bottom of a new Gallup poll on public sentiment toward various industries. Just 27 percent of Americans had a positive view. It's a new low by the polling firm's measure.

Two-thirds of Americans feel drug companies deserved either a great deal or quite a bit of blame for the opioid crisis, according to an AP-NORC poll taken earlier this year.

States are taking action, yet Washington's response remains timid, with lawmakers appropriating a paltry amount of money for treatment and prevention compared to the tens of billions of dollars experts say is necessary to stem the epidemic. Meanwhile, Donald Trump and congressional Republicans continue to propose dramatic cuts to Medicaid, the single-largest payer of substance abuse treatment in the country.

Even though we're losing 70,000 people a year, we don't seem to be fully grappling with the scale of this unprecedented public health crisis. To make matters worse, people are paying a ton of money for treatment that too often doesn't work.