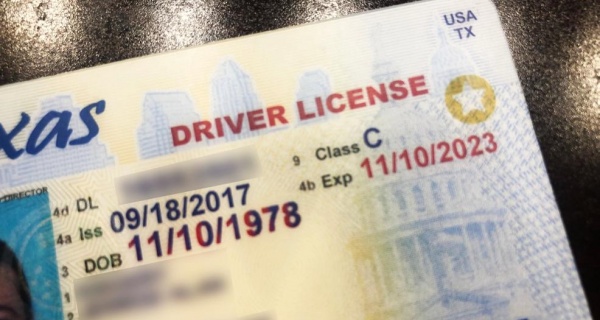 The Transportation Security Administration (TSA) is rolling out a new public awareness campaign for Real ID as the deadline to obtain compliant identification draws nearer. Travelers will not be able to board a flight without a Real ID or alternative identification starting October 1, 2020.

"We want the public to make sure they're aware. It's just another layer of security," Tomas Cuellar, TSA transportation safety manager, told CBS News.

Congress passed the Real ID Act into law in 2005 following a recommendation from the 9/11 Commission on setting national security standards for state drivers' licenses and ID cards. Enforcement of those requirements, however, has repeatedly been delayed. Real IDs require state applicants to submit paperwork to prove who they are and their established residence in the U.S. TSA Administrator David Pekoske said the move to Real ID will "dramatically improve commercial aviation security."

The TSA, however, is starting the new awareness campaign early to avoid a bigger rush at local DMVs next year.

"If you don't get it done as early as possible, everybody's going to be rushing at the last minute and we don't want somebody to get in a situation where they come to the airport ready to fly on vacation and then suddenly they can't get through," Cuellar said.

Who opposes Real ID?
Without a Real ID, travelers won't be able to board a flight, unless they have an alternative enhanced identification such as a passport. Those with Real IDs are also able to access federal facilities and nuclear power plants.

States have cited concerns with Real IDs requirements in the law that include storing images of documents that driver's license applicants present as proof of their identity, like their birth certificates. State officials say that information could be breached and could be used to track law-abiding U.S. citizens.

They also oppose the U.S. government unilaterally setting standards in an area traditionally handled by the states.

Real ID-compliant cards are generally marked with a star symbol located in the upper portion of the card. Some areas will have state-specific stars for their Real IDs so the appearance may differ from state to state.

Most states have already begun issuing ID cards under Real ID requirements. Four states — Oregon, Oklahoma, New Jersey and Maine — have extensions and are expected to be in compliance later this year.

What you need to get a Real ID
Each state differs in what exactly you need to bring along to get a certified Real ID. Typically, a DMV will require your Social Security card, a birth certificate, another form of government-issued ID and proof of residency. A complete list of acceptable forms of identification that can be used to secure a REAL ID can be found here.