Why Daughters Of Unloving Mothers Have Difficulty Finding A Partner 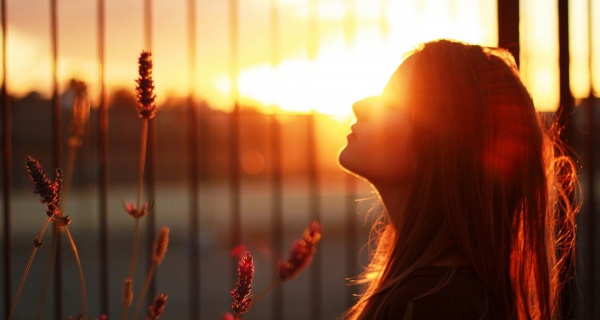 Three marriages, three therapists, and I’ve done it again — another bad guy. I am so done with this. It is so depressing.

I think about dating, and then I stop myself in my tracks. It took me too long to recover from the last heartbreak, which wasn’t much different from the disaster that preceded it.

Alone. I am choosing to be alone at 46. I don’t have the energy to hope and be disappointed again.

One of the things, I hear most often from women who are still on the path to healing is that they’ve given up or are about to give up on finding happiness with a partner. Many report that they see patterns in the men they’re attracted to — that they’re high in narcissistic traits, emotionally unavailable, controlling, or combative — but that, somehow, they’re not drawn to the “nice-guy” type. Here’s a message I got from “Jill” (a pseudonym):

Steve was everything my sane brain thought I wanted — kind, predictable, low-key. But the more time I spent with Steve, the more I missed the excitement of being with Rick. Yes, Rick hurt me with his lies and cheating, but when it was good, it was great. I know it’s not healthy, but Steve is boring. Do I like being hurt?

Jill isn’t the first unloved daughter to ask that question. Are unloved daughters doomed to love the wrong people, or is it a matter of healing from childhood and unlearning old behaviors? As I explain in my latest book, Daughter Detox: Recovering From an Unloving Mother and Reclaiming Your Life, it’s all about seeing how your childhood experiences continue to shape your behaviors in unconscious ways. One important arena is intimate relationships.

We learn about love and relationships in childhood.

As infants and then children, the attachments we form with our primary caretakers — most usually our mother— teach us about love and relationships; every human learns about love secondhand. With a mother who is alert and attuned to our needs and responds to us consistently and reliably through gestures and words, a baby learns that the world is a safe place with people who care about her; these lessons are internalized as unconscious working models of how relationships work and remain remarkably stable through the course of a lifetime, according to research. With an unattuned mother — one who either ignores our cries and vocalizations or makes no effort to soothe us — a baby learns that the world isn’t to be trusted, and that she is on her own. She learns to look away from the source that might comfort her, and shuts down her emotions to self-protect; that child grows up to be an adult with an avoidant style of attachment. With a mother who is sometimes there and sometimes not, a child’s way of coping is equally maladaptive; she develops an attachment style characterized as anxious-preoccupied in adulthood. While this adult daughter wants a close connection, she’s always on high alert, because she’s afraid of being left or rejected; this makes her very emotionally volatile.

As the famous poem by Dorothy Law Nolte put it: “Children learn what they live.”

Some unloved daughters honestly believe that when they’re emancipated from their mothers’ daily influence, they’re just going to be able to put the past behind them. They may rationalize their mothers’ treatment of them, because they still hope they will somehow get their mothers’ love, or they may simply want to keep the peace and look “normal.” Others recognize that they need help and go into therapy and begin the process of understanding how they’ve been affected, but not always. As one reader wrote me:

I’ve been in therapy with two different psychologists: the first to help me deal with my unhappiness as a young and single adult and, ten years later, to address issues in my marriage. My damaging relationship to my mother came up now and again, but neither therapist directly addressed possible connections to my childhood. I’m just coming to this now, at age 41

She’s not alone. Unloved daughters seem to fare better with therapists who are well-grounded in child development, attachment theory, and trauma.

These are broad-stroke generalizations drawn from research and interviews with women, since I’m neither a psychologist nor a therapist. And this isn’t a one-size-fits-all list, so you may not fall into each and every pattern. But my hope is that you’ll catch a glimpse of your behaviors, and that will move you forward a few steps.

1. She’s drawn to the familiar.

Of course, it’ s not just unloved daughters who are unconsciously drawn to what they know; all humans gravitate to situations, relationships, and people that echo their earliest experiences. And so, as research shows, we’re likely to forge connections to and marry people who remind us of our parents; this is an unconscious process at work, and there’s research that backs it up. This is just dandy if you had a loving and supportive parent who made you feel that the world is a safe place, and that people can be trusted and relied on; you are likely to seek out a partner who makes you feel the same way. Alas, thanks to the unconscious process, the unloved daughter will also seek out the familiar — a comfort zone from which she’ll derive no comfort.

Alas, thinking that being swept off her feet is actually what true love looks like is aided and abetted by the culture and the unloved daughter’s confusing getting attention and gifts — and having someone who appears to be ready to turn Cinderella into a princess — for a genuine effort by another person to get to know you and see you for who you are. The sad truth, echoed in what “Jill” said above, is that the guy who takes it slow might seem boring or unsexy; this is connected to the next observation.

3. She mistakes drama for passion.

This important point is made by Dr. Craig Malkin in his book, Rethinking Narcissism: It’s counterintuitive, but as he writes, “Romantic uncertainty often turns us on.” In the case of the unloved daughter, what she’s learned about love in childhood — that it must earned, fought for, sought, and is never given freely — makes it easier to mistake the arousal of intense feelings such as anger, pain, or fear for passion. Alas, it’s a psychological arousal and unhealthy. Being on a roller coaster may seem exciting, but it’s not the equivalent of love or devotion.

4. Her childhood experiences blind her to how she’s being treated.

Yes, it’s counterintuitive, but if she grew up around verbal abuse or a parent whose approval depended on her following the rules and being controlled, she may not even register that he’s putting her down, or that she’s losing sight of her own wants and needs. We all normalize our experiences, and many of us prefer to think of ourselves as less wounded than we really are, which doesn’t help either. The analogy I often use is the boots and shoes piled by the door; it becomes such a familiar sight that you no longer see it. Unloved daughters are vulnerable to those who manipulate and abuse as a result.

5. She’s quick to blame herself.

The default setting she learned in childhood — either gleaned from what was directly said to her or her own way of dealing with situations — is to self-criticize; this is the habit of ascribing bad outcomes or failures to your own fixed character flaws. This habit means that she’s much more likely to blame herself than to see her partner’s share of the responsibility. Let’s say you’ve gotten into a fight with him, and he stonewalls you or gets enormously hostile. Are you quick to blame yourself for “picking the wrong time to talk when you knew he was tired,” or to start thinking that “he’s right about your being angry, and that isn’t fair”? Done often enough and for long enough, you will be mixing the cement to keep you stuck when you should be heading for the door.

6. She doesn’t trust her own perceptions.

Mothers who are controlling, combative, or high in narcissistic traits are experts at shifting blame away from themselves and onto their children — daughters who’ve been told that they’re “too sensitive” or have been gaslighted to second-guess themselves both consciously and unconsciously. They don’t trust their thoughts and feelings as a result. The daughters of dismissive mothers have been taught that their thoughts and feelings don’t matter and are unimportant; they too will find it easier for a partner to define what’s real and what isn’t.

These daughters are all highly vulnerable to manipulation and control. Combine that with the inability to see the motive for a narcissist’s love bombing, and you have a surefire recipe for emotional disaster.

7. She doesn’t see the source of her neediness.

Unless and until the daughter recognizes how the patterns of the past animate her responses and reactivity in the present, she will continue to respond in unhealthy ways in almost every relationship she has, including the most intimate ones. She’s still looking for the kind of love she missed at the very beginning, but alas, she’s very unlikely to be able to recognize when it's within reach for all the reasons I’ve outlined, including the next one.

8. She lacks a healthy relationship model.

So much of our emotional knowledge is learned secondhand, and while the unloved daughter may begin to see what an unhealthy relationship looks like, recognizing what a healthy dyadic exchange between two equals looks like may be beyond her imagining. Therapy can and will help, of course.

9. She doesn’t know what love looks or feels like.

This is, in some ways, the biggest problem of all. If you grew up believing that love has to chased down, earned, and always costs you something, you will think that a relationship with those kind of conditions offers you love. Similarly, if you grew up believing that love always makes you vulnerable, and it often hurts, you’re much more likely to be accepting of bad treatment by a partner. Secure attachment can be earned by working with a therapist or through a close relationship with a trustworthy and emotionally secure person. We can all revise our definitions of love with help and support.

As children, unloved daughters believe that they are the only girls and children whose mothers don’t love them, and this sense of isolation is, I believe, almost as damaging as the lack of maternal love itself. Because they were denied validation and support from their mother (and, often, the rest of the family), they still look to another person to help make themselves feel good about themselves. Being alone, in this sense, seems to be proof-positive of what she always was told: that she was unlovable, unworthy, and lacking. Alas, that is also likely to propel her into relationships that seem to reflect these old falsehoods about herself.

Getting off the roller coaster can be accomplished by healing and becoming consciously aware of what you learned in childhood. The best route is therapy, but you can also work at helping yourself.