Are Big Changes Coming To How You Retire? A Close Look At Changes Congress Is Considering 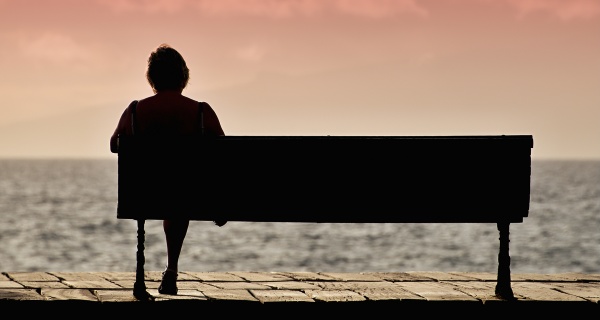 A string of pending proposals on Capitol Hill could change the way current and future retirees live.

But that’s assuming they can first get through both Houses of Congress.

And time is ticking as August recess has already begun. After that, there’s just four months left to the year.

Even if pushing the changes through a Democratic majority in the House of Representatives and the Republican-held Senate proves too difficult, some of the existing proposals could be revisited by lawmakers in the future.

“Often that’s still progress, even though you might not see the fruits of that labor for a couple of years,” said Jamie Hopkins, director of retirement research at Carson Group and professor at Creighton University Heider College of Business.

Here’s a rundown of retirement-related legislation on the table and their chances of passing.

When the Secure Act sailed through the House of Representatives on May 23 by a 417-3 vote, it looked like it would be fast-tracked in the Senate.

Months later, progress on that side of Congress is still elusive.

The Secure Act would include a bevy of changes to existing retirement rules. Its main goal: to expand access to retirement savings.

It includes measures to allow small employers to band together to offer 401(k) plans, give part-time workers access to retirement plans, take away the 70½ age limit for individual retirement account contributions and raise the age for required minimum distributions to 72, from 70½.

It also would expand the inclusion of annuities in 401(k) plans and put a 10-year time limit on how long non-spouse beneficiaries can stretch out an inherited IRA.

The hope now is that it gets included in the budget that Congress has to pass by Oct. 1, according to Hopkins.

“I’m still very much of the opinion that what’s going to occur here,” Hopkins said. “The Senate, generally speaking, wants it passed, and I think they’ll get there.”

The Secure Act, if passed, would be the biggest change to retirement rules since 2006.

It’s generally a positive bill, according to Hopkins. But it doesn’t address some key areas contributing to the retirement crisis, including looming shortfalls to Social Security and rising health costs. Not to mention other issues that crop up as people are living longer lives, he said.

In July, the House Ways and Means Committee held a hearing on a new bill introduced by Rep. John Larson, D-Conn., called the Social Security 2100 Act.

Social Security’s trust funds are set to run out by 2035, at which point only 80% of promised benefits will be payable.

The Social Security 2100 Act looks to fix that by extending the solvency of the program into the next century.

The proposal would give those who are or will be receiving benefits a raise that is the equivalent of 2% of the average benefit. It would also set the new minimum benefit at 25% above the poverty line.

It also calls for increased payroll contributions from workers and employers. That rate would increase to 7.4% from 6.2% and would be gradually phased in from 2020 to 2043.

The bill currently has more than 200 co-sponsors in the House. Supporters plan to hold a markup of the legislation in the fall, and then move it to the House floor for a vote.

“I suspect that it will be voted on this fall in the House and that it will pass that pretty easily,” said Rachel Greszler, research fellow at the Heritage Foundation. “I don’t think it would be picked up in the Senate, certainly during this Congress.”

Without any benefit cuts on the table, it will be difficult to get Republican support, experts say. What’s more, legislators would have to feel some urgency to move on the issue.

“There’s not a lot of incentives for Congress to make these changes right now,” said Richard W. Johnson, director of the program on retirement policy at the Urban Institute.

But time is running out, even though 2035 seems far away, Greszler said.

“The longer that you wait, the bigger the size of either the tax increases or the benefit reductions becomes,” Greszler said.

Many so-called multiemployer pension plans are on the brink of running out of money.

The House passed its answer to that problem, the Rehabilitation for Multiemployer Pensions Act, on July 24 in a 264-169 vote.

The new bill would let pensions borrow money to remain solvent so that they can continue to pay retirees. The legislation would create a Pension Rehabilitation Administration within the Treasury Department and a trust fund from which the loans would be distributed.

Multiemployer pension plan sponsors would also still be eligible to apply for loans through the Pension Benefit Guaranty Corporation, under certain conditions. It is projected that the PBGC will use up its assets for these plans by the end of 2025.

Twenty-nine Republicans voted in favor of the House bill, Greszler said, which speaks to how common it is to have constituents affected by this. About 10 million individuals in the U.S. have these plans.

But the bill would have difficulty getting widespread Republican support, even though there is a related proposal on the Senate side. That is because it could be perceived as a bailout. “It’s a bailout without any reform,” Greszler said.

What’s more, these private plans are underfunded by about $638 billion, while state and local pensions are facing a $4 trillion to $6 trillion shortfall, she said.

If politicians decide help private sector workers, then they will also have to do the same for other workers such as retired firefighters and teachers who are in danger of losing their state and local pensions. “Once you open the door, it’s hard to stop it,” Greszler said.

The reason multi-employer pension plans are under pressure is mostly driven by economic forces such as the contraction of certain industries like steel or transportation, not bad actors who took unnecessary risks, Johnson said.

“It seems like this problem is so serious that the only way to protect current and future retirees and union plans is to devote some government funds to these plans,” Johnson said.

Some other bills in early stages of consideration are:

The Health Savings for Seniors Act, a bipartisan bill, introduced by Reps. Ami Bera, D-Calif., and Jason Smith, R-Mo., in July. This bill would allow individuals who are on Medicare to continue to contribute to health savings accounts. Currently, they are prohibited from doing so.

Another proposal by Rep. Kevin Brady, R-Texas, the Equal Treatment of Public Servants Act, would enable public workers to get larger Social Security benefits. A current rule, the Windfall Elimination Provision, reduces their benefits based on how much pension income they receive.

Both bills were introduced in recent weeks.