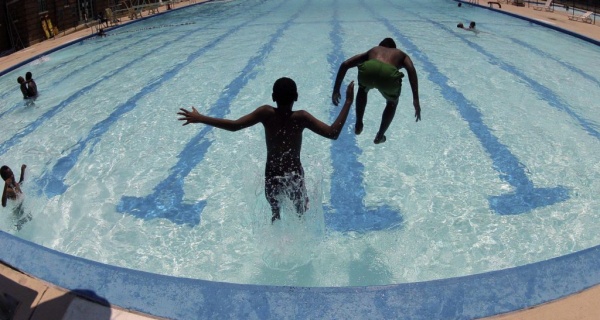 During the summer, it’s natural for kids and adults alike to want to go swimming, but who would have thought that this summer 2019 could be the most dangerous time for swimming.

Local and private pools Outbreaks of diarrhea-causing cryptosporidium are increasing 13% each year, and 7,465 cases of crypto infection were reported from 2009 through 2017. The number of outbreaks reached 444, according to the agency’s report released last week.

But it’s not just crypto that swimmers have to be wary of. The CDC says 493 outbreaks of some kind of bacteria, parasite, or chemical between 2000 and 2014 were associated with recreational facilities, including pools, hot tubs, and playgrounds, and caused 27,219 cases and eight deaths. Most of those deaths were caused by bacteria or other pathogens, and 6% by chemicals.

Of the outbreaks caused by bacteria and viruses, 58% were caused by cryptosporidium, which causes diarrhea that can last for up to 3 weeks. Thirteen percent were from pseudomonas, which causes hot tub rash and swimmer’s ear. Another 16% came from legionella, which causes Legionnaire’s disease and a milder illness with flu-like symptoms known as Pontiac fever.

Crypto is highly resistant to chlorine, which makes it hard to kill once it’s in the water.

“Swallowing just a mouthful of water with crypto in it can make otherwise healthy kids and adults sick for weeks with watery diarrhea, stomach cramps, nausea, and vomiting,” says Michele Hlavsa, chief of the CDC’s Healthy Swimming Program.

Every year, at least 15 to 20 outbreaks of diseases, like stomach bugs and diarrhea, are linked to swimming in public pools, according to the CDC.

When entering a public pool, the scent of chlorine shouldn’t be a green light to jump right in. What you’re smelling isn’t clean water. It is, in fact, the opposite.

“It’s really a problem because the dose to get infected is so small and the amount that can be excreted is so many many times larger,” Dr. Radhika Gharpure, an epidemic intelligence services officer with the CDC, told weather.com.

The total number of outbreaks is likely higher than the actual count reported, the CDC says, adding that outbreaks – two or more infected individuals linked to a single place – of the disease have risen roughly 13 percent per year.

Crypto doesn’t just come from swimming pools and water parks, but it’s where you’re most likely to contract it. In the study,……such sites accounted for more than 35 percent of all outbreaks and more than 56 percent of all the infected people. It’s also the reason crypto outbreaks and individual infections peak in the warmer months of June to September when more people are swimming.

“The point to emphasize is this is a really tough bug to kill,” said Gharpure. “Crypto has this outer shell that allows it to survive in the environment and it’s not susceptible to chlorine or other disinfectants like alcohol. So, because of that, it can survive in these pools, even ones that are properly chlorinated.”

Because of its potency, crypto is the single greatest source of waterborne outbreaks among humans in the U.S., the CDC notes.