Study Reveals That Without Swift Action, Heat Waves Could Kill Thousands In The U.S 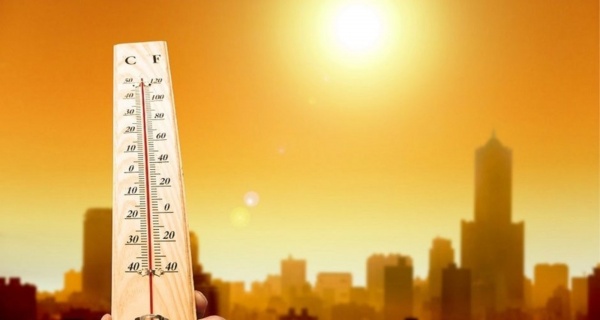 If global warming sometimes seems like a distant or abstract threat, new research casts the phenomenon in stark, life-or-death terms. It predicts that in the absence of significant progress in efforts to curb emissions of temperature-raising greenhouse gases, extreme heat waves could claim thousands of lives in major U.S. cities.

If the global average temperature rises 3 degrees Celsius (5.4 degrees Fahrenheit) above pre-industrial levels — which some scientists say is likely if nations honor only their current commitments for curbing emissions — a major heat wave could kill almost 6,000 people in New York City. Similar events could kill more than 2,500 in Los Angeles and more than 2,300 in Miami.

But the new research also indicates that if the U.S. and other nations take aggressive steps to limit warming, many of those deaths from extreme heat might be avoided.

“There is, actually, still hope, and a very small window of opportunity” to keep global warming below international targets and prevent some heat-related deaths, said Eunice Lo, a climate scientist at the University of Bristol in the United Kingdom and a co-author of a paper describing the research, published June 5 in the journal Science Advances.

For the research, Lo and her collaborators focused on so-called “1-in-30 events,” severe heat waves that strike every few decades and which pose a major threat to children, older adults, outdoor workers and people living in poverty. Heat waves are especially dangerous in urban areas, where paved surfaces and densely packed buildings create super-hot “urban heat islands.”

To see how global warming could affect death rates, the scientists simulated three possible climate scenarios. In one, the world’s nations do only the bare minimum to curb carbon emissions, limiting the rise of the global average temperature to 3 degrees Celsius by 2100. In the other two scenarios, the nations go above and beyond in their efforts, limiting the global average temperature rise to 2 or 1.5 degrees Celsius.

Scientists are projecting scores of additional deaths in U.S. cities due to extreme heat if global temperatures rise above 2 degrees Celsius.

For each scenario, the scientists used climate models to predict heat wave temperatures for 15 major U.S. cities, including Detroit, Philadelphia, Los Angeles, Miami and New York. Then they estimated how many would die at each temperature based on a few decades’ worth of real-world data on heat-related deaths.

At 3 degrees of warming, the scientists estimated that a once-in-a-generation heat wave could claim more than 20,000 lives across the 15 cities. Keeping warming to 2 degrees could save hundreds or thousands of lives in most of the cities, the study showed. At 1.5 degrees of warming, more than half of some cities’ projected deaths could be prevented.

“You might think, what’s the difference 1.5 degrees will make to human lives?” Lo said. “Actually, thousands of lives in one year can be saved in a city. Meeting the 1.5-degree target is essential and would be substantially beneficial to public health in the United States.”

Aaron Bernstein, co-director of the Center for Health and the Global Environment at Harvard’s T.H. Chan School of Public Health, praised the study for its city-by-city breakdown of preventable heat-related deaths. He called it “a much more sophisticated and accurate way to look at the question” than relying on national data alone.

Stark as the numbers are, Bernstein said the study might have underestimated the toll taken by heat waves by failing to consider non-fatal heat-related injuries, which send patients to American emergency rooms about 65,000 times each summer. “They focused on heat and death,” he said of the researchers, “but there are a lot of things that are bad for people that aren’t death.”

Lo said the study has some limitations, notably that the scientists were unable to predict what each city’s population — including its numbers of older and low-income residents — might look like at the turn of the century. Cities, and humans themselves, could also adapt to higher temperatures over time, resulting in fewer deaths than predicted.

Shubhayu Saha, a health scientist with the Centers for Disease Control and Prevention's Climate and Health Program, declined to comment on the new study, but acknowledged the risk posed by rising temperatures. “The projections are that the number of deaths and illness will increase in the years to come as the summers become longer and the heat becomes more intense,” he said.

Many municipal health departments open climate-controlled cooling centers during the summer months for those who don’t have air conditioning at home. And the Environmental Protection Agency recommends that cities issue warnings ahead of heat waves, create more green spaces to mitigate the heat island effect and raise awareness about who is most vulnerable to heat-related illness and death.

Vulnerable or not, “ultimately we’re all going to be affected or are already affected by climate change,” Lo said, calling for action to keep climate change down to a life-saving 1.5 degrees Celsius.

“We’re talking about human lives,” she added. “Not just changes in temperature, but actually our lives.”