'Con Man' Busted After Swindling Woman Out Of $80k 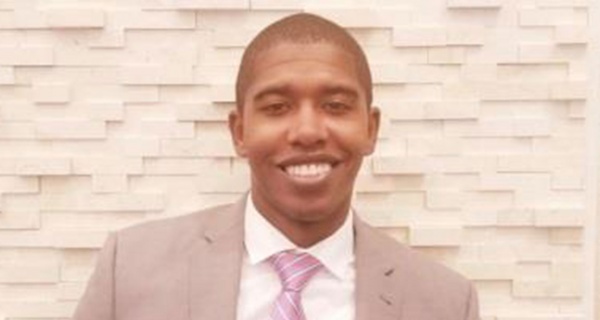 A man accused of stealing $80,000 from an Alpharetta woman he met on a dating website was arrested Tuesday in Tennessee.

John Martin Hill, 34, allegedly told the woman he was a millionaire and convinced her they were in love. Within a week of meeting on Match.com, they agreed to marry, according to Gwinnett County police. The cash was intended to go toward the purchase of their first home.

Once the money changed hands, the woman did not hear from him again, police spokeswoman Cpl. Michele Pihera said.

Police released a photo of Hill on Tuesday morning and asked for the public’s help to locate him. Before the day was out, he was behind bars in Franklin, Tenn., Pihera said.

Hill faces a charge of theft by deception in Gwinnett County. Since announcing the charge, Pihera said police have heard from a few other women who said they were in a relationship with Hill or knew another woman who was.

Police are hoping the Alpharetta woman’s misfortune will be a cautionary tale for others who seek love online.

“When meeting someone online, be very cautious sharing personal information, financial information, or cash with someone in the early stages of a relationship,” Pihera said Wednesday in a news release. “These types of con men are very good at manipulating their victims. They tend to say everything that a woman wants to hear.”

According to investigators, the scheme started March 27. Hill and the Alpharetta woman exchanged messages on the dating site and arranged to meet in person later the same day. The proposal came next.

“During their short romance, he convinced her that they were in love and wanted to buy a house together,” Pihera said. “They went house-hunting and selected a home they were interested in.”

The woman thought her $80,000 contribution would help with a down payment on the home and buy the couple some furniture. She didn’t know Hill was already living in an apartment in Duluth with another woman and a child, according to police.

Investigators learned Hill has changed his name more than five times in the past three years and is accused of committing similar acts in Virginia, Delaware, Maryland and New Jersey. They did not quantify the number of cases connected to Hill.

Gwinnett police confirmed Hill formerly was known by the name “Gregory Hill.” A search of that name leads to a slew of websites, news articles and a Facebook page claiming that Gregory Hill took money from young women after advertising a job on craigslist.com.

Some of the results, including one story about Gregory Hill’s arrest in New Jersey, are from as early as 2011.

According to police in Franklin, officers tracked Hill to a Marriott hotel Tuesday night acting on a tip. When they confronted him, Hill allegedly darted into a hotel conference room and hid under a table. He came out on an officer’s orders and was arrested.

Hill, who also has a listed address in South Carolina, is being held in the Williamson County jail in Franklin in lieu of a $500,000 bond. He is expected to be extradited to Georgia, Franklin police said.

“By sharing this story, it is our hope that he is not able to victimize any other women using this scam,” Pihera said.

Authorities are encouraging other women who think they are a victim of fraud to contact their local police department.