The Secret Sex Life Of Nuns 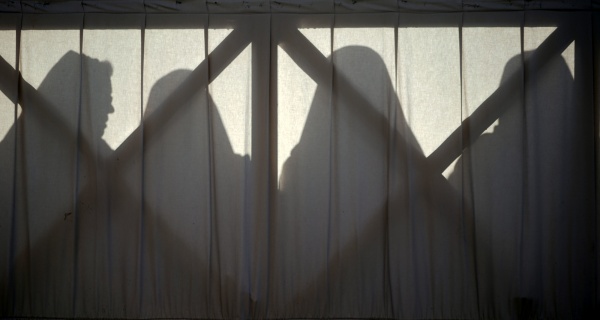 Sisters Federica and Isabel knew that their feelings had gone far beyond a platonic friendship when they were on a mission in Guinea Bissau in 2012. The nuns were from the same religious order near Turin in northern Italy, and they had never been alone outside the semi-cloistered life until they found themselves in missionary work in Africa.

Sister Federica, who prefers not to give her real name, says she can't remember if it was an accidental touch that led to an embrace or eye contact that made her blush, but at some point in the mission, they kissed. By the time they made it back to Italy, they had cast aside their vows of celibacy and were madly planning their departure from religious life. In 2016, they were married by Turin’s mayor in one of Italy’s first same-sex unions.

Sister Federica, who is no longer a nun, says romance among women religious is far more common than many might believe. And it is not just lesbian love; nuns commonly fall in love with their priests or parishioners.

“We are all bound by the vow of celibacy, but we are also guided by human nature,” she told The Daily Beast in a phone interview. “Sex is a natural urge for women, too.”

Pope Francis admitted earlier this year for the first time ever that the clerical sexual abuse of nuns by priests and bishops was a far bigger problem than the church previously had conceded. Some sisters, he said, have even been kept as sex slaves suffering years of unthinkable abuse.

In February, the Vatican magazine Women Church World published an exposé that uncovered hundreds of stories of nuns being forced to have abortions and, in some cases, secretly raising their children in nunneries and pretending they were orphans. The entire editorial staff of the magazine quit a few weeks after the issue came out because of what they described as ambivalence about the problem among the men of the church.

But as Sister Federica and other present and former women religious interviewed by The Daily Beast point out, the question of sex in the sanctuary is not always one of victimization. What is certain is that it is complicated.

Celibacy is seen as one of the most important sacrifices a priest or nun makes for the church. Nuns consider themselves married to Christ. Rather than taking a human spouse, they devote themselves to God. But many nuns face a daily challenge trying to keep their vows and their faith.

The Virgin Mary, with her perpetual chastity despite giving birth, is an impossible role model to follow, made more difficult by the fact that women in the Catholic Church are supposed to be vessels for childbirth. Sex, so long as it’s within the marriage, is strongly recommended, but being open to procreation is the only acceptable purpose.

Homosexuality has long been taboo in Catholic life—at least in theory—though not always in practice. Pope Francis has made modest gains in acceptance of gays—but only to a point—and one that always falls short of full recognition on issues like same-sex marriage. He readily admits a gay priest lobby within the church hierarchy, but he has never gone so far as to discuss “sisterly love” at all.

Sister Federica believes that nuns somehow have been “written off as immune to the demons of sexual desire.”

About 10 percent of the women who take religious vows are not virgins when they do so, according to a survey on the sexual intimacy of nuns and priests published in the Journal of Marital Sex. (The same number applies to men who become priests, according to the survey.) Virginity is not a prerequisite to enter consecrated life, though celibacy is a requirement to stay.

Sister Patricia was not a virgin when she joined her religious order in her early twenties in California. But she left religious life after two decades, finding it too difficult to resist her order’s in-house parish priest. She says she was not intimidated, nor forced by him to enter into a sexual relationship, but rather she had pursued him and he denied her. She maintains that he flirted with her and led her on, but that in the end, he chose not to follow through with an affair. She does not want to use her last name to protect him, she says.

The angst she suffered made it impossible to continue her vocation, she told The Daily Beast. She left the sisterhood, met a former priest who also struggled with celibacy, and the two were married and now have three children.

“There are many cases where priests use intimidation, guilt, and pressure to coerce young nuns into sexual relationships,” she said in an email interview. “But there are at least as many cases of nuns who cannot fight their own desires, either.”

Brown said recently that when she was doing her research she was “blown away by the stuff I was reading because of the whole idea of transgressing boundaries.”

According to a study conducted by Margaret Halstead and Lauro Halstead entitled “A Sexual Intimacy Survey of Former Nuns and Priests,” which was first carried out in 1978 and which has consistently confirmed results, including an update in 2018, more than half of all nuns say they knew of sexual activity going on in their convents. Some 44 percent of the most recently surveyed say they knew of sex between sisters, while 54 percent say they knew of sexual relationships between nuns and male members of the clergy. Just over a third say the nuns they knew were fooling around were doing so with lay people, including married men in the congregation.

Giovanni Ricci says he first started an affair with a nun when he was a mathematics teacher at a Catholic school in a suburb of Rome. He and the sister were both in their early twenties, he says, and it started as an innocent flirt, but soon turned sexual. He says the nun was afraid of getting pregnant but didn't like the idea of breaking the Catholic Church’s ban on birth control.

“It was a difficult relationship, to say the least,” Ricci, who is also Catholic and suffered with his own guilt about what he was doing, told The Daily Beast. Eventually, his lover transferred to another part of Italy and Ricci lost touch with her. “She was like a normal Italian girl full of life and love, but she was more devoted to the church in the end. I felt sorry for her. It didn't seem fair that she had to choose between being faithful and sexually fulfilled.”

For the former sisters Federica and Isabel, the story has a happy ending. The two continue to work as missionaries and are planning to have children, either through adoption or artificial insemination. No longer struggling with celibacy, they will nonetheless confirm their faith as they raise a family.