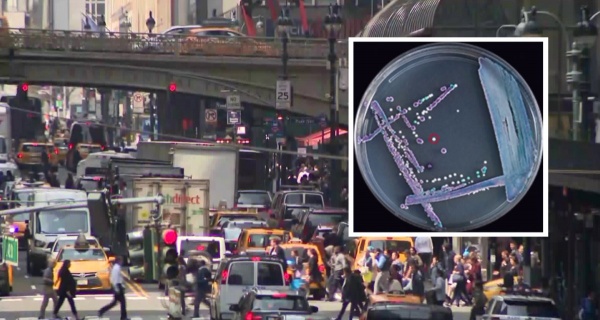 A U.S. senator is calling for federal officials to declare a public health emergency over a potentially deadly fungus that has been spreading at health care facilities in New York and New Jersey, among other states.

Sen. Chuck Schumer, D-N.Y., called on the Centers for Disease Control to declare an emergency over the candida auris fungus, which is drug-resistant and can survive in health facilities. The fungus can also remain “colonized," or active, in a patient for a long time, which can result in it spreading in those hospitals, according to the CDC.

The CDC calls it a “serious global health threat." It says the first U.S. cases started several years ago when people who had received health care abroad in an area that had an outbreak brought strains back with them.

The CDC has records of 613 cases nationwide. More than half were in the New York City area, followed by Chicago and New Jersey. The Garden State has 106 confirmed cases and 22 “probable” cases.

People at the highest risk of getting an infection from the fungus are those in nursing homes or health facilities who have tubes going into their bodies, the CDC said. Those most likely to be fatal to people already experiencing other serious health issues.

Nicole Kirgan, a spokeswoman for the New Jersey Department of Health, told NJ Spotlight last month that hospitals aren’t required to report the cases to state officials, so she didn’t know which hospitals were affected or if any cases were fatal.