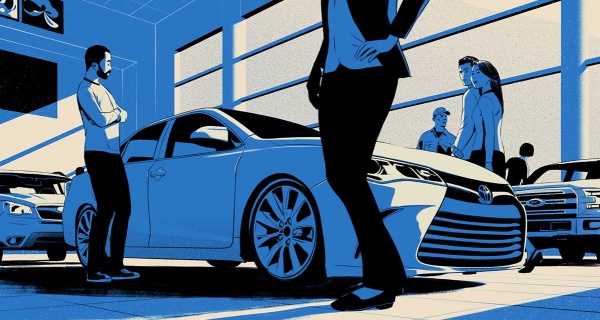 Q: I have a FICO score of 829, my husband has a score of 798. One of the things "hurting" his credit score is a lack of different types of credit.

We are looking to purchase a used car, and between the two of us, we could afford to buy it outright. Is it worth it for us to co-sign a small auto loan to help boost his credit score? If we got a loan and just paid it off immediately, would that have the desired effect of boosting his score?

A: This is not a strategy I would recommend, for a few reasons:

First, many car loans have a pre-payment penalty if they’re paid off in the first six or 12 months. Some car loans carry a nominal application fee, as well. And you’d pay maybe 5% interest on money you don’t need to borrow.

Second, a credit score of 798 (out of 850) is pretty darn good – it’s A-plus. And it’s going to get you any credit card or loan or lease you can afford at the absolute best interest rate. If you’re trying to improve a near-800 score, it’s just for bragging rights.

Third, when you try to do things like this, you may actually achieve the opposite result. Instead of improving the score, you could actually hurt it because there would be a credit inquiry that would ding him for a few points. And he would owe more money than he does now. Granted, installment loans don’t hurt your score as badly as revolving debt (credit cards), but debt does affect your credit score.

Fourth, and this is more nuanced: When you get your credit score, the bureaus almost always give you reasons why your score isn’t higher. If you had a score of 849 out of 850, the bureau would still give you some kind of reason it’s not higher. The bureau might say you have too many credit cards, when you have only two. The bureau might say your credit history could be longer, even though it goes back 25 years. The bureaus might say you owe too much, even though you owe only $400 on credit lines that total $50,000.

It would be like saying when Cleveland Browns quarterback Baker Mayfield has a game where he completes 90% of his passes and throws for 500 yards and six touchdowns, that he would have had a little bit better game if he’d thrown for 510 yards.

Bottom line: Leave it alone. The bureaus will always tell you a reason why your score isn’t higher. If you try this trick, the next time you request his score, the bureau might say you have too much debt, even though you have only a small loan for a car.